Born in 1985 in Paris (France), NEÏL BELOUFA lives and works in Paris (France). The French-Algerian artist has spent the better part of the last decade thinking about what is at stake when one apprehends reality and its representation. His practice spans film, sculpture, and installation, and draws on his interest in what actually exists and how it is interpreted, a subject he explores without moral judgment, cultural cynicism or any kind of irony - though sometimes with humour. Kamel Mennour and Neïl Beloufa have been working together since 2018.

He was nominated for the Prix Marcel Duchamp in 2015, the Artes Mundi (Cardiff, United Kingdom) and Nam June Paik (Essen, Germany) prizes in 2016. He was awarded the Meurice Prize for Contemporary Art 2013, Audi Talent Awards 2011 and the Agnès B. Studio Collector Award 2010. 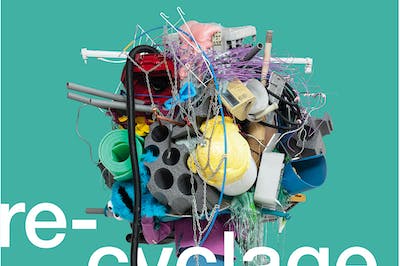 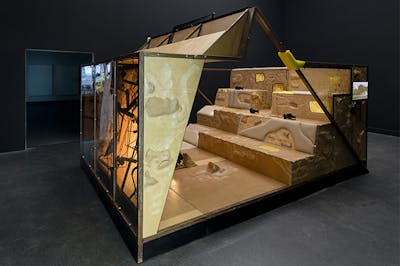 Neïl Beloufa, May You Live In Interesting Times
11 May — 24 November 2019
Venice Biennale