Produced between 2008 and 2009, and recently shown as part of the Dynasty exhibition at the Palais de Tokyo in Paris, as well at the most recent Berlin Biennale, the Temps mort project is reminiscent of the imagery associated with photo journalism or with social documentary conveyed by the media. And yet the process by which it has come about distances it decisively from a journalistic aesthetic.
Mohamed Bourouissa has, for a long time, employed sophisticated procedures to compose his shots, as illustrated by the series Périphérique and Écrans… Following these, Temps mort represents a complete break. It introduces a new development in the artist’s research, a development marked by recourse to low-tech procedures and simple and functional ways of operating. These are better suited to projects in real situations, in other words projects based on the immersion in genuine social reality, in a real-life experience shared to a varying degree. At the fringes of legality, the means used to capture real life have become the keystone of an unusual and poetic arrangement.
Temps mort is the result of a year of exchanging stills and videos, using mobile telephones, made up of more than 300 SMSs and MMSs, between the artist and two acquaintances detained at a penal establishment.
In exchange for phone credit, Mohamed Bourouissa directs from the outside how these productions are to be put together within the walls of the prison itself. He indicates and sets out, with the help of sketches and instructions, the type of shots he wishes to receive, which he then prints and re-photographs before enlarging them to life size in order to get as close as possible to the graininess of the original images.
Displayed in Room 3 of the gallery, the photographic installation, which constitutes the first phase of this project, thus exhibits fragments of daily life behind bars. Hung at “real height”, in other words in such a way that each object, figure or element of the scene lies at roughly the same height it occupied at the moment the shot was taken, the nine photographs of the series engage the viewer’s body in the very process of exposition. We are left free to reconstruct a complete representation of this prison universe, to mentally fill the blanks between the image, the spaces that exist between the bed, the saucepan, the radio, the barred window, the lamp, etc…
Offering, as its title indicates, a reflection on time, on time suspended, it was natural to enrich the project by branching out into video.
Presented in the tube, the film Temps mort is the product of a reciprocal exchange of short video clips, spliced one after the other. Remotely controlled views of daily life behind bars: the ordinariness of a washbasin, a green plant or a plate of pasta with butter; set against scenes of life outside: the streets of Paris, a night of lovemaking, or coastal landscapes. There is no sensationalism or pathos – merely a nakedness and a simplicity which place the viewer/voyeur in a situation of humility.
And yet, how is possible not to think of those who struggle behind these walls? How is it possible to refrain from expressing our indignation concerning France’s prisons, their famous exercise yards, those lawless zones, their insalubrious showers and the four rolls of toilet paper a month… All this gives rise to an unspoken tension. Whilst juxtaposing the two viewpoints, the film retains a sobriety that paradoxically reveals a truly violent human situation. The subjects being discussed and the affinity of language, which the artist reveals to us through the incorporation of a few text message conversations, consequently give rise to a contradiction and give this stereoscopic exchange a sociological density and reality.

Without pretence, Mohamed Bourouissa succeeds in establishing a situation of sharing, of living together with a person deprived of his freedom. Here, the poetic is interlaced with pain. The social control of the body is carried out through detention, and this reality is made to seem almost strange. Strangeness as understood by Camus – in other words absurd, owing to a certain reciprocity between the two actors, whose thoughts and exchanges develop like those of free men. Here, as in the final pages of The Stranger, there a way of breaking down the rules of incarceration and submission, a way of surpassing manmade justice through a human relationship of the most humane and sensitive kind. Obviously, this brings to mind the principle which, if one believes Max Weber2, lays down violence as one of the conditions necessary for the organisation of the state… 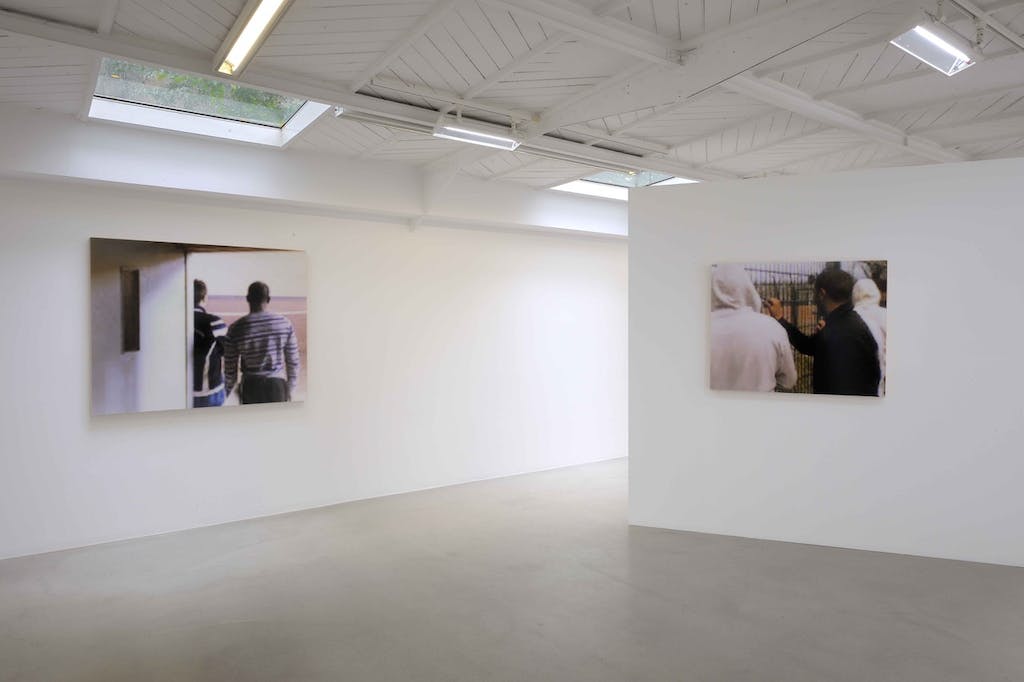 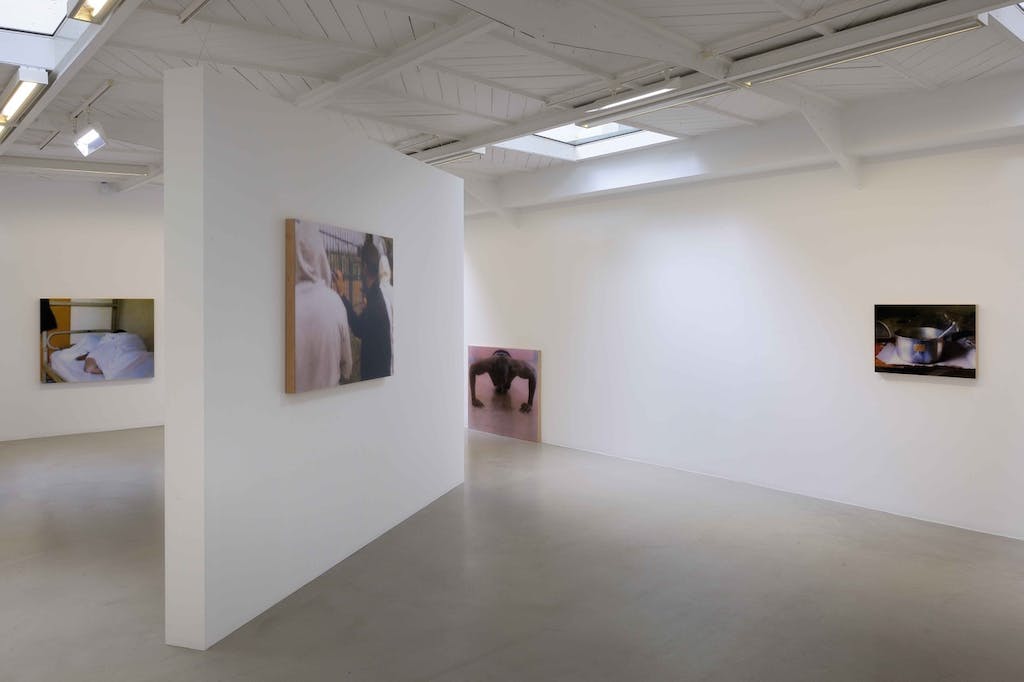 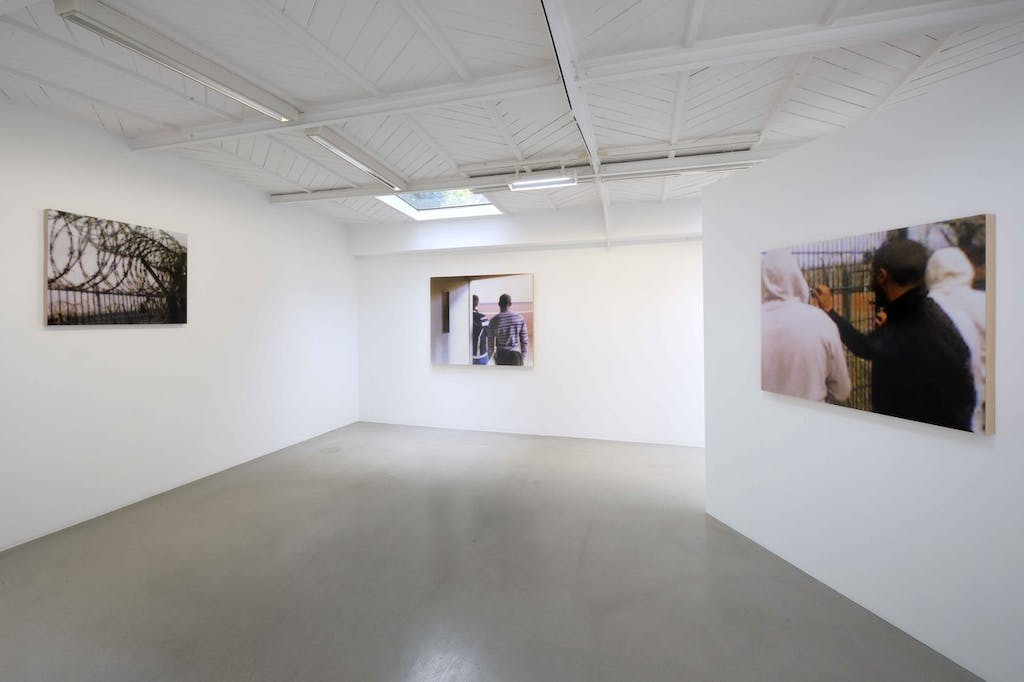 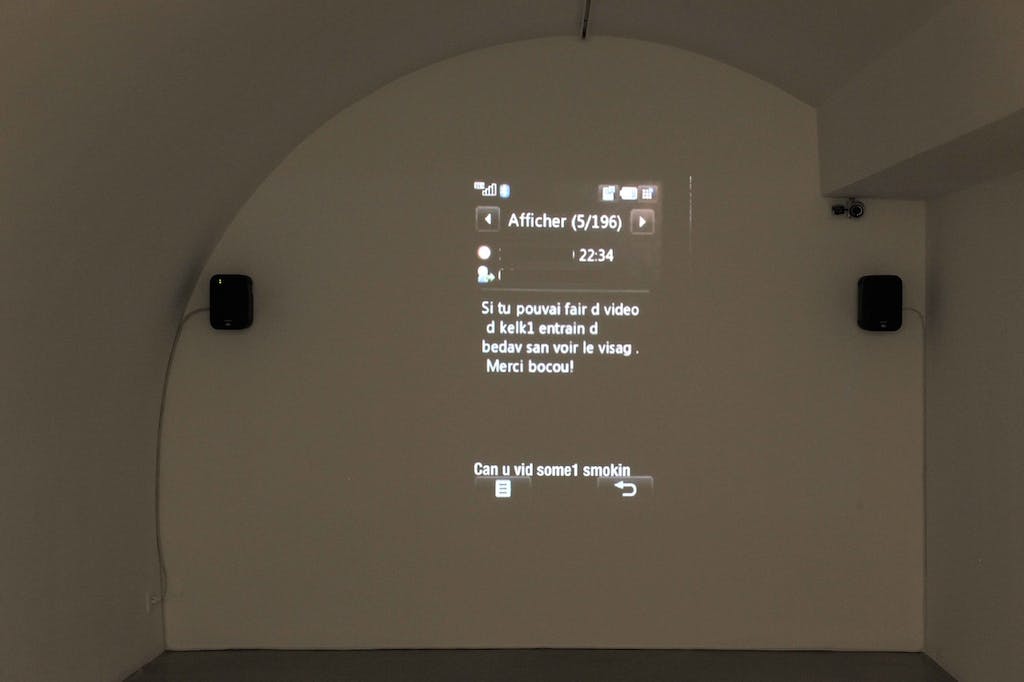 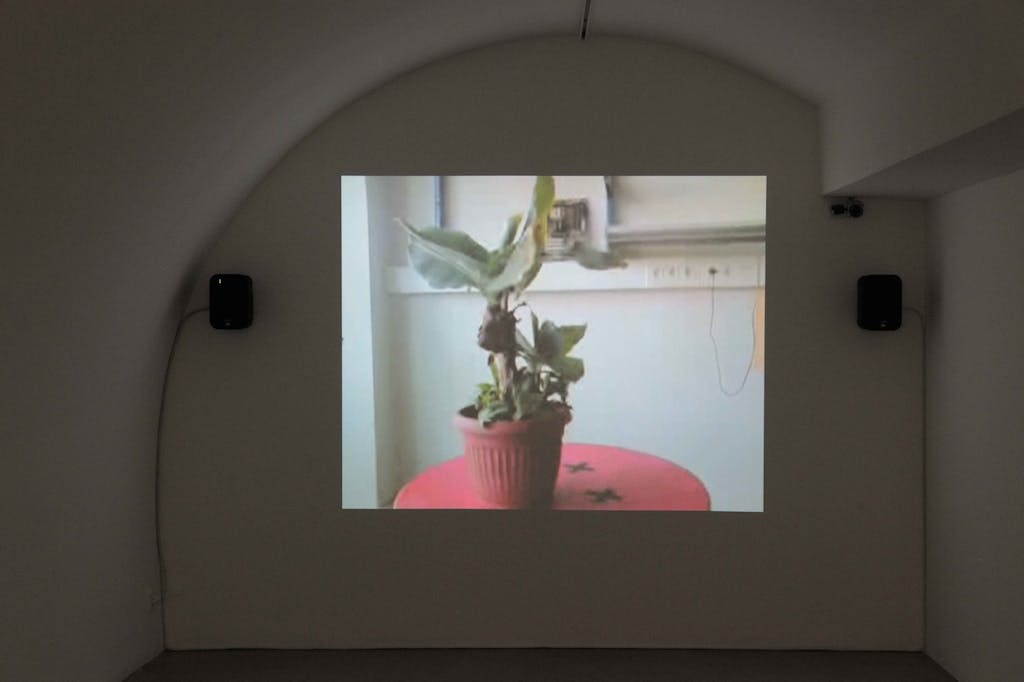 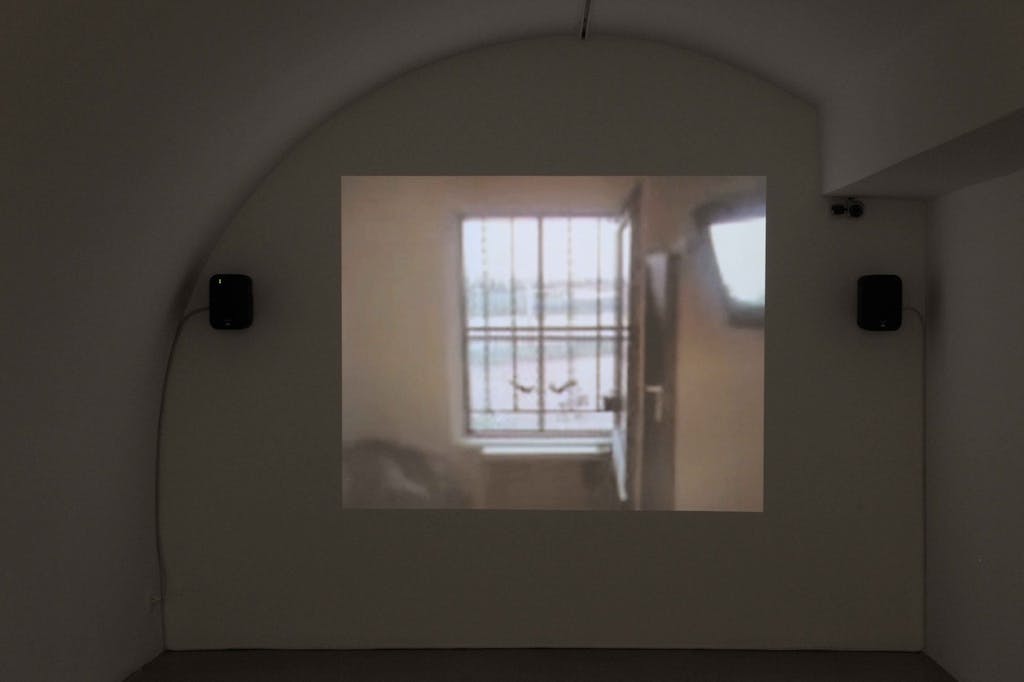 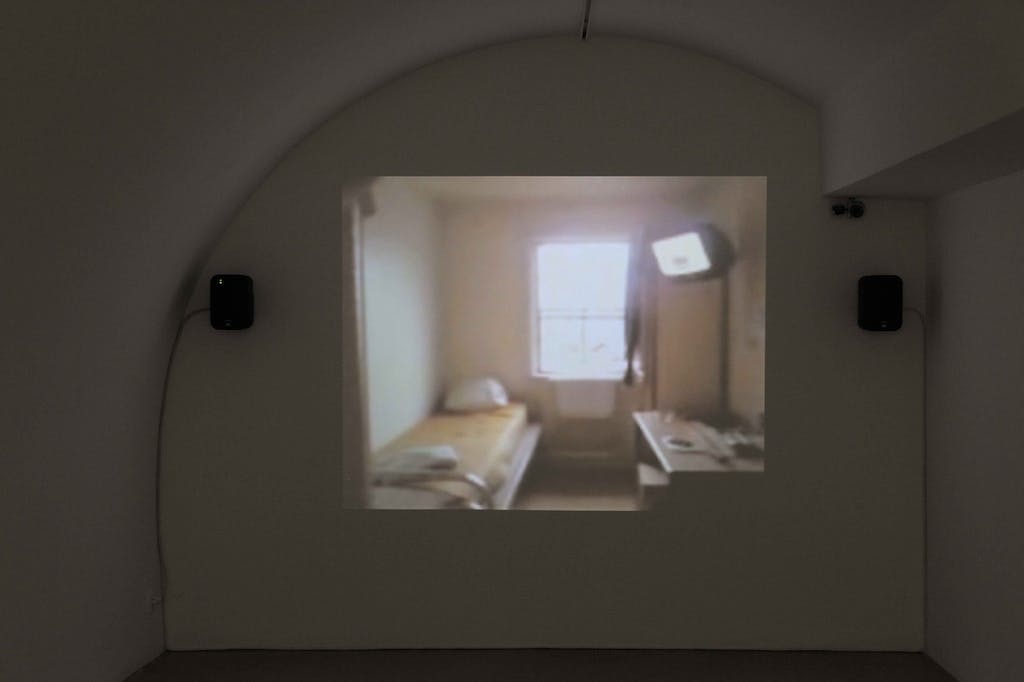