kamel mennour is pleased to present Hustling, the fourth exhibition of the acclaimed Algerian-born Paris-based artist Mohamed Bourouissa at the gallery, and the first at the London venue, taking place simultaneously with Urban Riders, a museum display of works from the same project at the Musée d’Art moderne de la Ville de Paris. Selections from this body of work have previously been exhibited at the Barnes Foundation, Philadelphia, Stedelijk Museum, Amsterdam, Studio Museum in Harlem, Montreal Museum of Fine Arts, Canada, basis, Frankfurt am Main, Lyon Biennale and Haus der Kunst, Munich.
The works on show in London and Paris derive from a project initiated by the artist in 2013, inspired by the Martha Camarillo’s Fletcher Street photographs of the black inner city ‘cowboys’, or horsemen, as they call themselves, of inner city Philadelphia. The horses are mostly acquired from livestock auctions, and thereby spared a more ignominious fate. They are kept in stables dotted around the impoverished neighbourhood of Strawberry Mansion on abandoned land. Horsemen look after the animals and teach the local youth to ride them.
Bourouissa spent 8 months in Philly, drawing, photographing and filming this community, building many personal relationships in the process. Out of this, came photographs, films and three-dimensional works. This London exhibition focuses on the assemblages, which the artist began in his Paris studio in 2015. The wall-mounted reliefs and floor-standing sculptures comprise arrangements of fragments of car bodywork, trimmed or cut into asymmetric and jagged forms, onto which the artist has printed his photographs of local scenes, streets and riders in a non-digital silver gelatin process. In a gesture of social reversal typical for his work, informed by the discourses of identity politics, Bourouissa takes the conventionally white American culture of cars and Western and presents us with its appropriation by a black community. His use of materials is, to use the same word with a different meaning, impressively appropriate: the silver gelatin process gives the images, though contemporary, a faded archival aura, like old 19th century ethnographic photography, while evoking the shiny metallic surfaces of modern cars. As much as it is socially engaged, the work is also highly aestheticized, self-consciously propelling itself from the ghetto to the gallery, with its alluring modernist geometry and glowing jewel-like palette of turquoise, emerald, silver and crimson.
Bourouissa speaks of these motivations for the techniques of these pieces:
“I printed the images on the cars as a reflection of the distortion of the reality. As a French-Algerian artist I came to this American city with my own perspective, but I do have some commonality with Afro-American history. When I started to look at this period of the 1960’s and 1970’s, I saw it was an interesting moment in the history of post-colonialism. Eldridge Cleaver, the leader of the Black Panthers, spent a lot of time in Algeria in exile. A lot of people in this time came from oppressed communities and they found themselves together there – Panthers, Marxist-Leninist revolutionaries, Fanon – and started to consider what they shared. I took a lot of pictures in 9 months. After I came back to France, I started to look at them from my own perspective – it is important that the car panels do not come from American but from European cars, and all from the area where I live. The title of my London show “Hustling’” means that you find the best way to live.”
In these works, Bourouissa performs a journey in two directions, driven perhaps by a postcolonial disregard for Western hierarchies of genre and medium, or perhaps more prosaically, as a North African artist from an unprivileged neck of the woods, naively unaware of them. On the one hand, he appropriates into these works large chunks of post-war American art – another gesture of reversal, this time of cultural colonisation. Bourouissa’s new sculptures are redolent of Frank Stella, John Chamberlain, Warhol, Richard Prince and Rauschenberg, as well as of any number of twentieth century collagists – a deft and surprisingly unjarring synthesis. At the same time Bourouissa does the rarefied world of fine art a favour, by plunging it into the cut-n-paste aesthetic of Les Banlieues, and relocating it amidst the voices of resistance of urban French Hip Hop from Supreme NTM, Arsenik or Booba, as well as of the cinema of La Haine (1995, director Mathieu Kassovitz) and Un Prophete (2009, director Jacques Audiard).
The intricate crosstown cultural traffic of Bourouissa’s art recalls the time-lapse choreography of a crowded intersection, as social, cultural and economic currents moving in multiple directions pass across the surface of his works, defying any threat of collision, as if organised by traffic lights and slipways. Or perhaps the work of this Algerian-born resident of Paris’ deprived outer suburbs should be better compared to one of the busy and dusty towns of the North African Mediterranean, where merchants, bearing goods from distant cultures, compete for attention in dense bazaars, their dissonant voices combining in one unpredictably harmonious soundscape. 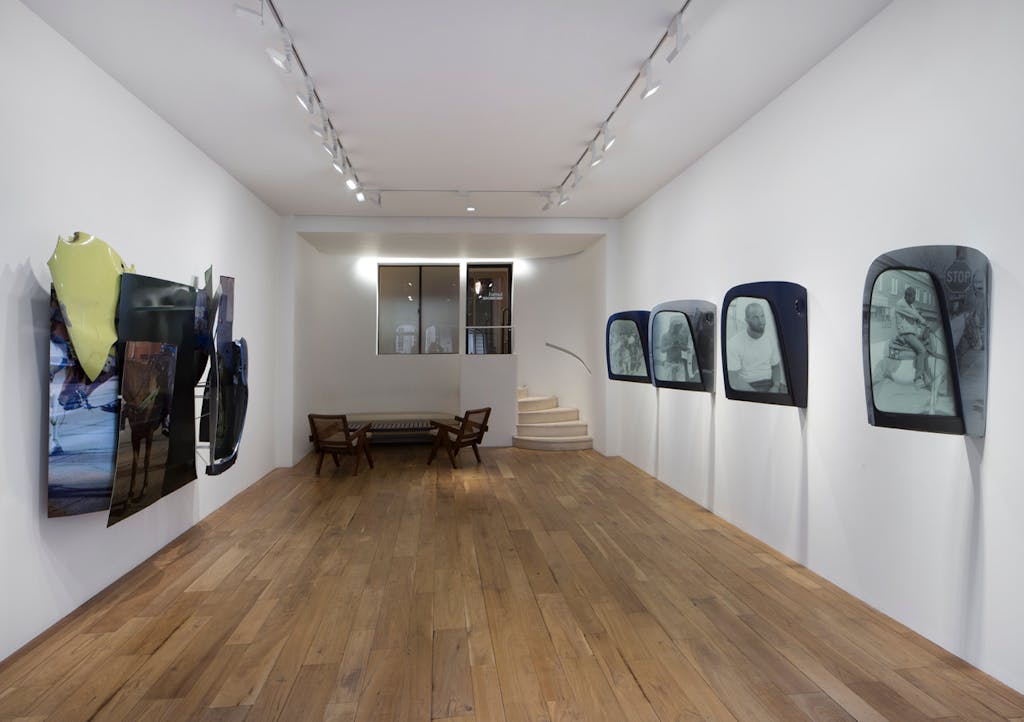 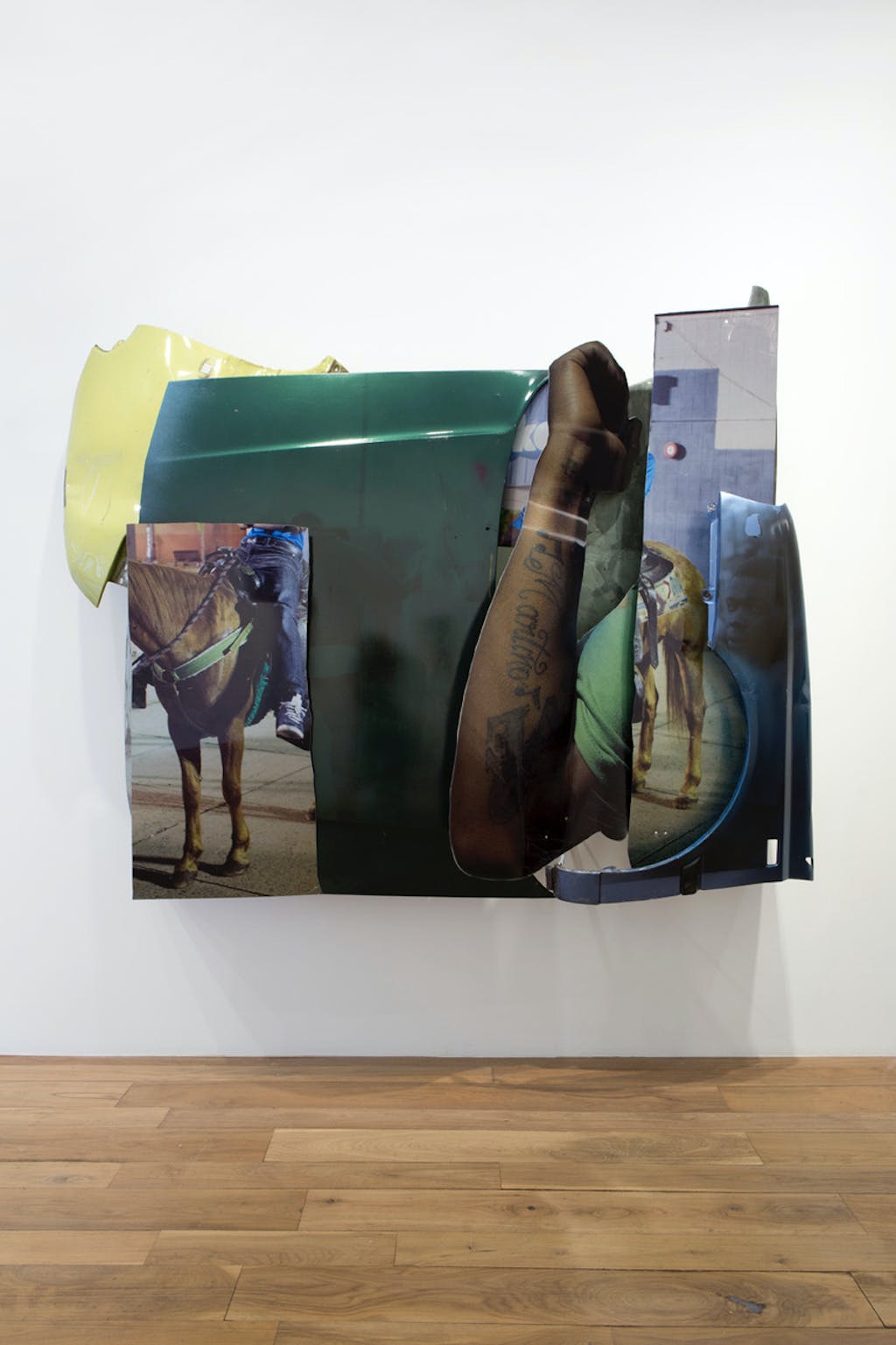 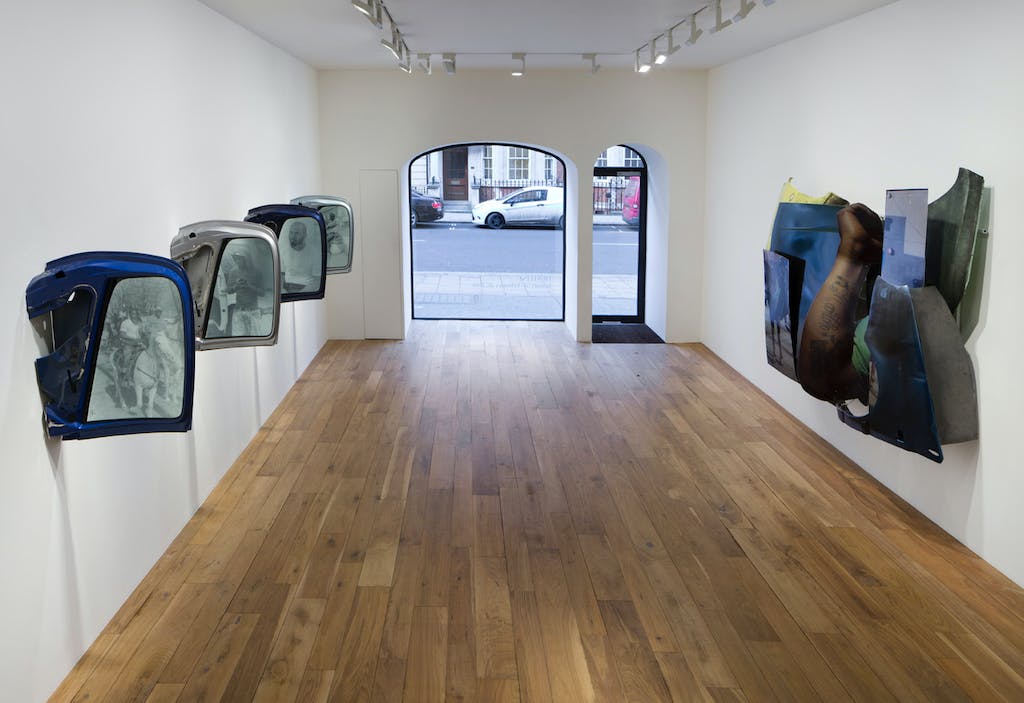 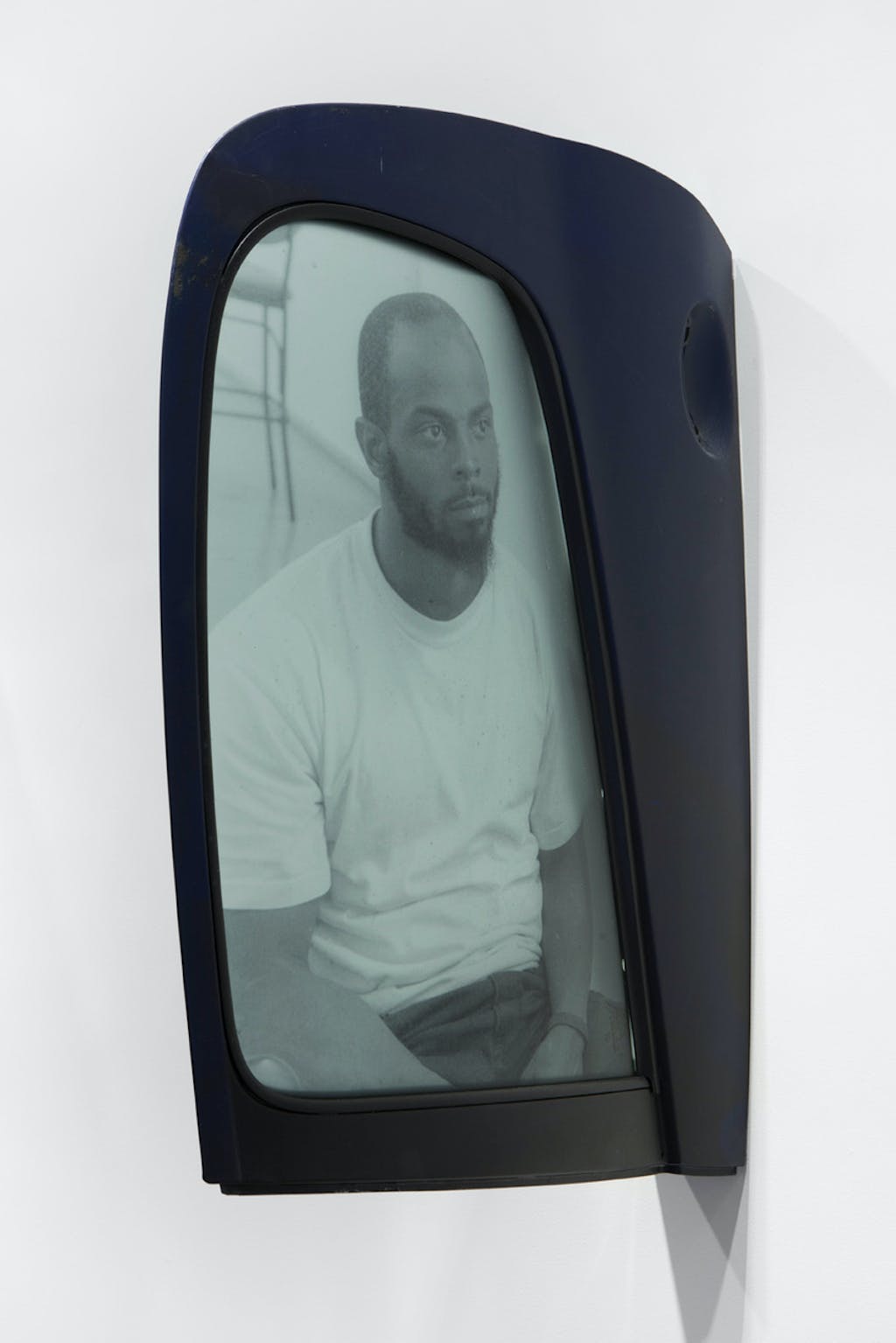 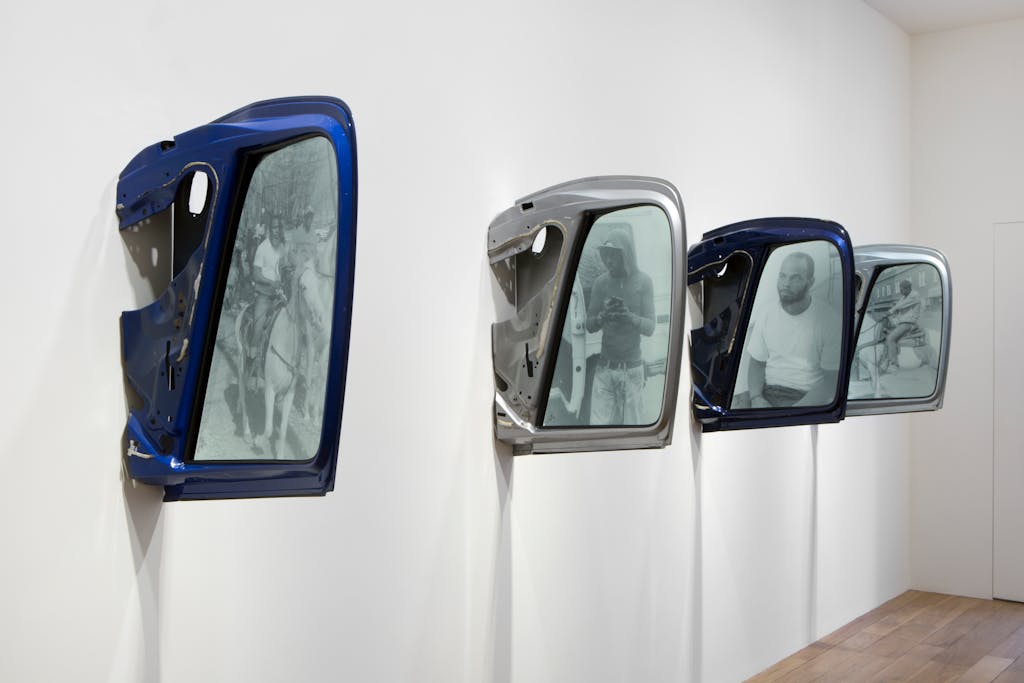 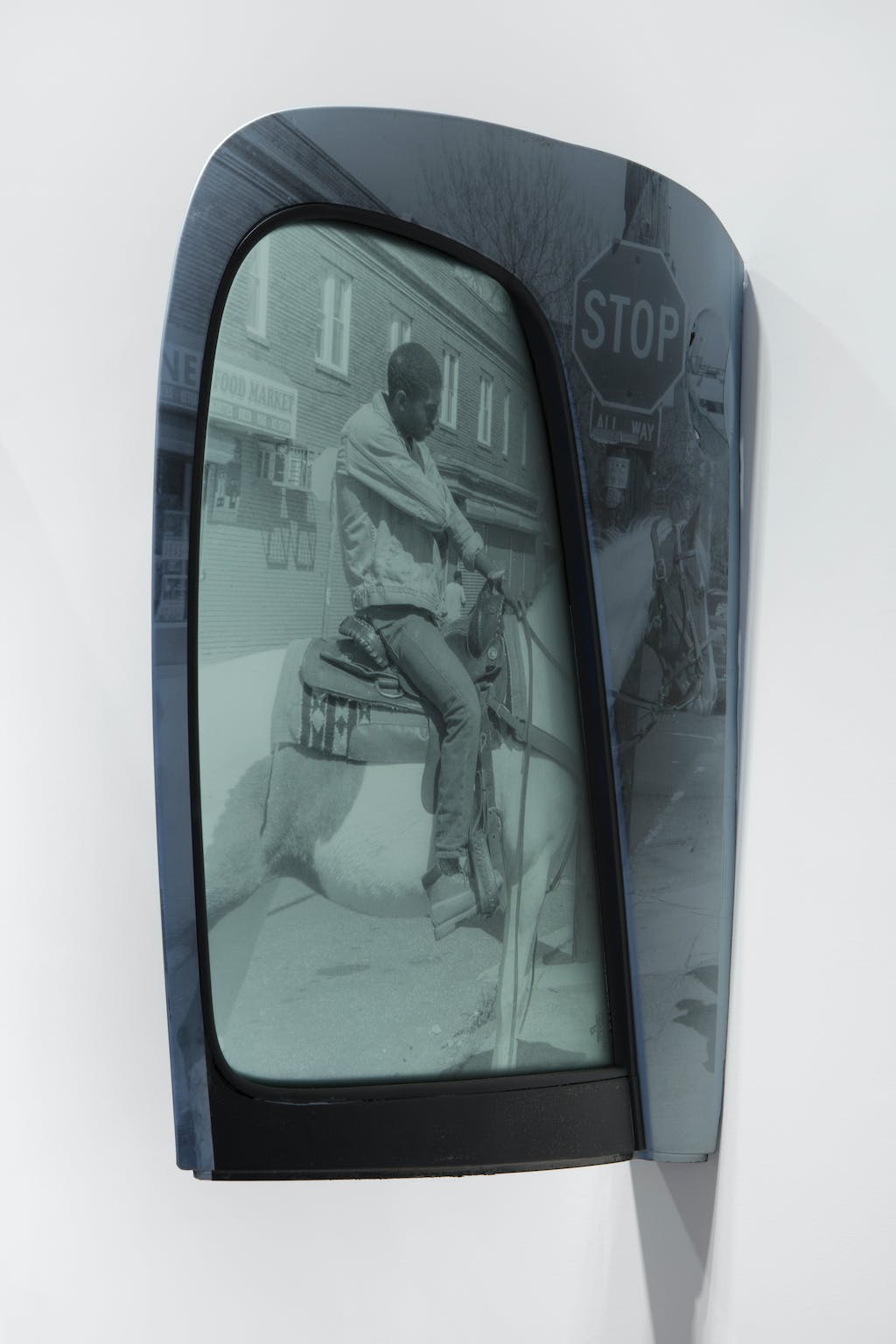 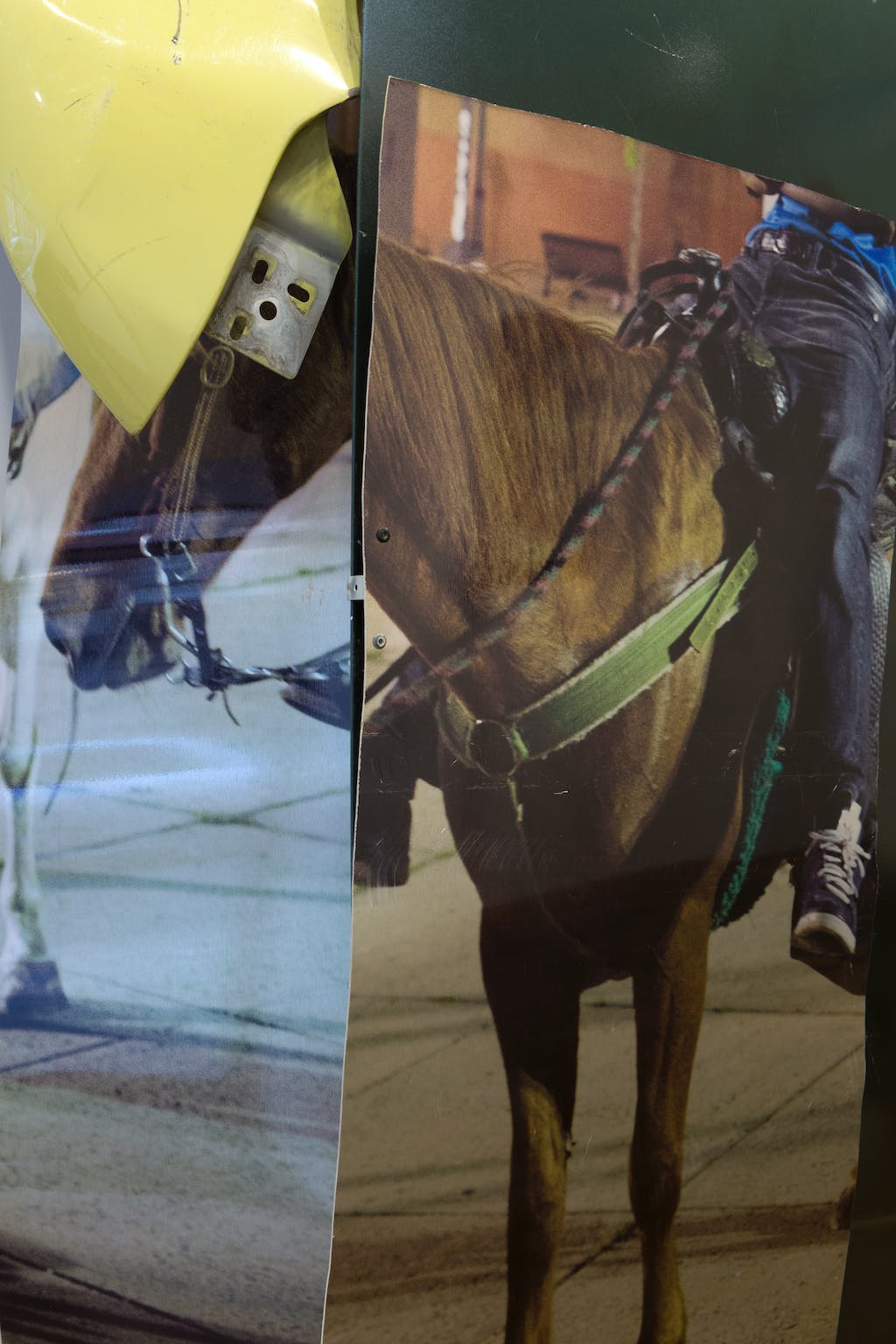 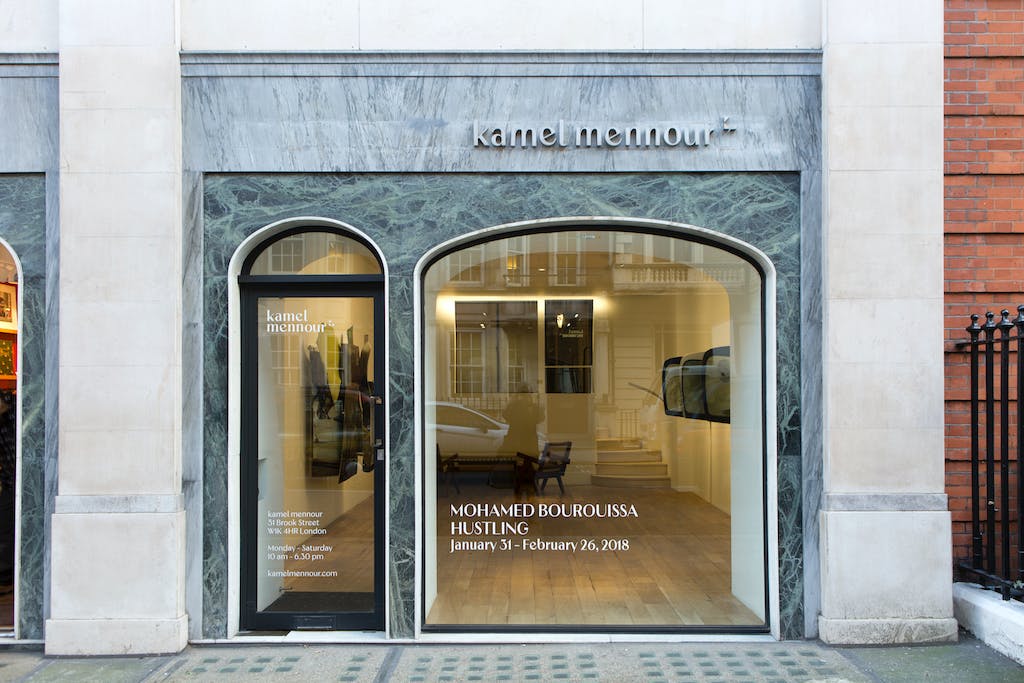