They are urban centaurs, street horsemen galloping with what they’ve got. They live in a northern suburb of Philadelphia and they are known as the Riders of Fletcher Street. They mount their horses among the cars, ride out to the park and back, but act like cowboys out of a Western. Over a nine-month residency, Mohamed Bourouissa spent time with them and suggested, in his fumbling English, organising a ‘Horse Day’: a competition in which, paired-up with students from Pennsylvania Academy of the Fine Arts, each rider would dress up his steed in parade gear—and may the most valorous win. One video shows the months of the lead-up and another the famous ‘Horse Day’, with trophies sculpted by the artist.
‘Hustling’, Mohamed Bourouissa’s third solo show at galerie kamel mennour, displays the facets of his experience in Philadelphia in an installation where backstage and front of stage offer up multiple points of entry, as much semantic (encounters, myths, social and class relations…) as formal (video, sculpture, photography, layout)… The central question is one of alterity. For the inside and the outside, the centre and the periphery, the other and the same are at the heart of the Franco-Algerian artist’s enquiry. His work, ‘Temps mort’ [Dead Time], for which a friend in gaol sent him images of his prison with a mobile phone, left a deep impression in 2009. The place
of the inside and the outside was thrown out of kilter. Likewise in the series of photographs, ‘Périphérique’ (2008), where the margins are given centre place, and in ‘All-In’ (2012), with its one-off medallions manufactured at the venerable Paris Mint and bearing the profile of French rapper Booba.
Mohamed Bourouissa translates between worlds, a player making carom shots where it is two planes of reality that collide. The resulting revelations hustle the real, plugging it with the power of the imaginary. ‘The imaginary exists profoundly,’ the artist affirms. ‘It’s what allows you to fold up the present to produce futures. The question of the imaginary is fundamentally political.’
Because art interprets, shuffles the cards, gives the wheel of fortune another spin. Here contemporary mythologies are deboned and carved into parcels of life. Cars and motorbikes, like horses, are extensions of the body, powers of displacement and value. Exploded into wings, bonnets, doors, the myth becomes the medium for fragments of existence. The motors’ roar and the horses’ galloping propel bodies and landscapes towards an imaginary made up of images from films, stories of cowboys and Indians, rock paintings and noble steeds from the brushes of Uccello and Géricault…
But the horses of Fletcher Street are no thoroughbreds. They live at the poverty line in an economy of every-man-for-himself. The video projected on the car bonnet shows this. We are in a rear courtyard. We can hear the strained exchange between the horse dealer and the moneyless buyer. The horse is frightened, a victim of the transaction and its tension. Just to the side, Mohamed Bourouissa has installed a sculpture. Its neon, a luminous unicorn horn, lights up another direction. The fantastic animal opens the way to the possibility of utopia, invention, change. Like Rossinante, Don Quixote’s nag, it trots towards visions that modify the limit between the hallucinated imaginary and the reinvented real. Borders that Mohamed Bourouissa endlessly redraws as he re-writes the world. 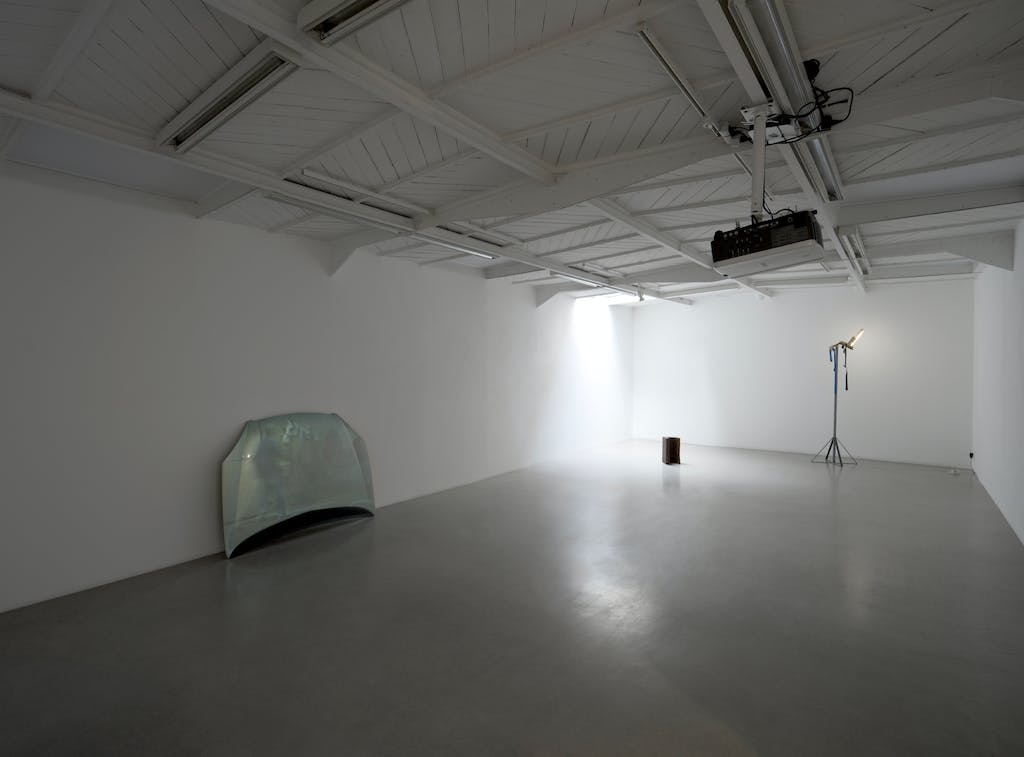 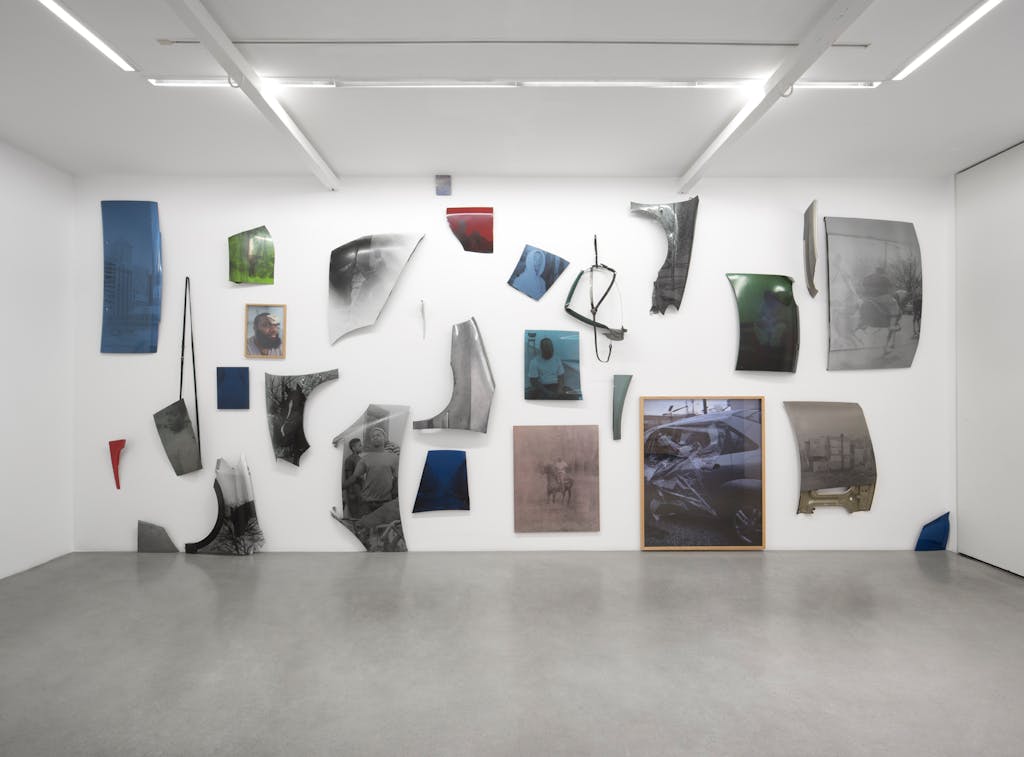 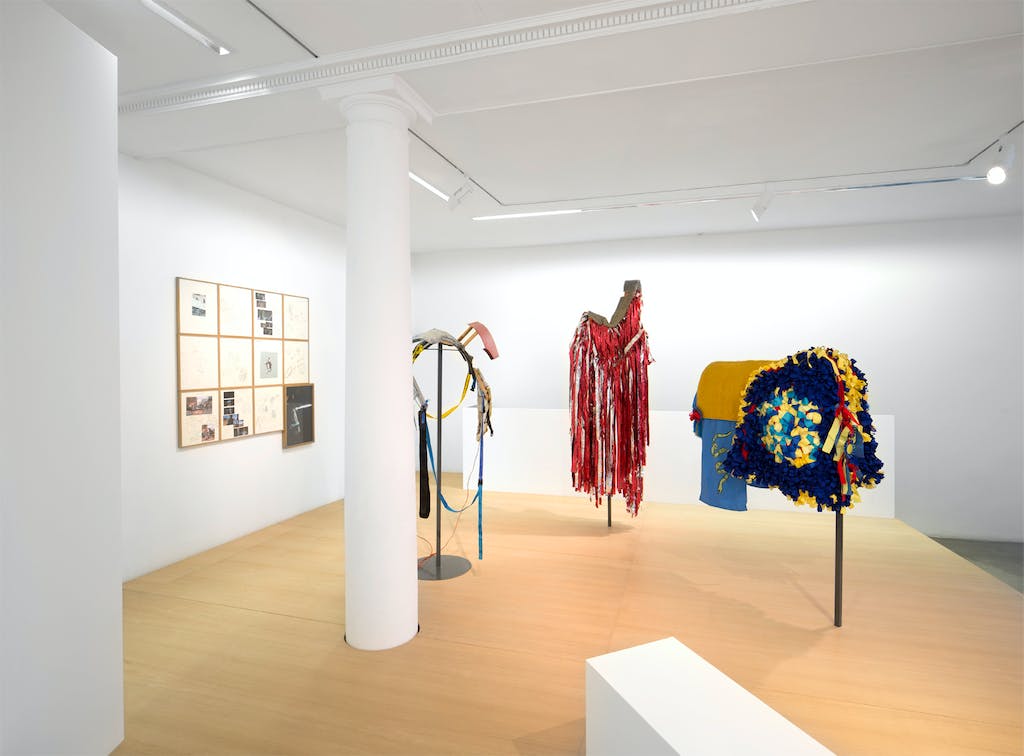 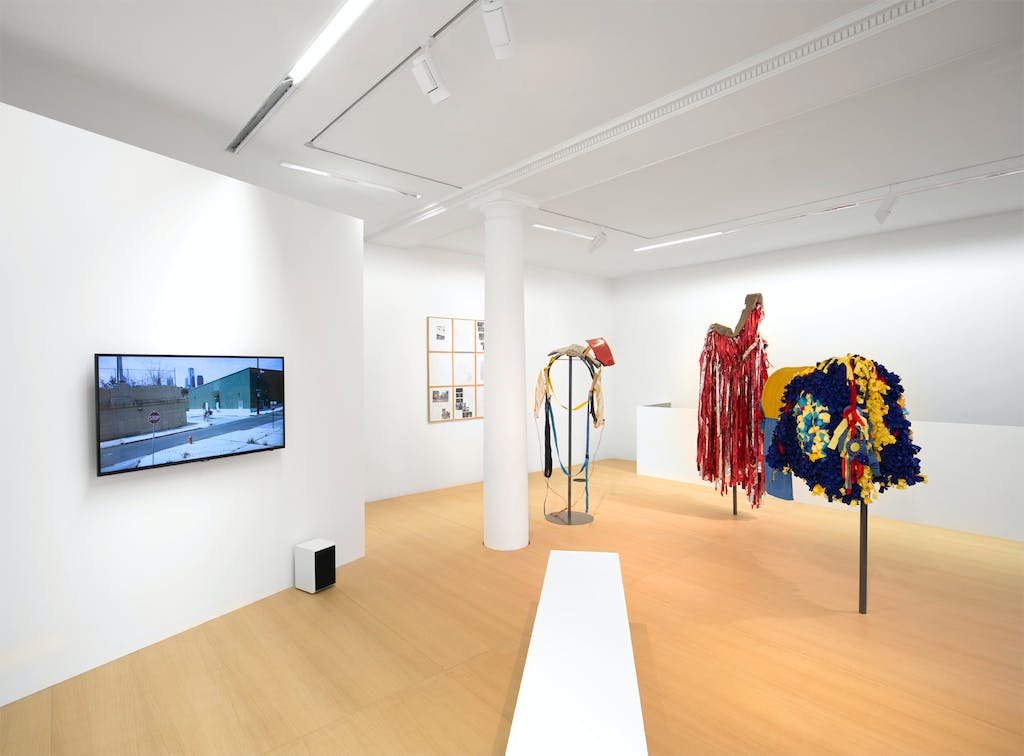 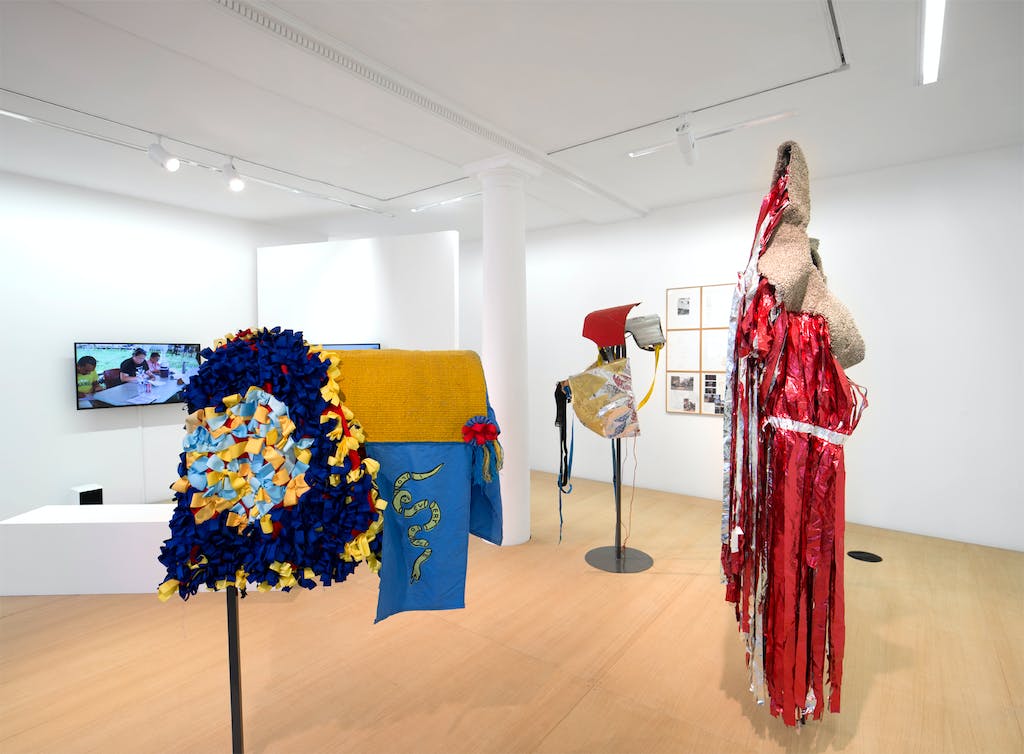