kamel mennour is pleased to present Walt Disney Productions, the first
exhibition of the acclaimed French artist Bertrand Lavier at the gallery.
Bertrand Lavier’s series Walt Disney Productions, inaugurated in 1984,
began quite literally with a Walt Disney cartoon published in Le Journal
de Mickey under the French title Traits très abstraits (a play on words
meaning literally “very abstract lines”), which told of Minnie and Mickey’s
visit to a modern art museum. Bertrand Lavier isolated the narrative’s
paintings and sculptures and enlarged them to the presumed format.
In so doing, he short-circuited the circuit of representation by making
tangible (raising to the status of art) that which until then was merely
décor and fiction. The photographic paintings and sculptures made
from this cartoon are now destined to float in an undecidable space in
that they retain the form of their original “territory” though they have
actually left it behind. They are not the enlargement of drawings with
modern art for subject, but perfectly iconic paintings and sculptures
that embody a certain doxa of modernity. Bertrand Lavier’s translation
brings to light a repressed dimension of reproduction, which reaches
beyond stereotype to attain a form of universality. In this respect, Walt
Disney Productions is more than an ironic commentary on art a told to
children; it reminds us, as the artist says, that “it is the virtual world that
enables us to approach a deeper reality. ” 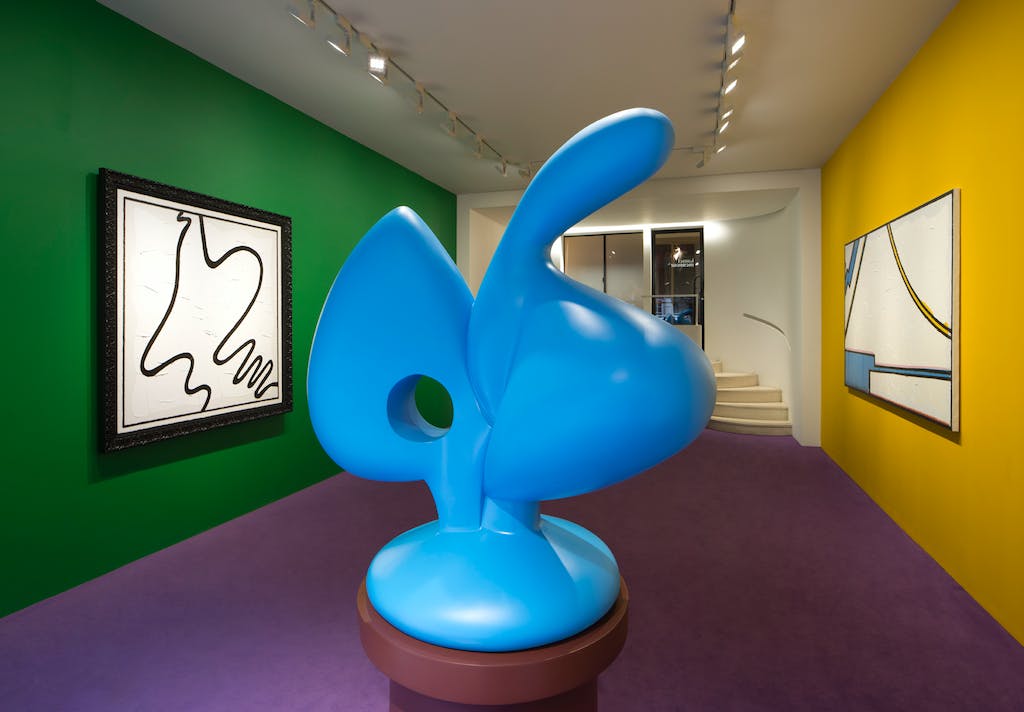 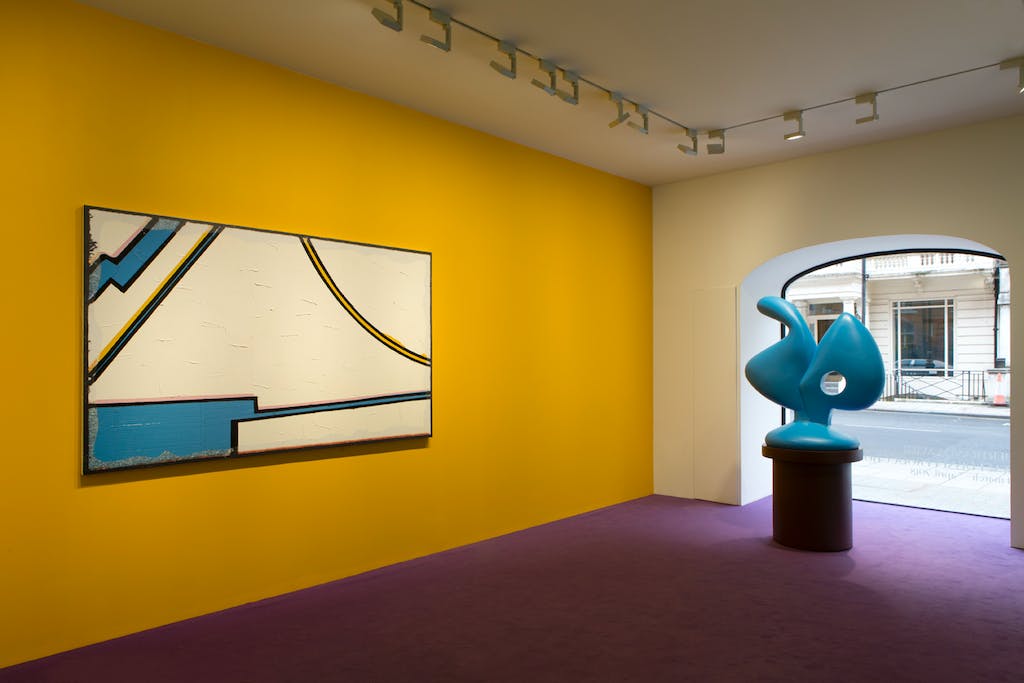 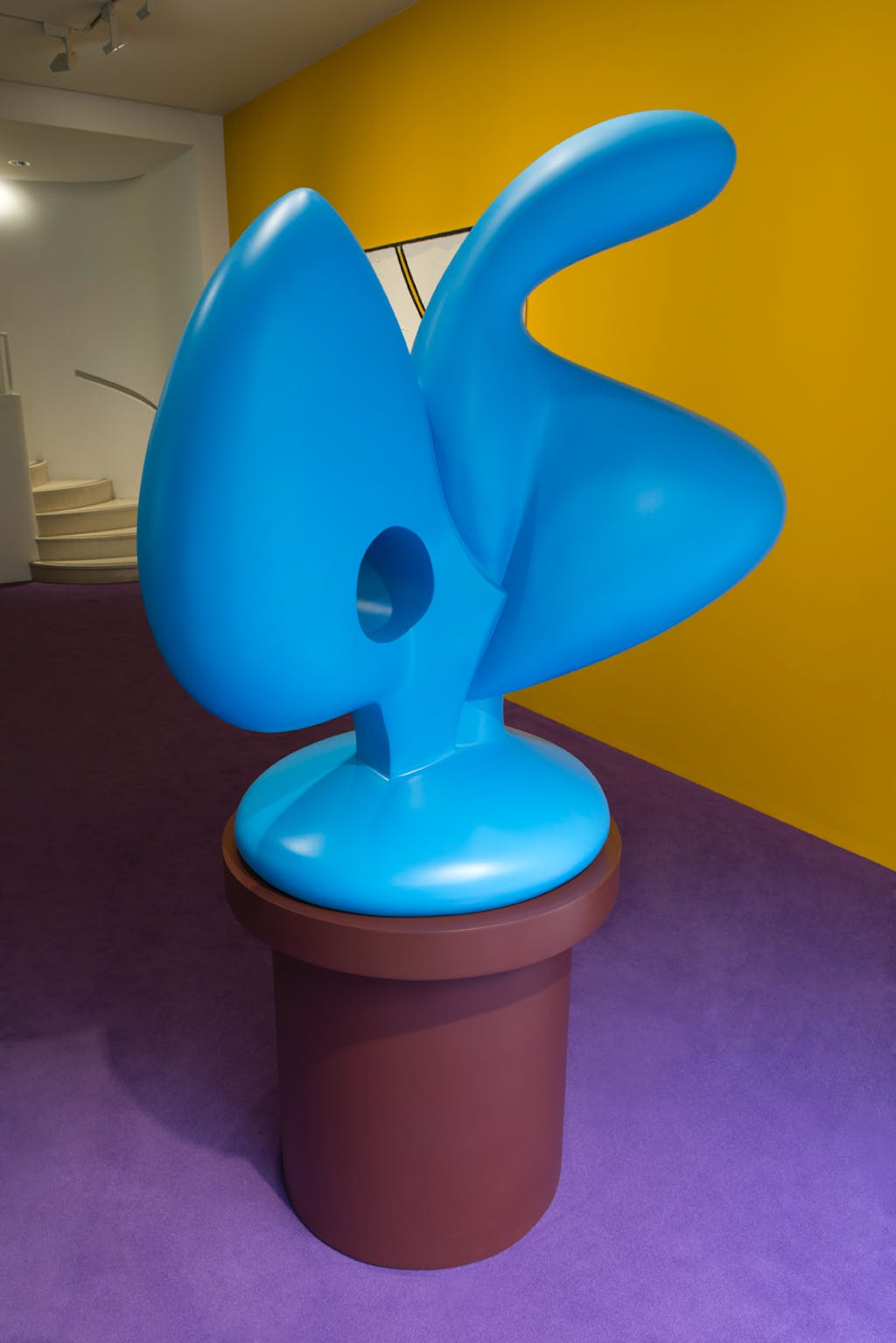 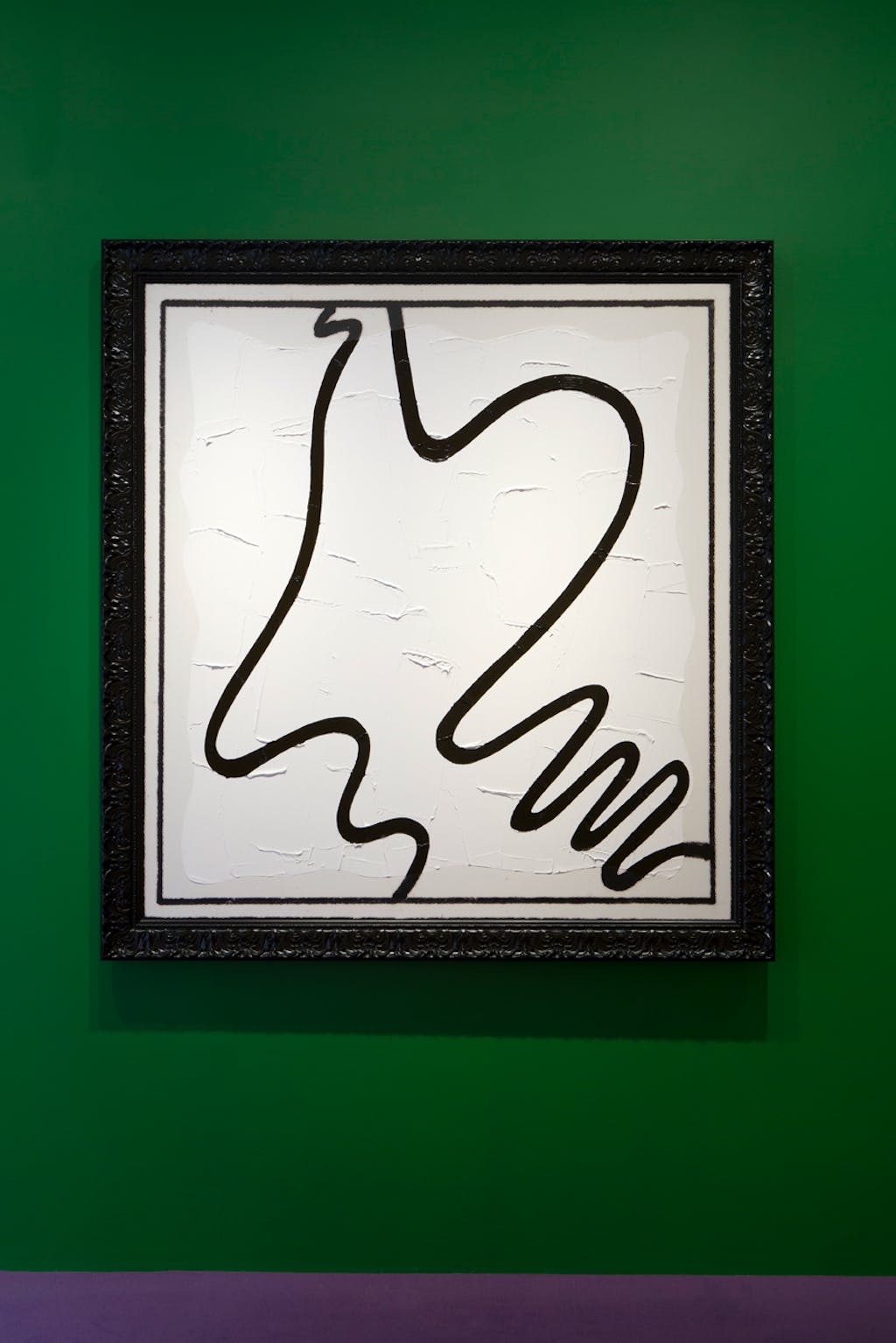