Kamel Mennour is pleased to present “Under the Water”, Tadashi
Kawamata’s second solo exhibition at the gallery.
Made, in part, using reclaimed timber, the Japanese artist Tadashi
Kawamata’s works sometimes give the impression of pouring forth
like a river bursting its banks. This is true, most notably, for the
Gandamaison project at the Maréchalerie art center in Versailles
in 2008, for which the artist assembled more than 5000 wooden
crates that appear to be tumbling down from the roof of the
Jules Hardouin Mansart building.
For his second solo exhibition at galerie kamel mennour, Tadashi
Kawamata is putting together a project destined to unsettle.
Walking into the courtyard of no. 47 rue Saint-André des arts,
visitors will be startled to see the sky blotted out by a kind of
perforated ceiling, made up of pieces of wood put together in
anarchic fashion. Throughout their journey around the gallery’s
three ground-floor spaces, they will be towered over by this
strange and disturbing hanging pergola, which appears to be
animated in places by a slight swell.
The artist has already created environments similar in form, one of
them being at Munich’s Haus der Kunst in 1998. However, this new
Tadashi Kawamata sculpture marks a departure from his previous
works due to its dramatic dimension. Affected by the
catastrophes that have wreaked havoc in Japan this year, the artist
has conceived of his structure as a motionless and deadly wave, in
a reference to all those bits of broken wood carried along by the
receding tsunami, which saturated the ocean surface with their
sheer quantity. These remains of coastal houses and villages, which
are faintly reminiscent of votive offerings, are also fragments of
broken lives – departed souls destined to roam the edges of the
Pacific Ocean forever. Which is why, in this new installation
entitled Under the Water, the artist turns the world upside
down, so that the surface of the water becomes, very simply, a
sky. 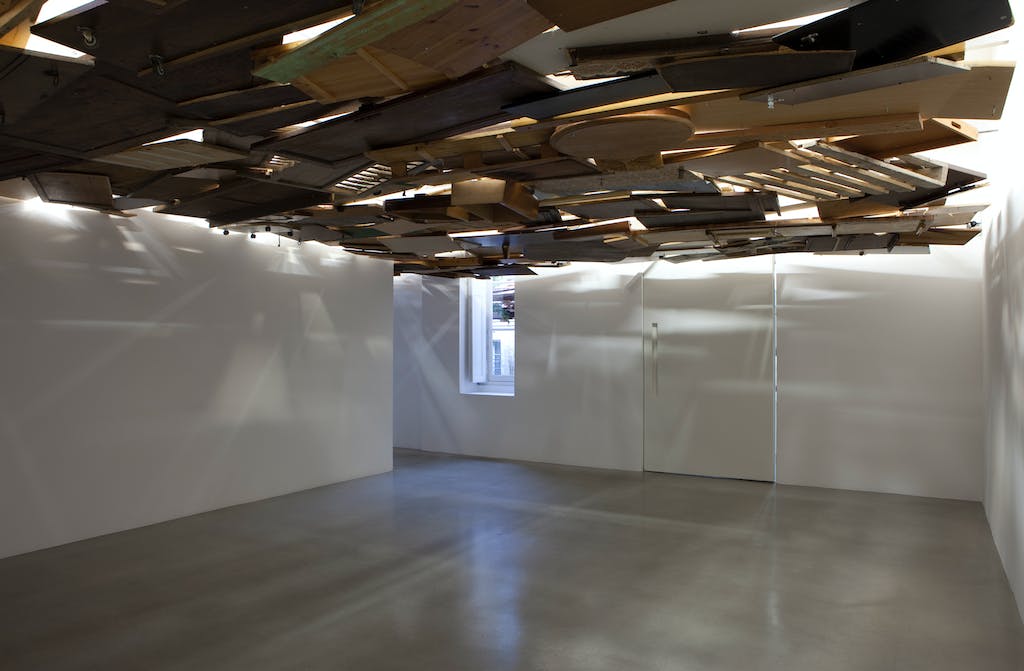 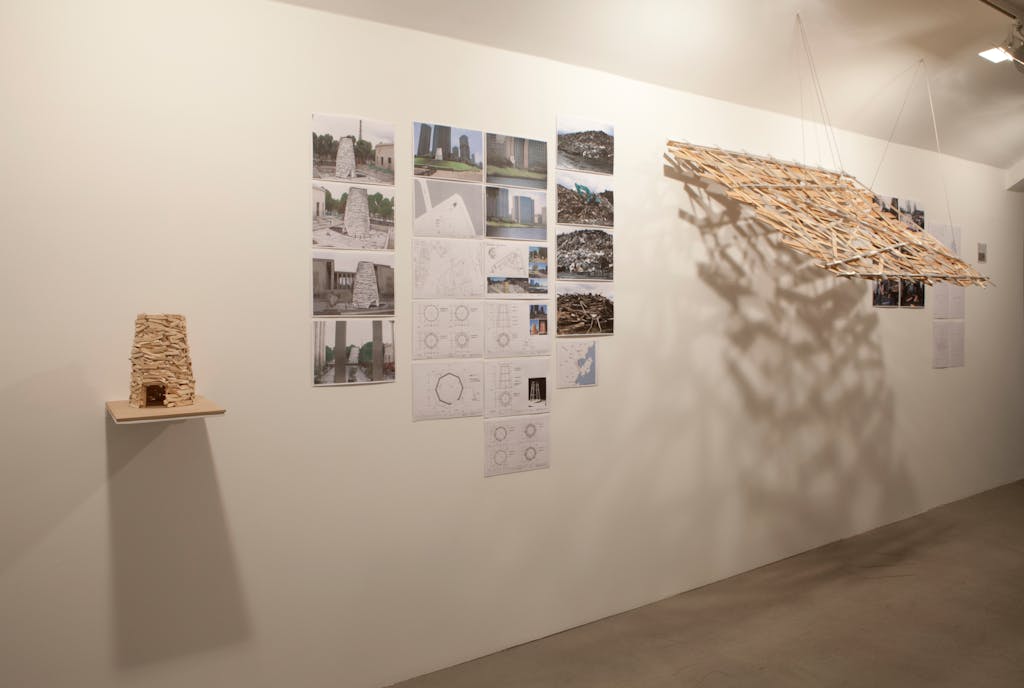 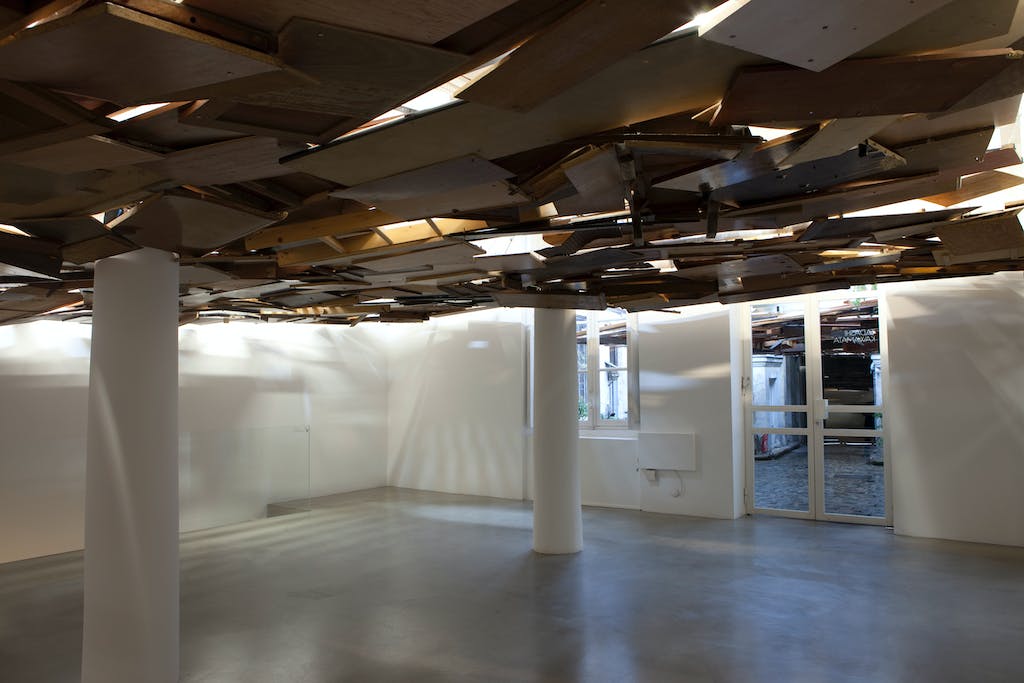 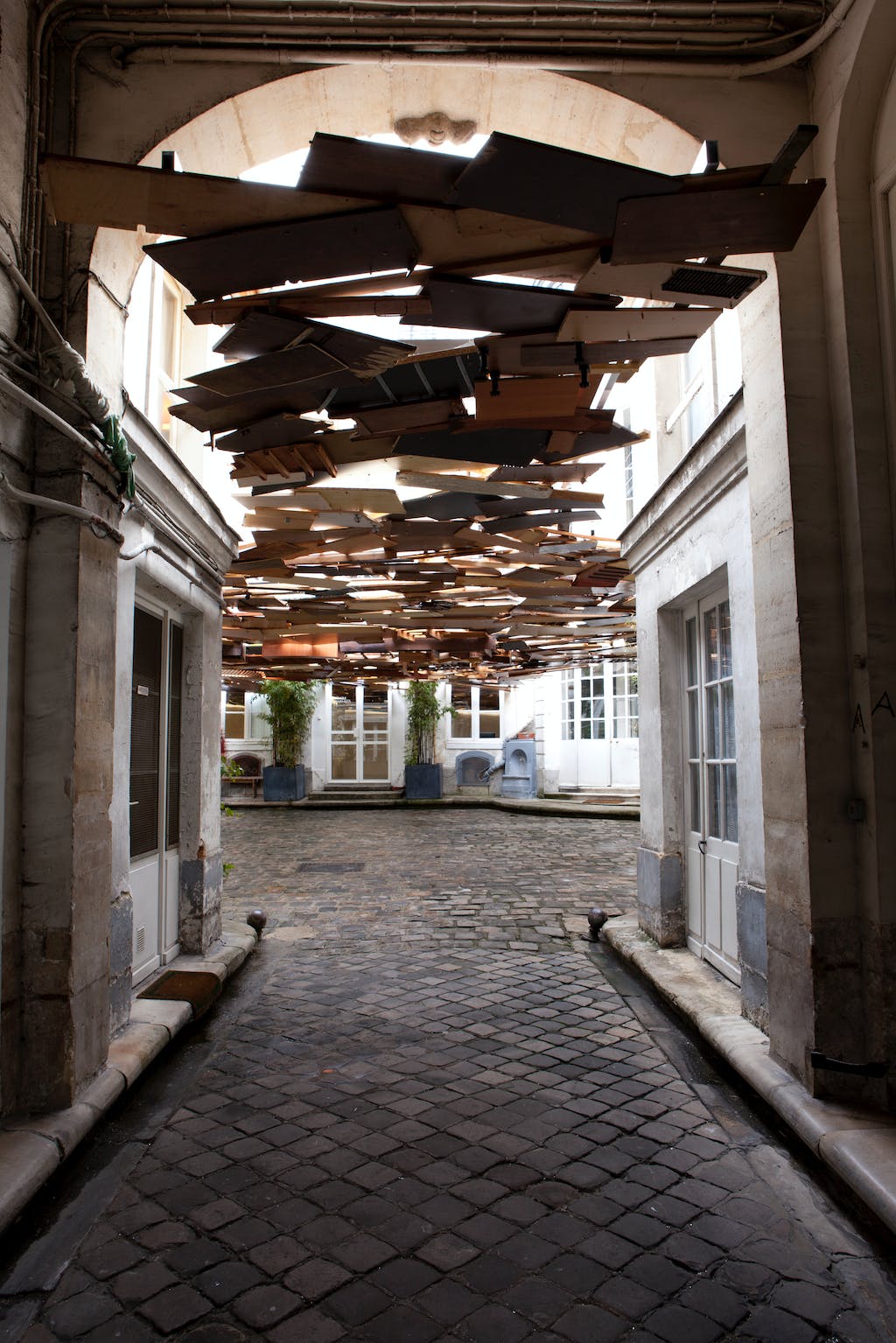 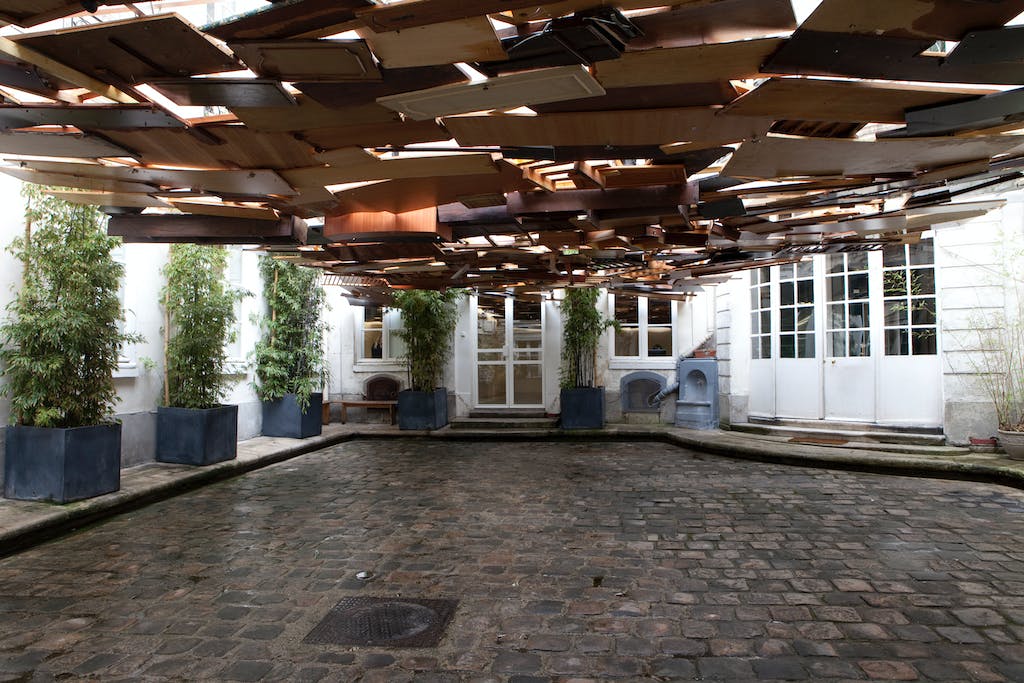 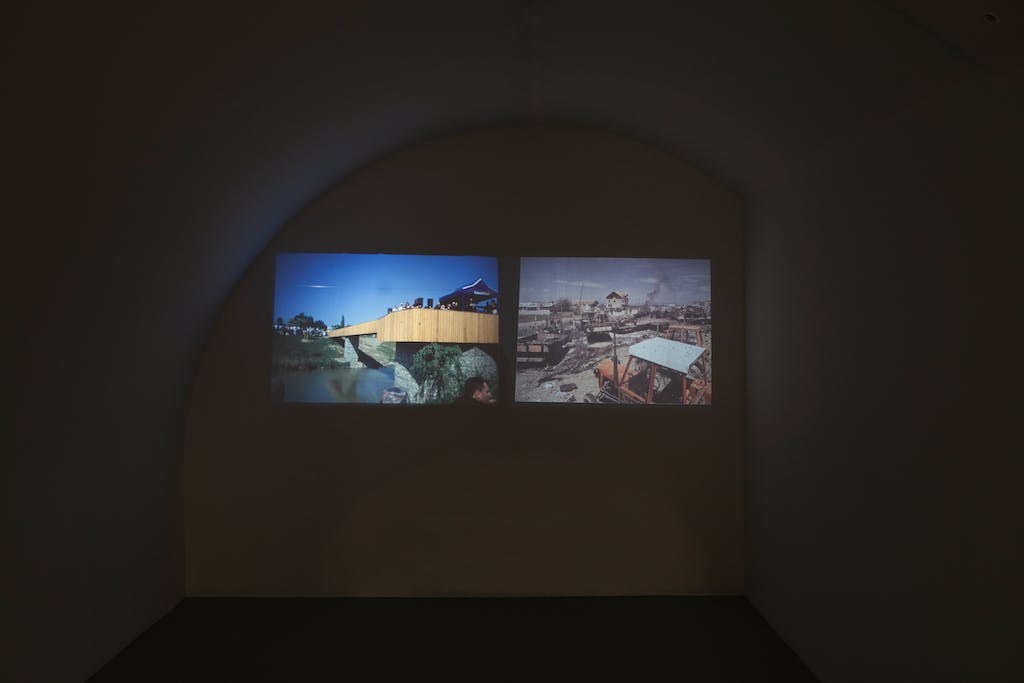 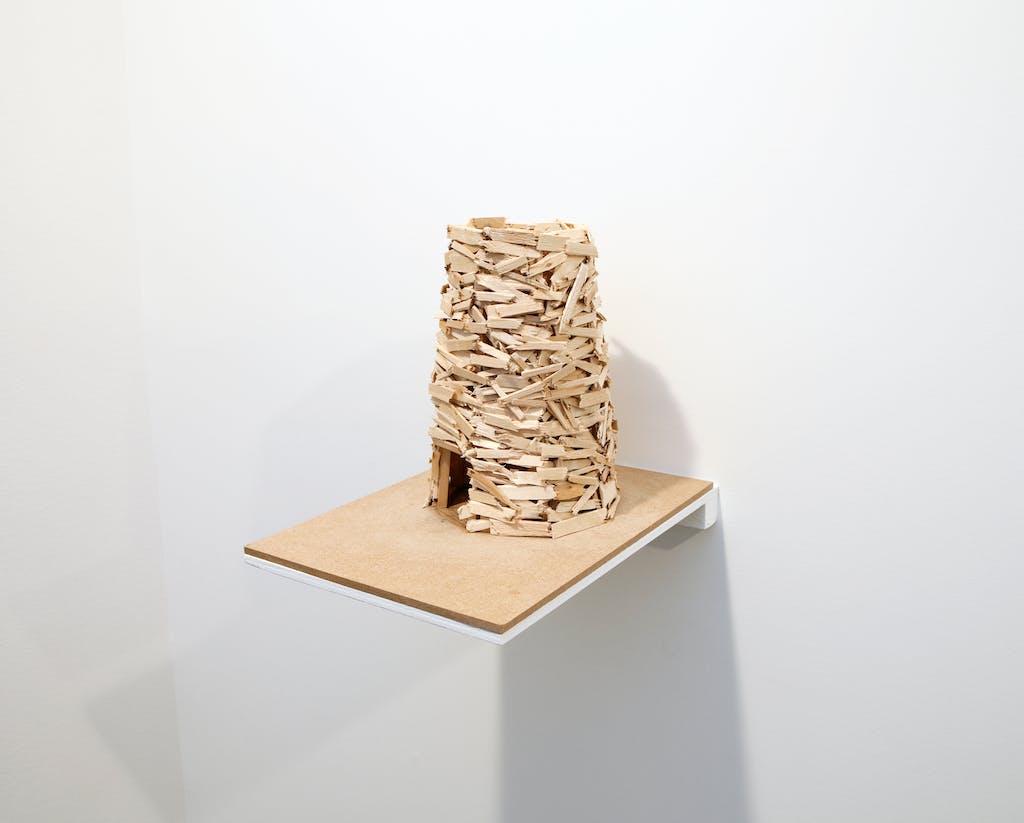 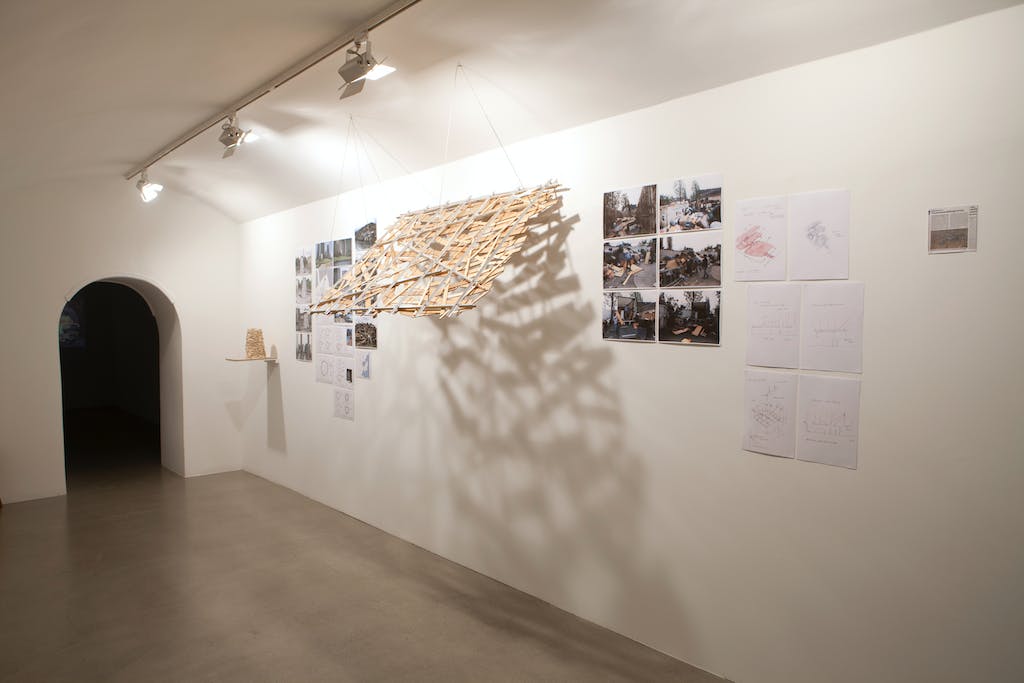 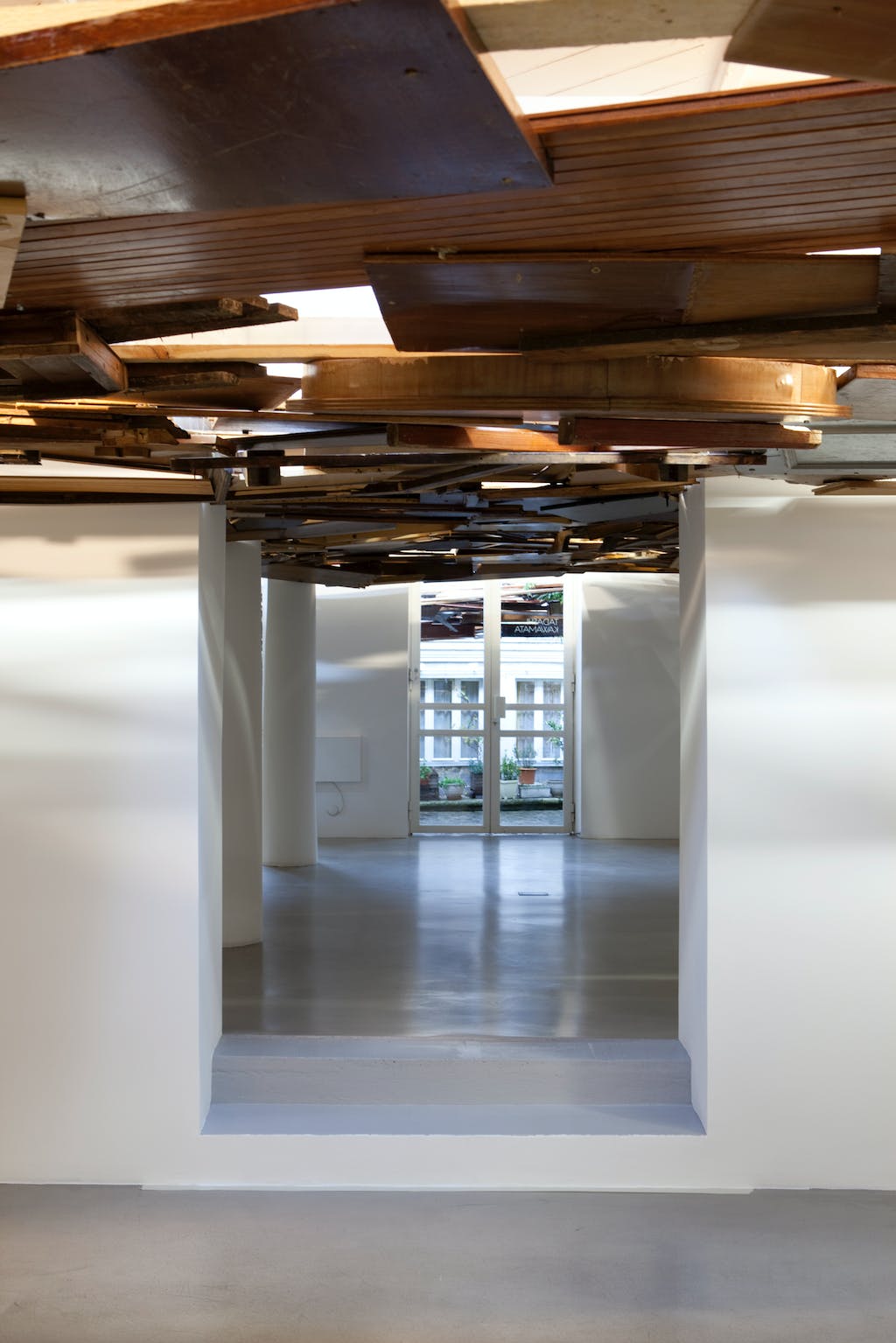 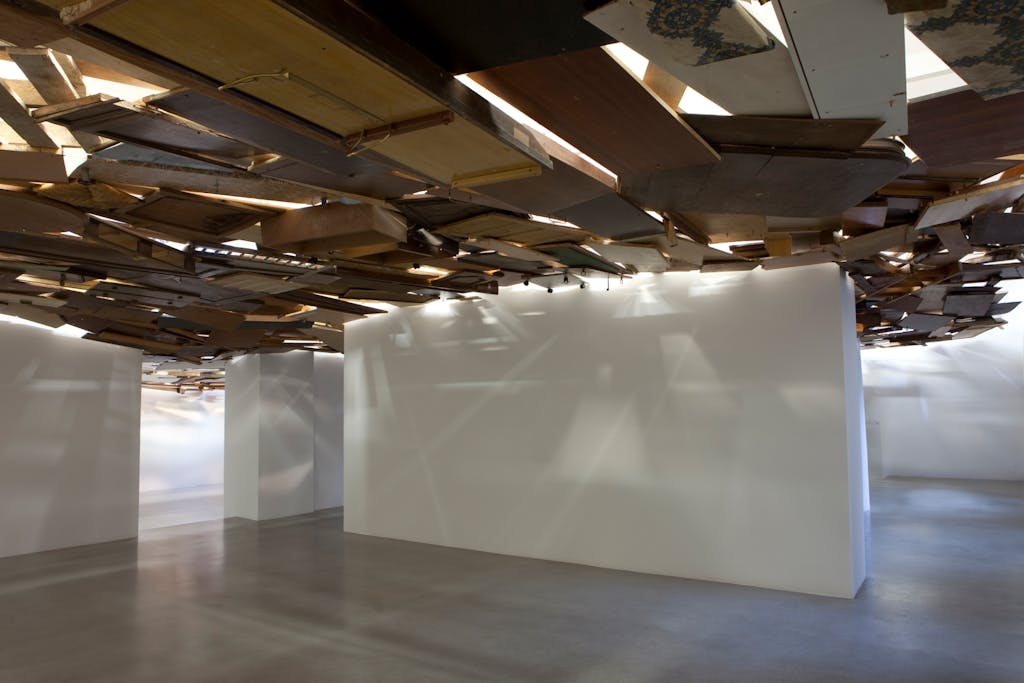 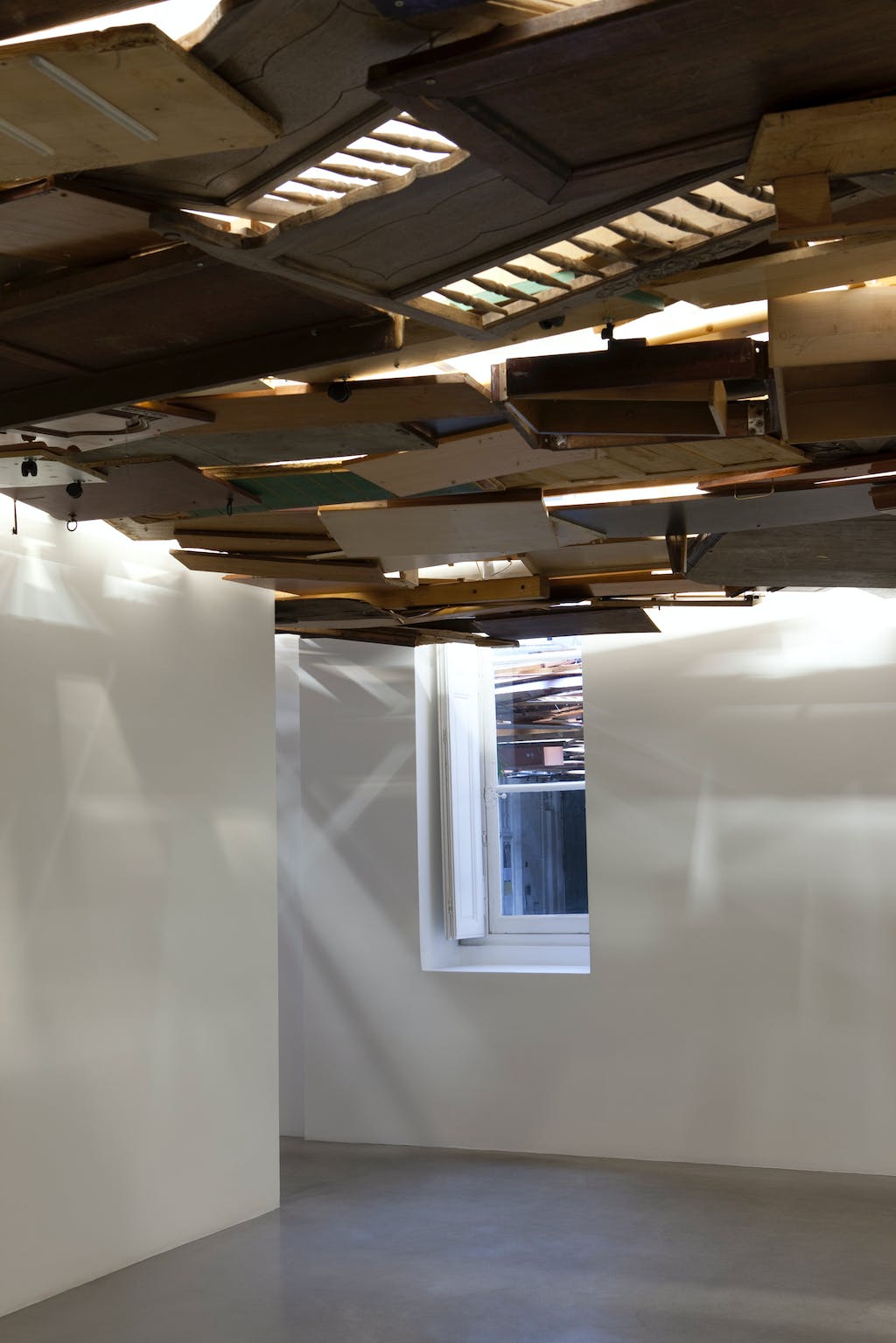 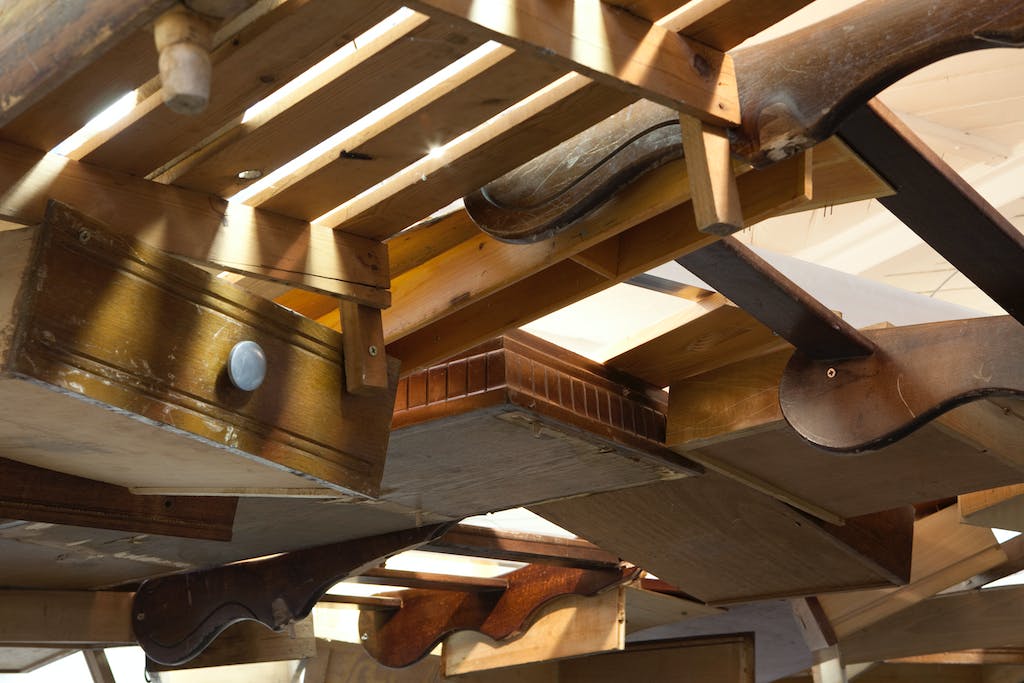 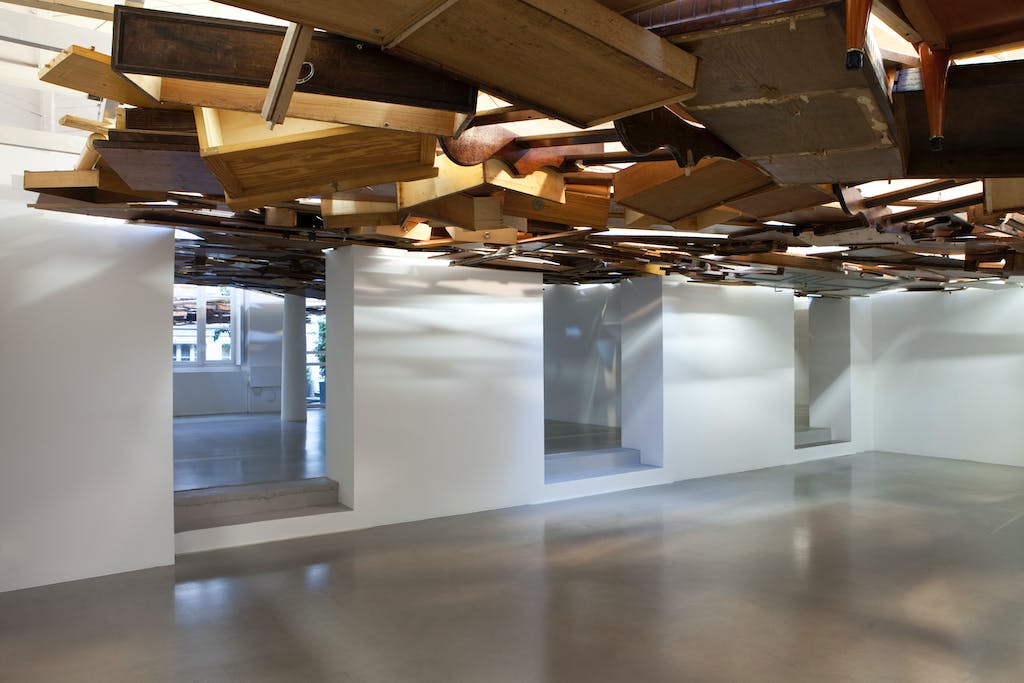