Enter the world: Christodoulos Panayiotou divides it into acts like a theatre where the myths that unite us, the implicit narratives, our affective and economic relations, are played out, built up, illuminated. For ‘Theories of Harm’, his first solo exhibition at the galerie kamel mennour, the Cypriot artist has built a maze of enigmas that, paradoxically, elucidate the world and reveal its hidden stories.

The exhibition in Paris begins with a fountain, a classic form in art history. This one is made of copper cathode, a highly meaningful material for the artist. The metal takes its name from that of Cyprus. In antiquity, it was called ‘aes cyprus’ (Cyprus bronze) because the island was the centre for its production. A copper talent existed as a unit of measurement like the silver mina and the gold stater. This commercial etymology resonates with the parable of the brass merchant.

This merchant finds a brass band to whom he offers to buy their instruments for the price of their metal. He wants to buy a trumpet by weight at the going rate for brass, making nothing of the instrument’s surplus value: its fabrication, its musicality, its history. Between the raw material and the trumpet is a universe of desires, elaborations, and savoir-faire that the merchant attempts to ignore. With this parable, Bertolt Brecht draws out the importance of the immaterial in what is taken for ‘the evidence of reality pure and simple’. In Panayiotou’s work, L’Achat du cuivre, the symbolic flux is manifested by water. When the flow of water is cut, the fountain becomes copper again. Its identity
is deconstructed. It loses its ties with the very idea of a fountain and returns to its raw materiality.

Further on, a marble floor, showing what is usually effaced: the written indications for the quarrymen concerning weight, provenance, quality, and destination. These inscriptions are the signs of the raw material’s transformation into a noble one. They make sculpture, building, décor possible, but they always end up erased. The material appears as if untouched by all the acts of which it is the result. The final material ends up being idealised and fetishised. Christodoulos Panayiotou demystifies its aura of power by placing in the foreground the stages of human labour that have made its use possible.

Michelangelo perhaps already had this artistic intuition when he had placed on the ground, under the windows of Pope Julius II, the giant blocks of raw marble transported from the mountains of Carrara. The Roman population came to marvel at the unworked stone that was going to become a masterpiece, the Tomb of Pope Julius II. This marble floor also recalls Carl André’s Magnesium Copper Plain (1967). The gesture of the US minimalist was foundational to an idea of sculpture as a place from which to think the world.

The pieces brought together for ‘Theories of Harm’ are an invitation to decipher and demystify the channels of emotion. The mosaics draw out contemporary rhythms. The tiles come from copies of ancient works. The artist bought them in Syria before the beginning of the war. He decomposed, re-appropriated, and recreated them. The imposing block of limestone also plays with history and the real. In it the fake and the genuine come together. The stone in fact is a reproduction that Christodoulos Panayiotou has made of a detail of a work from the Metropolitan Museum’s Collection, Bearded Head Wearing a Conicol Helmet, carved from real archeological material. One work is hidden from view. Each visitor may ask at the gallery reception to see i . It is a pendent in
memory of a Venetian and Cypriote hero, Marcantonio Bragadino. Here it is a question of a solemn promise made during the siege of Famagusta in Cyprus in 1570…

The stained glass replays the history of the Rainbow Flag. The flag was conceived by Gilbert Baker, graphic artist and political activist, for the first LGBT Pride march in San Francisco in 1978. The flag enjoyed an enormous success. Production went so far into overdrive that the stocks of pink fabric were exhausted. The pink stripe was out, with seven colours remaining. Baker wanted to keep an even number, so he also took out the turquoise and the indigo to create a unique blue—royal blue. For Baker, pink represented sexuality (it would give its name to the ‘Pink dollar’) and turquoise, magic and art.

Panayiotou rehabilitates and reconfigures the two colours in his stained glass. This hasbeen produced by the historic manufactory of Saint-Just, specialists since the nineteenth century in stained glass windows for castles and cathedrals; the stained glass is then made by les Ateliers Duchemin. The artist has brought back into the light colours that illuminate or darken depending on the position of the sun.

The botanical photographs underwrite another semantic journey: towards Guangzhou, the global centre for the production of artificial flowers. These flowers were once objects of value: Marie Antoinette collected them for instance. Now that they are produced en masse, they have become symbols of globalisation. ‘Value does not stalk about with a label describing what it is. It is value, rather, that converts every product into a social hieroglyphic,’ Karl Marx wrote.

When he arrived in Guangzhou, Panayiotou saw that the high quality artificial flowers were all earmarked for the North American market. Only the rejects remained in China. In order to gain direct access to the workshops, the Cypriote artist passed himself off as a Western buyer: ‘I picked flowers in the factories, as if I was walking through the fields.’ The overlaying of photography of the real and the false highlights the hiatus between nature and its transposition into merchandise. This gap contains the whole question of the
creation of value and its possible by-products. The latter point to the meanderings that circulate in language and their real effects. Panayiotou understands the world like Roland Barthes: ‘Listening swerves into scoping: I feel like a visionary and a voyeur of language.’By transforming his intuitions into artistic apparatuses, Christodoulos Panayiotou opens up enigmas concealing freedoms, precious as buried treasure. 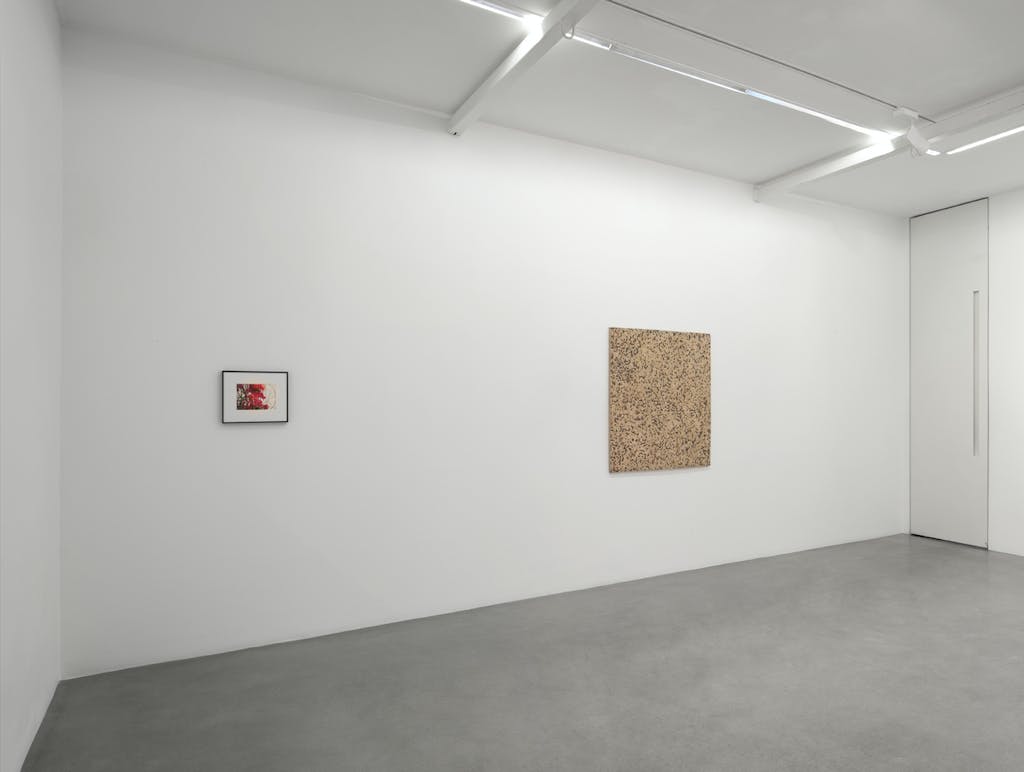 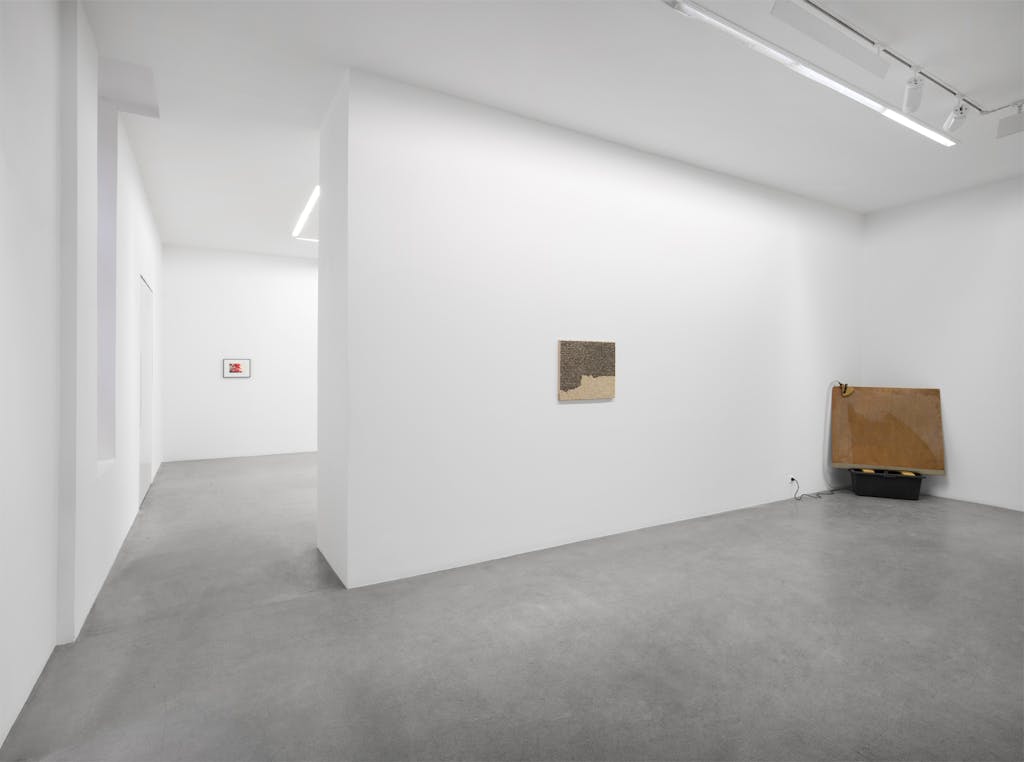 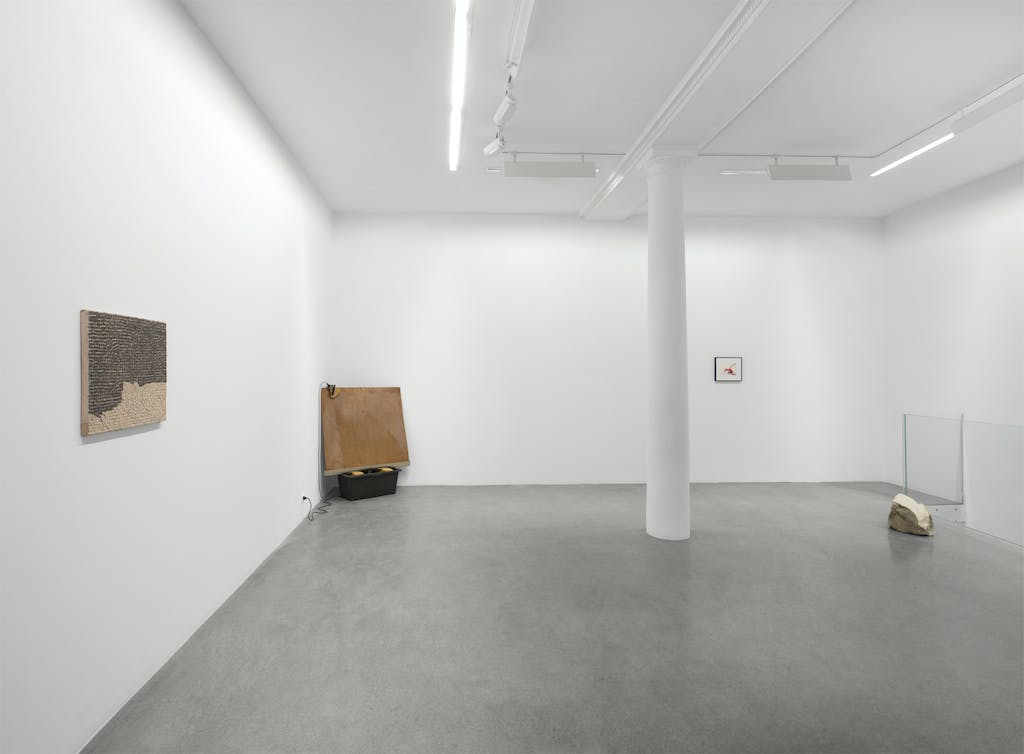 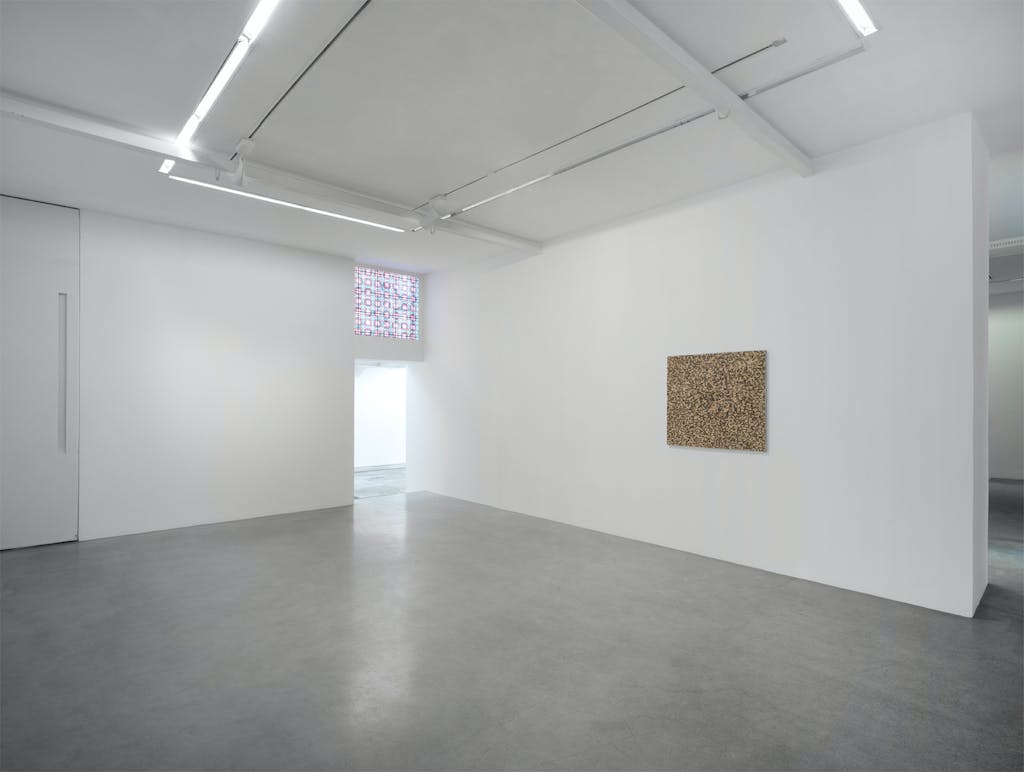 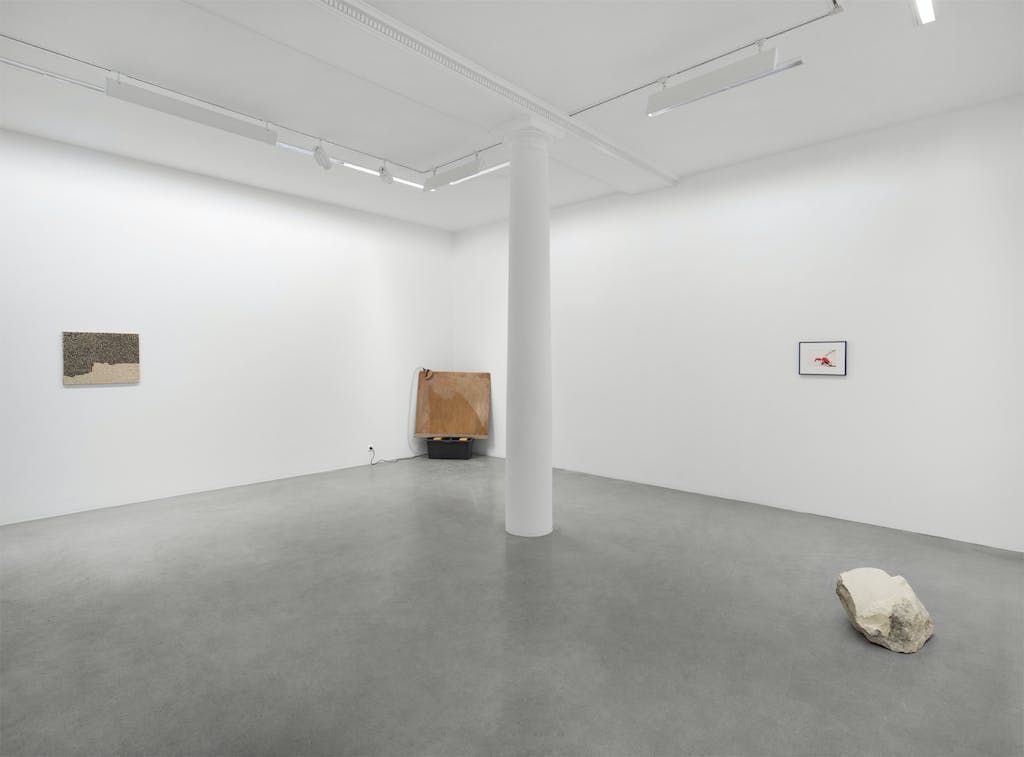 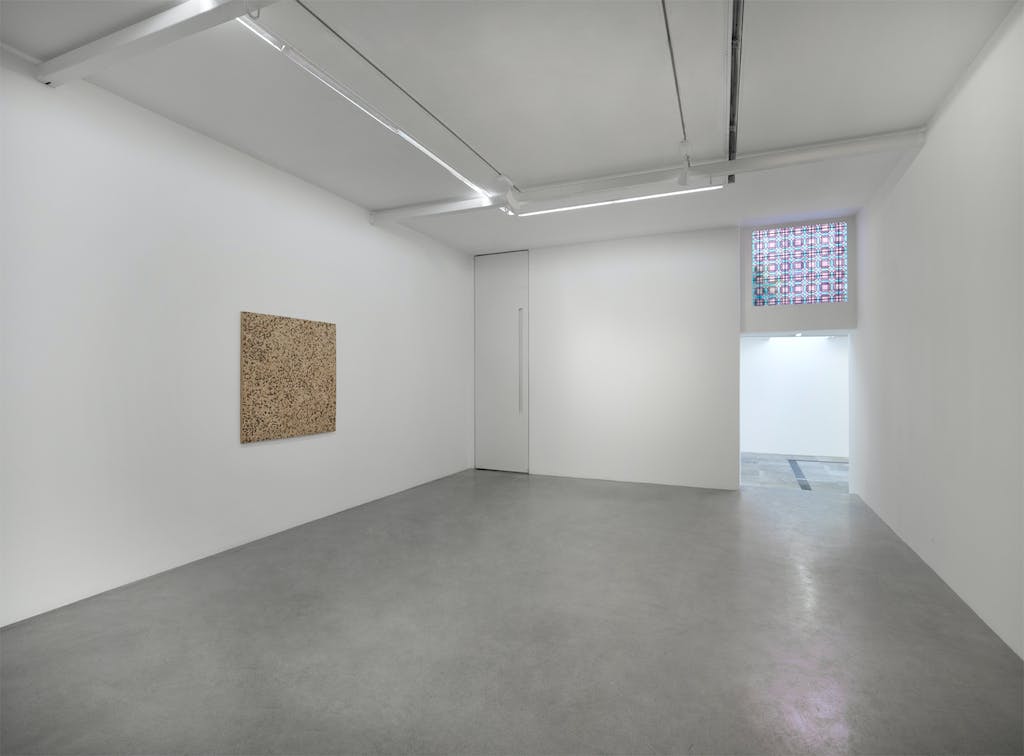 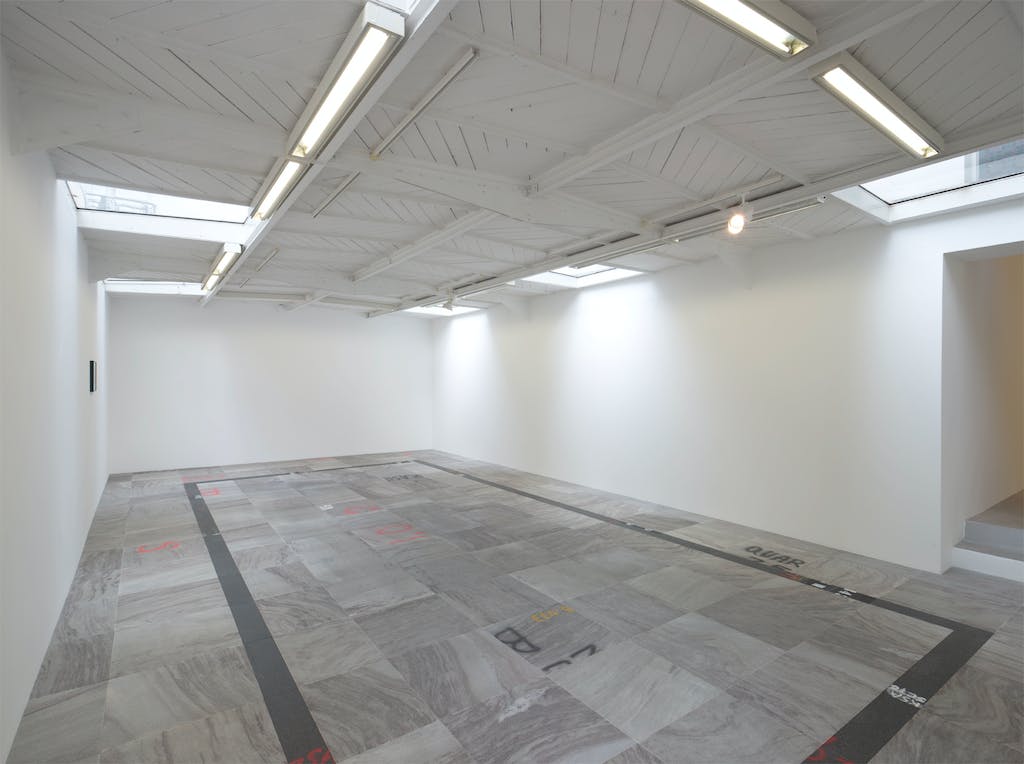 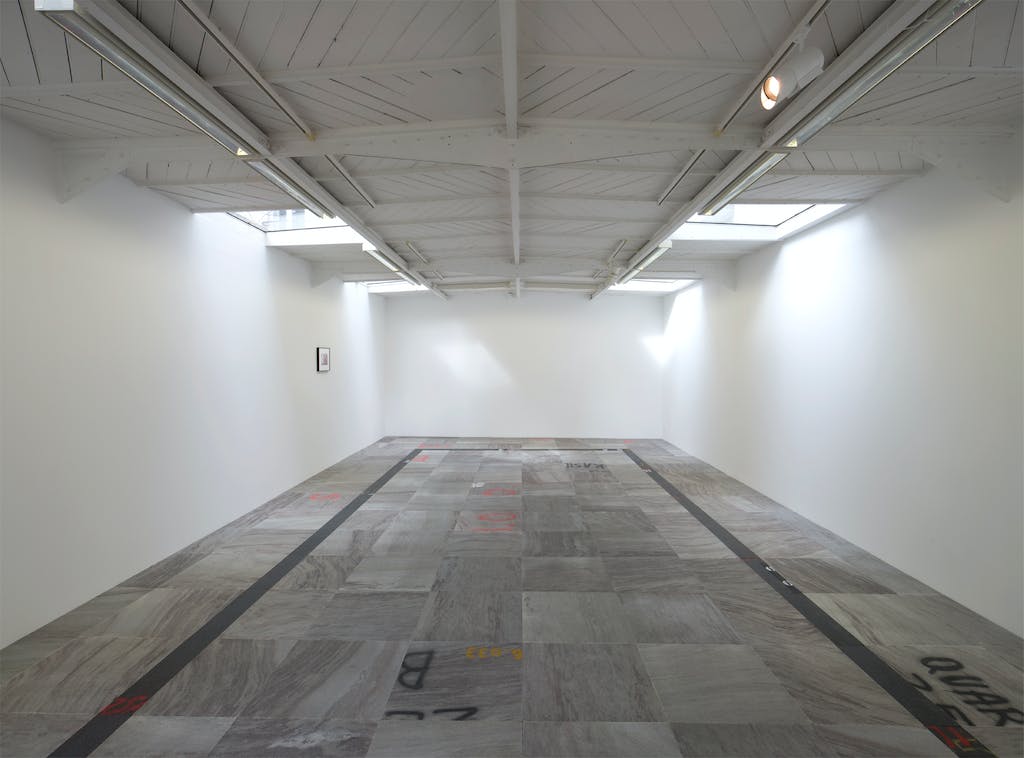 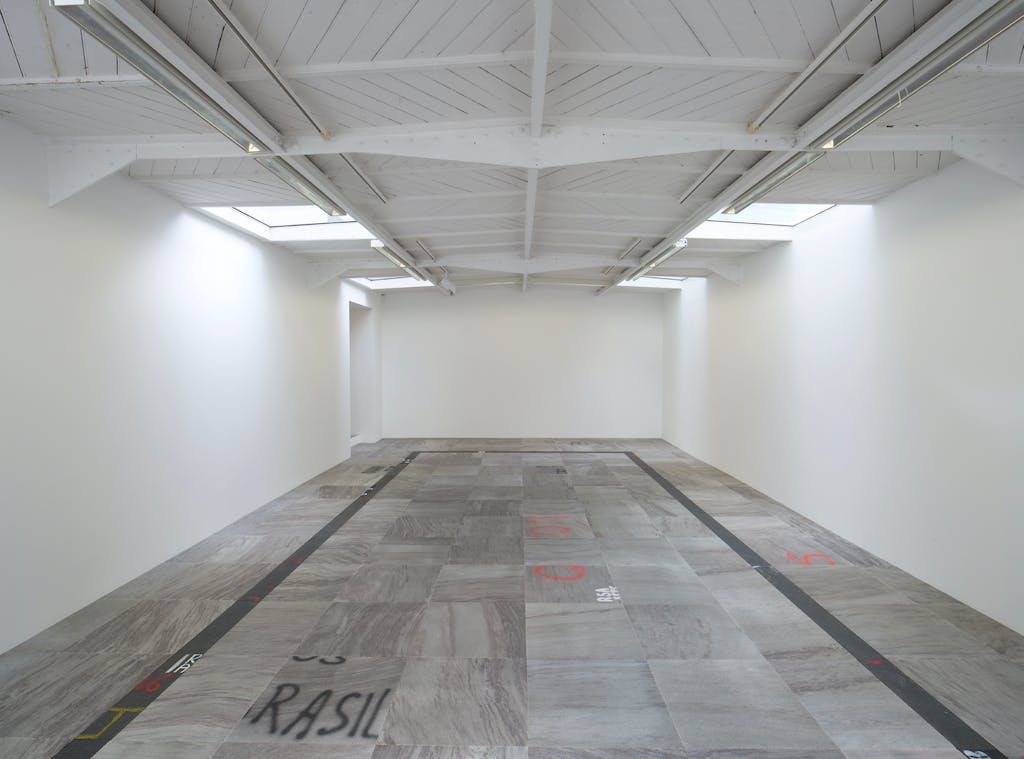 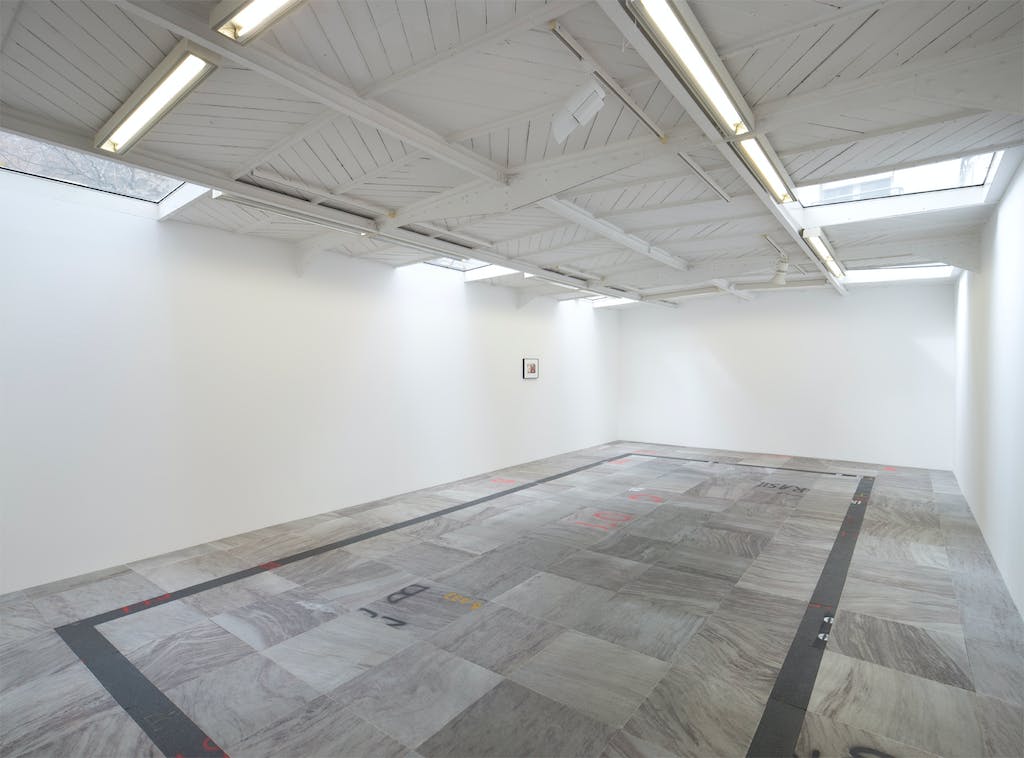 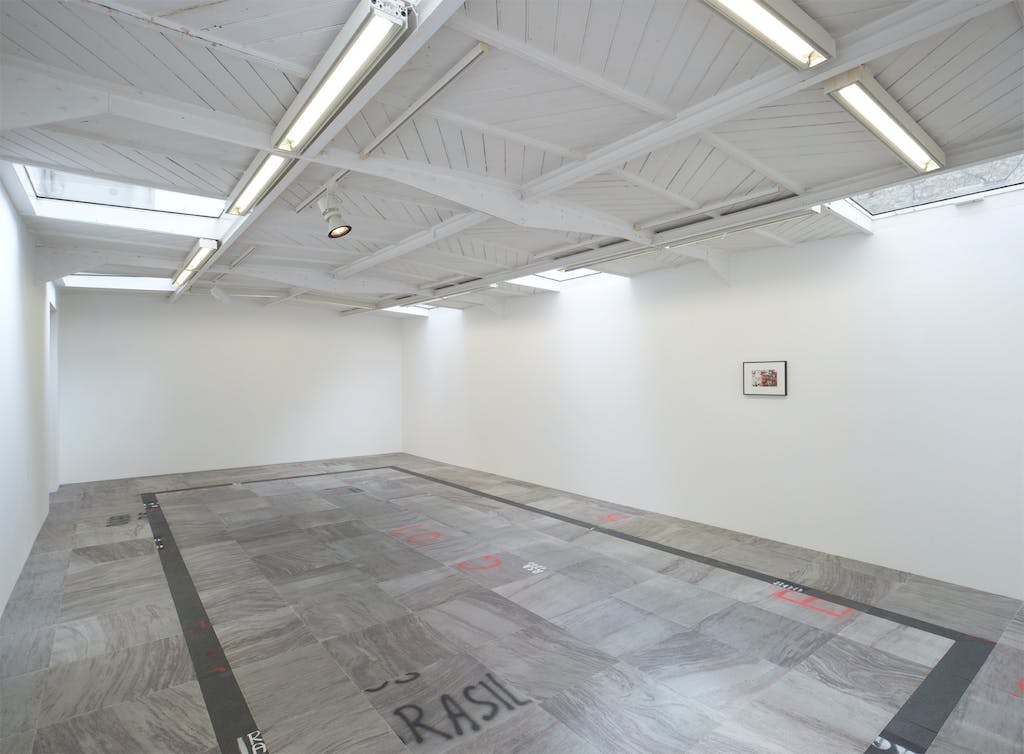 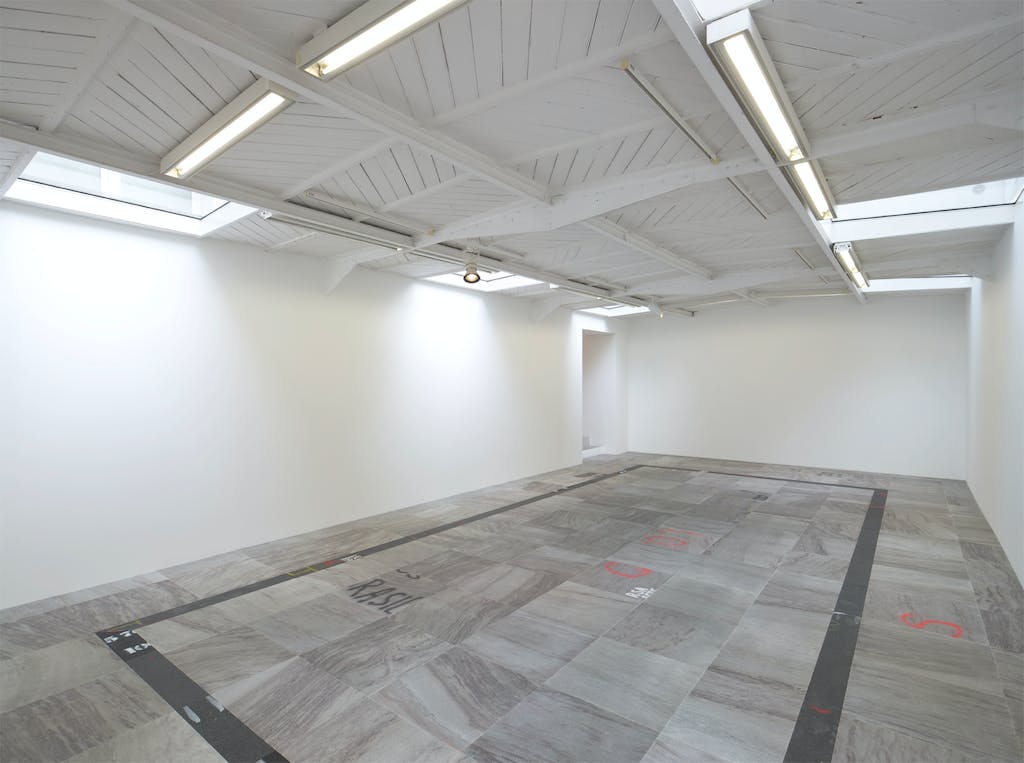 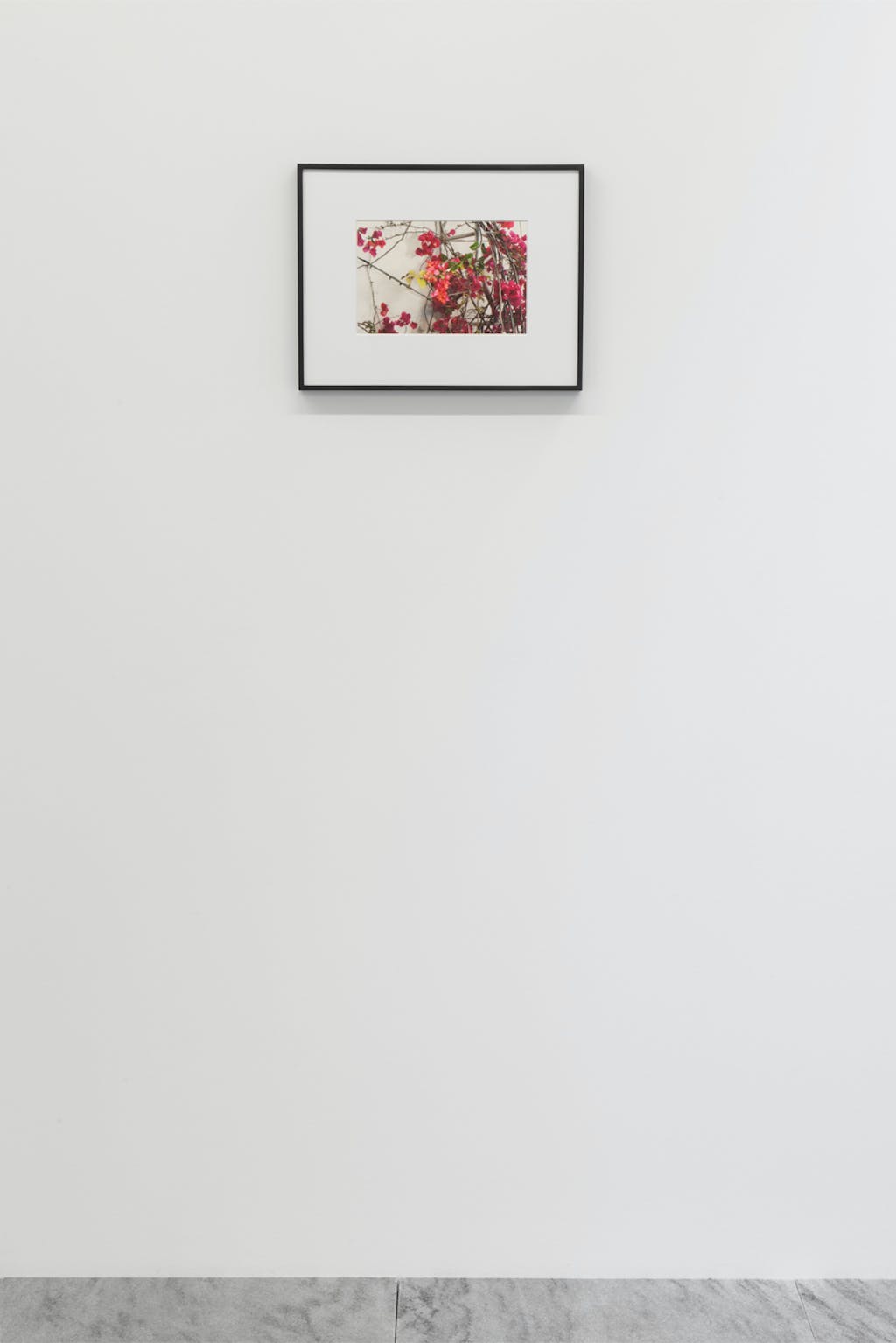 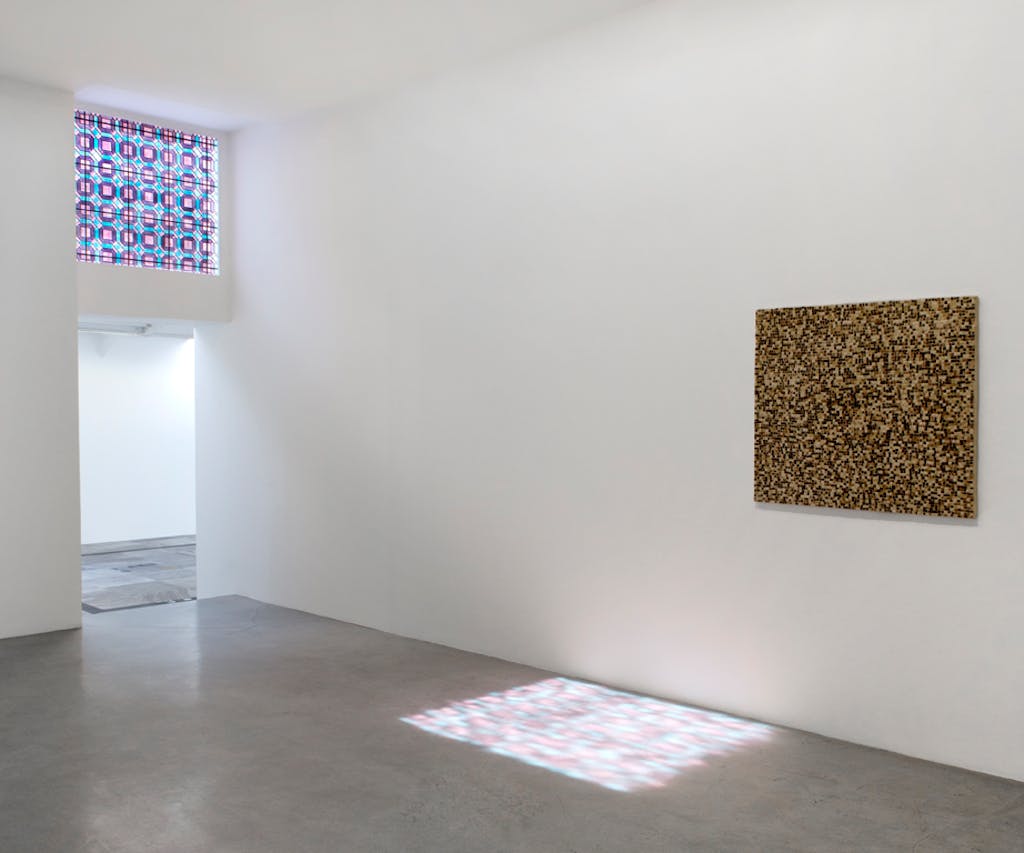 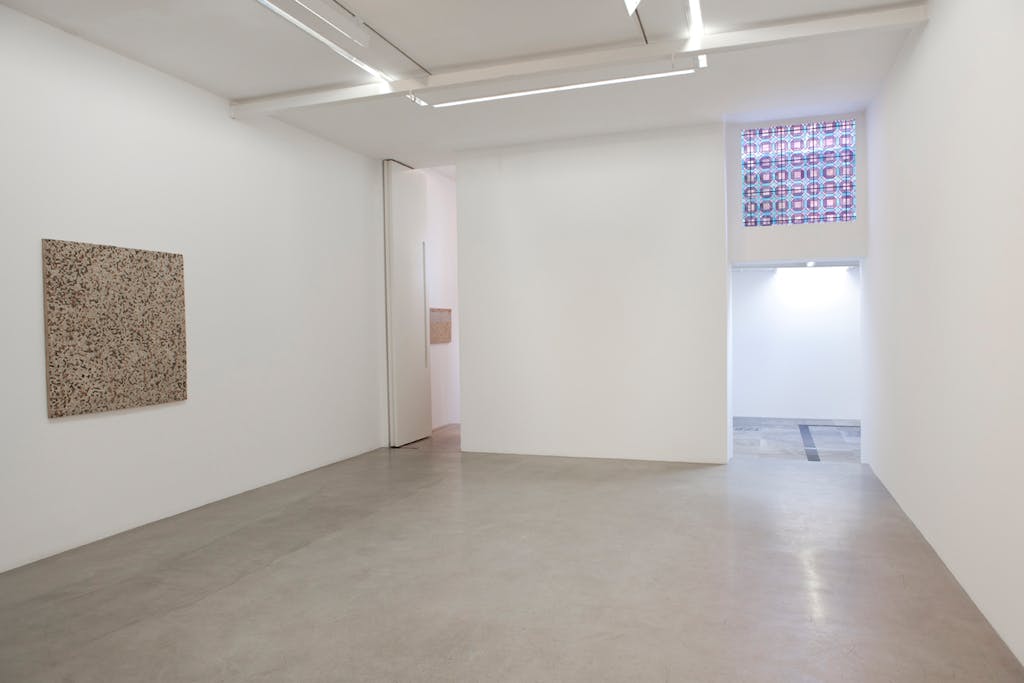