Before settling permanently in France, Huang Yong Ping was already focussing ceaselessly and with a critical eye on the ambiguity of the social function of culture, first in China and later, following the international progress of his work. Seizing on the profound forms and beliefs of East and West, he shows their potential for fascination and violence. Since his days as a radical neo-Dadaist provocateur in China in the early-80s, he has undertaken, with the same determination, a powerful,
politically-charged questioning of our certainties.

He has seized, this time, on the great tales that have been the foundation of Western civilisation, giving them back their symbolic effectiveness. The age-old notoriety of the myths he revisits is down to their structure, onto which mankind is able to project answers to the great enigmas of destiny. But, whether it is Noah’s story, the source for Arche 2009, or the allegory of the cavern according to Plato’s Republic, which inspired the work exhibited in September at galerie kamel mennour, these myths are under no circumstances mere pretexts for producing a sculpture. It is the very forms of the texts themselves that are explored and manipulated, with an obstinacy that recalls the famous installations created on the occasion of the exhibition “Magiciens de la terre” [Magicians of the Earth] in 1989, or in 1992 for the Carnegie International in Pittsburgh. Here, books were transformed, ground down into a shapeless paste, then returned to the library shelves, in accordance with the dual nature of culture: dead matter or contaminating essence of life.

The magisterial installation conceived by the artist for the
chapel of the Ecole Nationale Supérieure des Beaux-arts in Paris
was inspired by the fire at the famous Parisian shop Deyrolle,
which specialised in the sale of objects related to natural
history. Struck by the effect of calcination on the appearance
of the animals, the artist saw in this dreadful accident the
representation of the true work of death. The disaster drove
him to create this immense sculpture, a commentary on the
history of Noah’s Ark, as described in Genesis – in other words
on the question of evil, divine retribution and redemption at
the heart of a cosmic drama: the flood.

Arranged between copies and casts of some of the most famous works from the Middle Ages and the Renaissance, the great vessel is there, surrounded by the summits of Western memory. Faithful to the biblical story, it carries on its three decks the fauna destined to repopulate the earth. On closer inspection, the spectator will discover that some of the stuffed animals are disfigured, as if victims of a terrible tragedy. Equally, the mast – partially burnt – suggests that this microcosm has endured something terrible. Thus the artist returns to one of his fundamental obsessions, the selfdestruction of societies, which has provided the subject for a number of his works, such as Theatre of the world or Yellow peril, where insects were confined in a cage, the shape of which evoked traditional prison layouts. Incapable of living together, they ended up eating each other.Here, the work consists of a paper boat. What more literal way is there of suggesting that it refers to a book, but also that it belongs, like a fable, to the world of childhood. The geometry of the folds by which the ship is built is the expression of reason, as opposed to the animal instincts from which we are made. HYP’s ark transports life, but also the fundamental violence of all social organisations. Through this pessimistic message, the artist turns the idea of the story on which it is based on its head. He breaks the alliance between God and man. No celestial punishment has been imposed on the ark – the barbarism laid bare by the artist has originated purely in the violence inherent in communal life. As the title Arche 2009 suggests, the tragic rumblings of the present accompany this monument, dedicated as it is to our weaknesses. One can see here the echo, for example, of today’s widespread ecological destruction, which was once
symbolised by the flood, or the suffering of the Boat People, or the endless conflicts that demonstrate our inability to live with one another… Here, then, as with Plato’s allegory of the cavern, which illustrates the impossibility of mankind having access to knowledge of reality, the artist inverts the function of myths by observing what they say about us, rather than what they tell us about our gods. Thus, in place of the theological aspects of these founding tales, he substitutes an anthropology, a reflection on mankind.
Jean de Loisy, June 2009
Translation : James Curwen 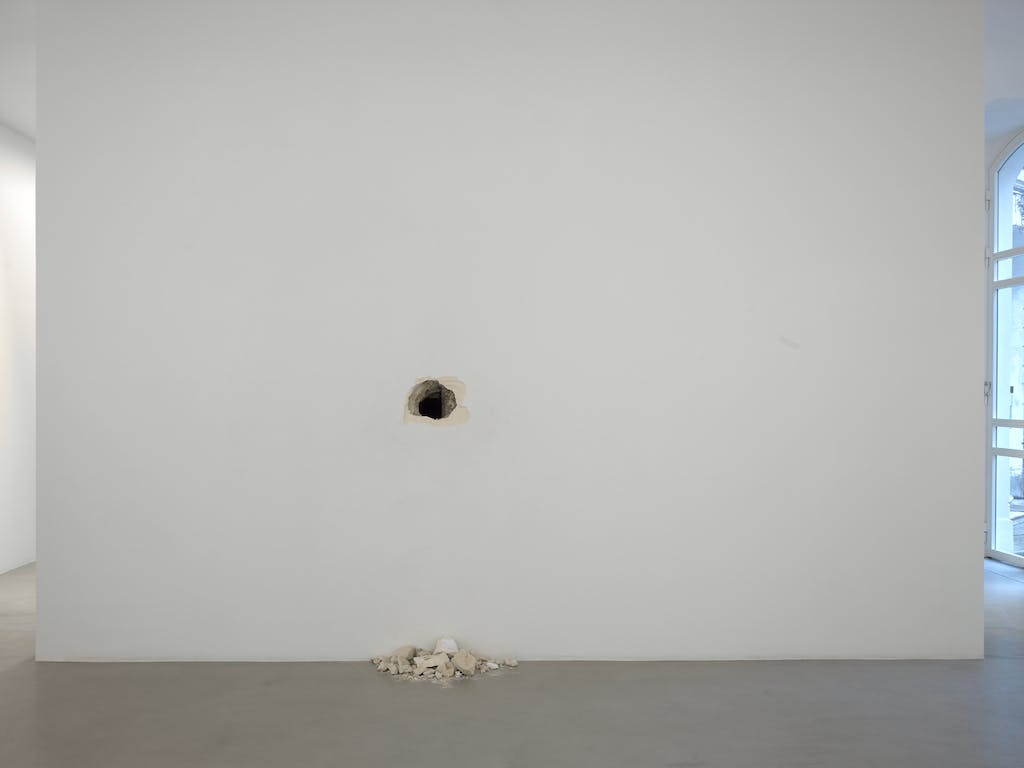 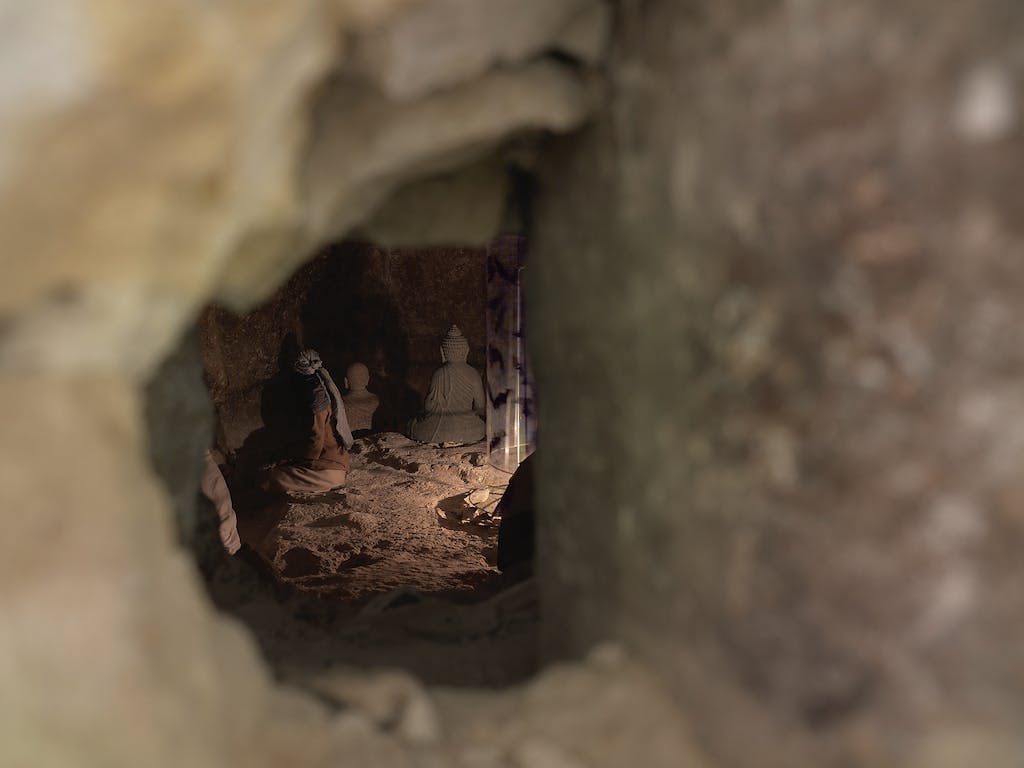 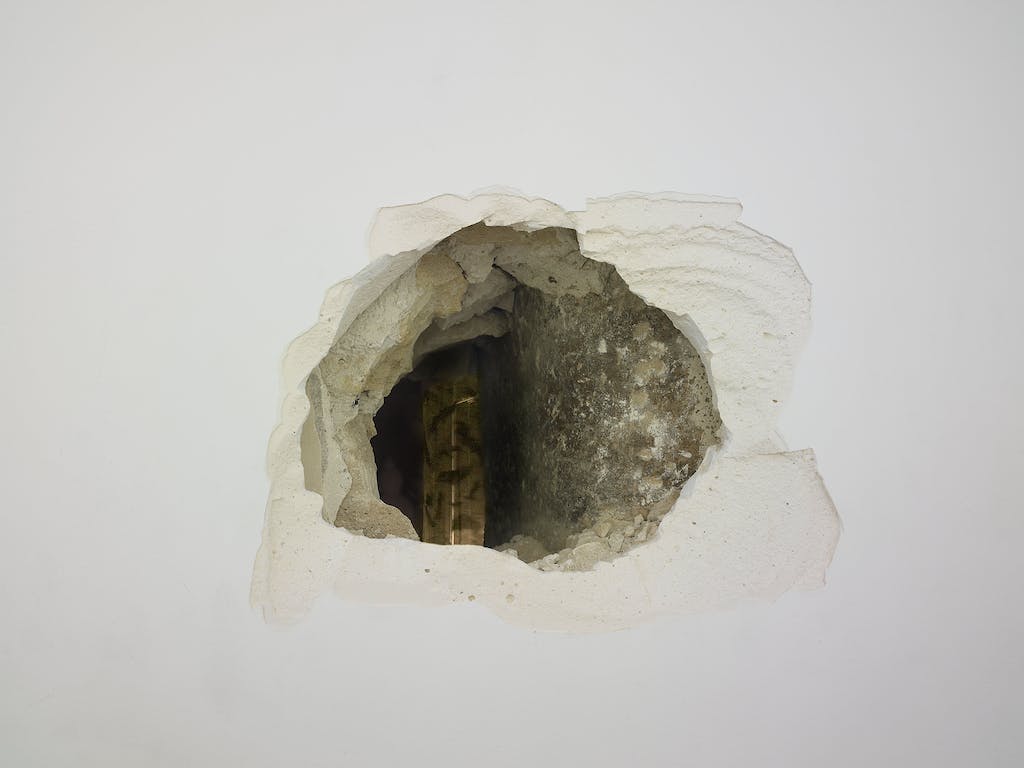 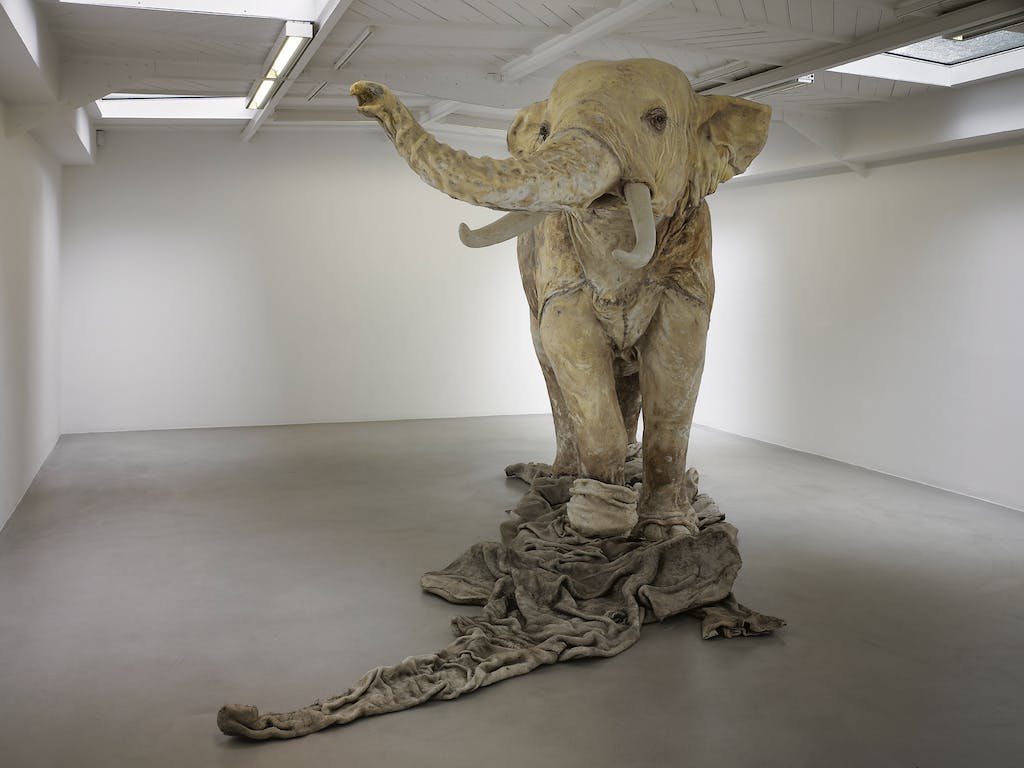 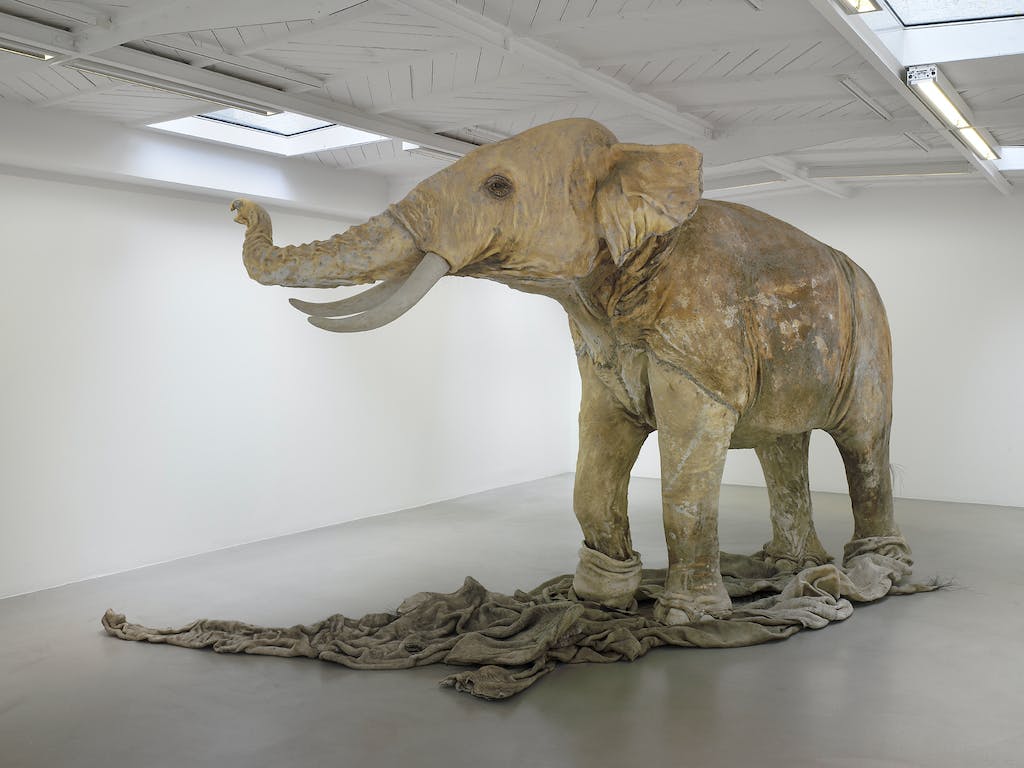 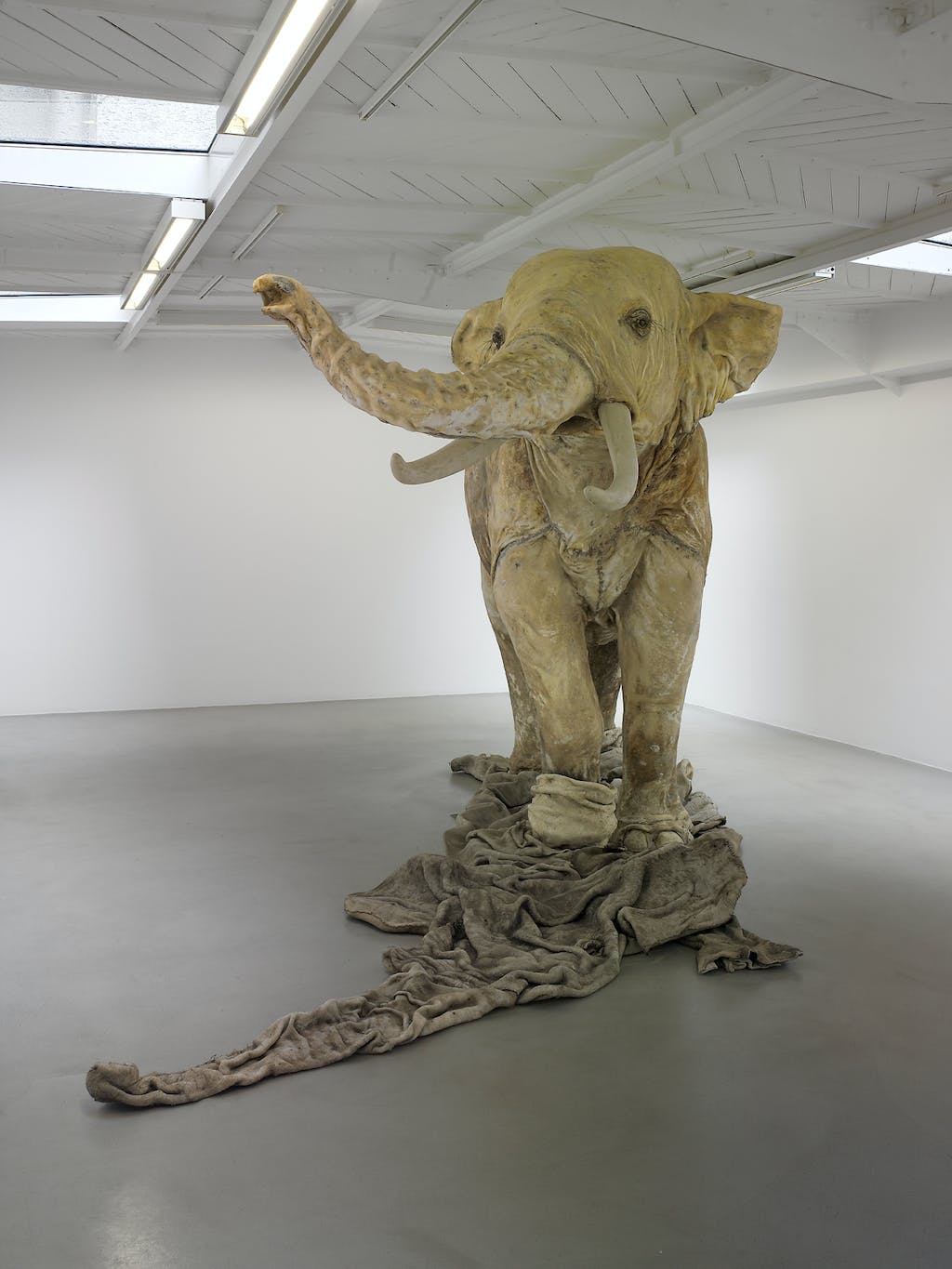 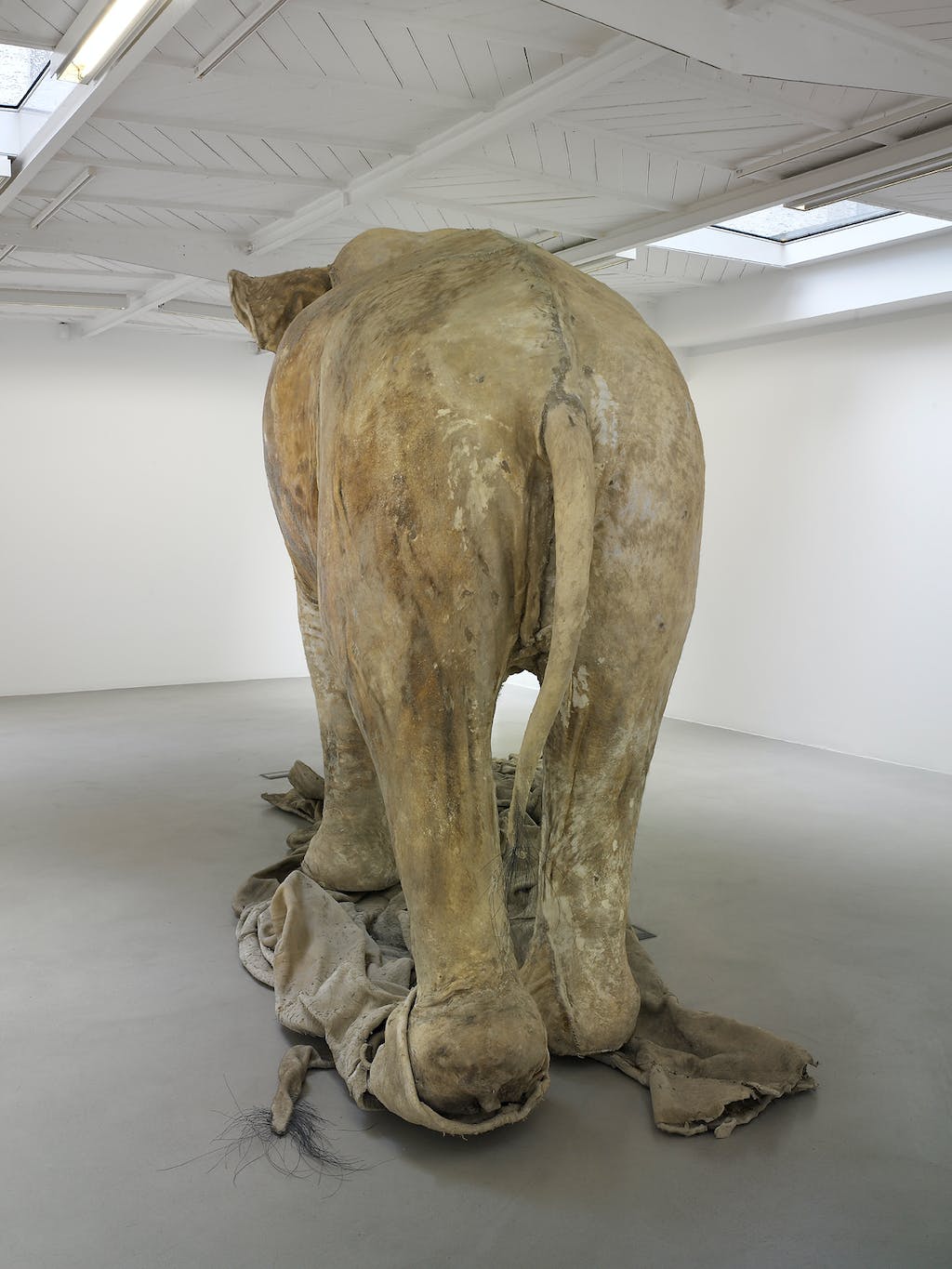 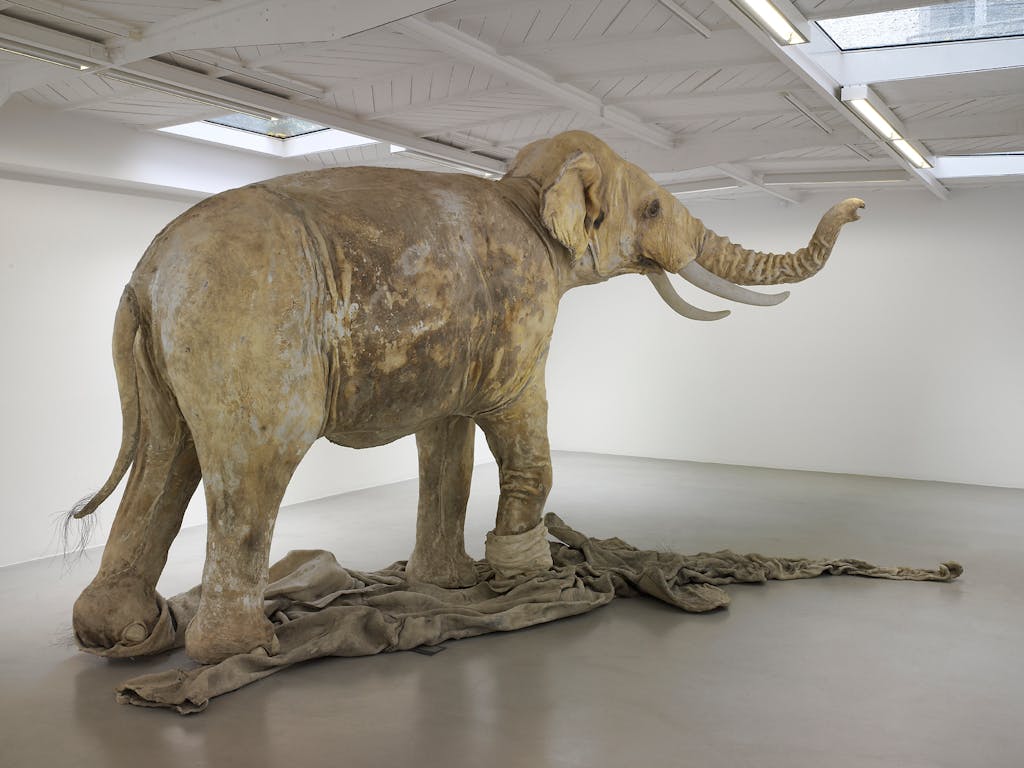 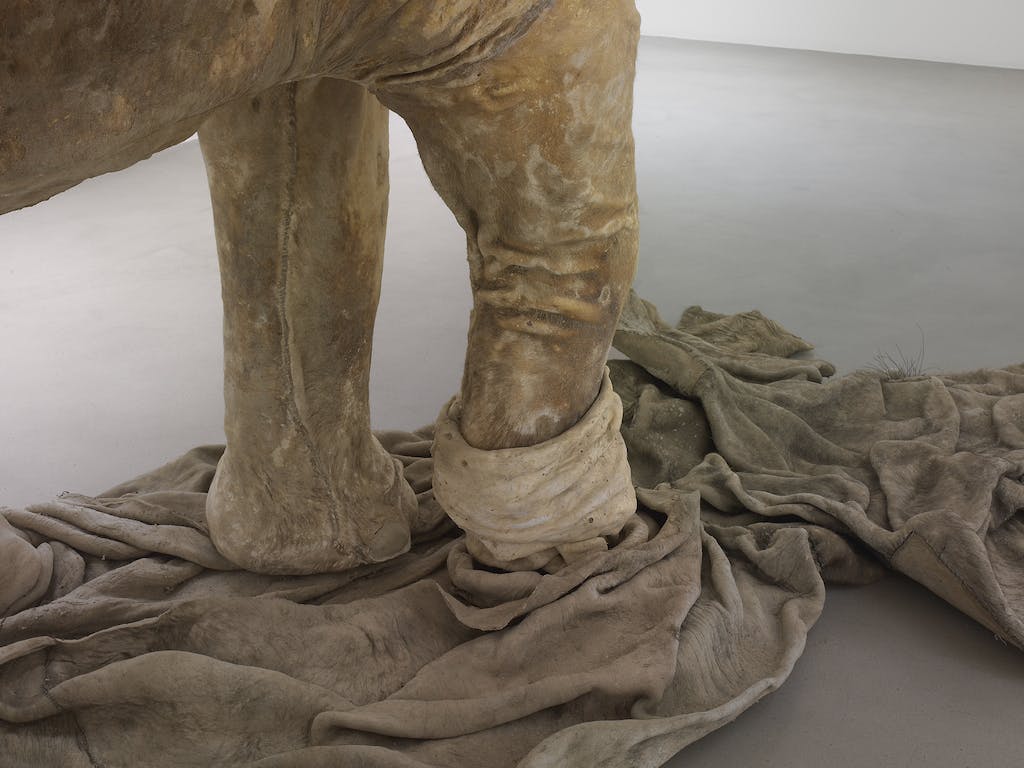 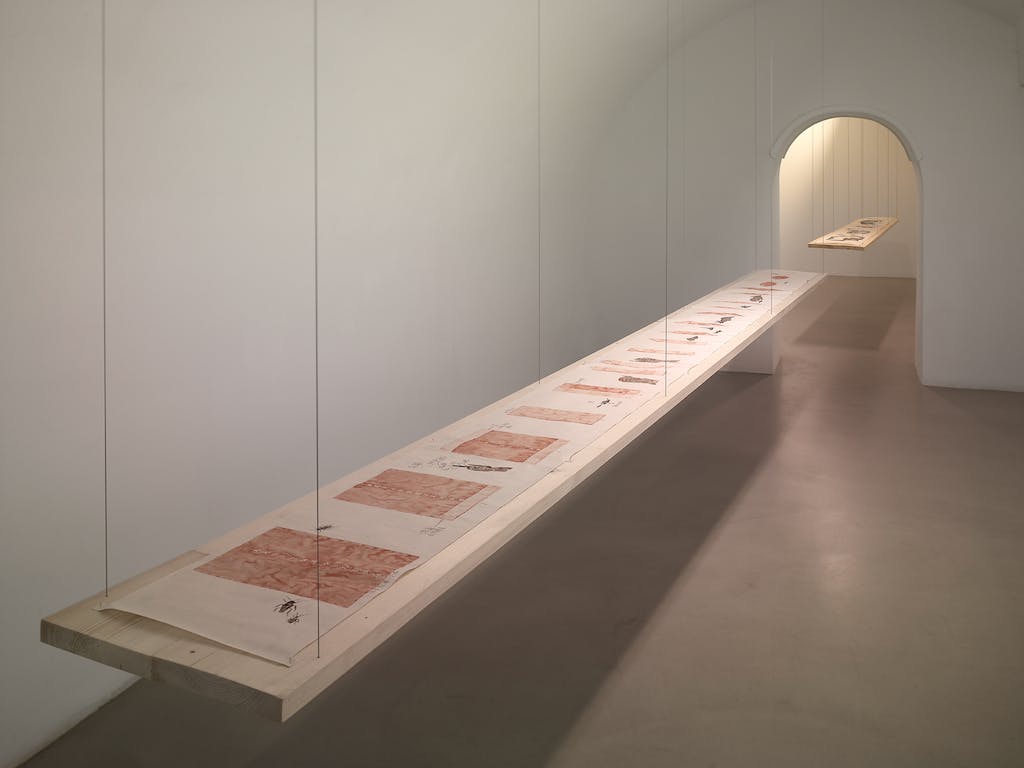 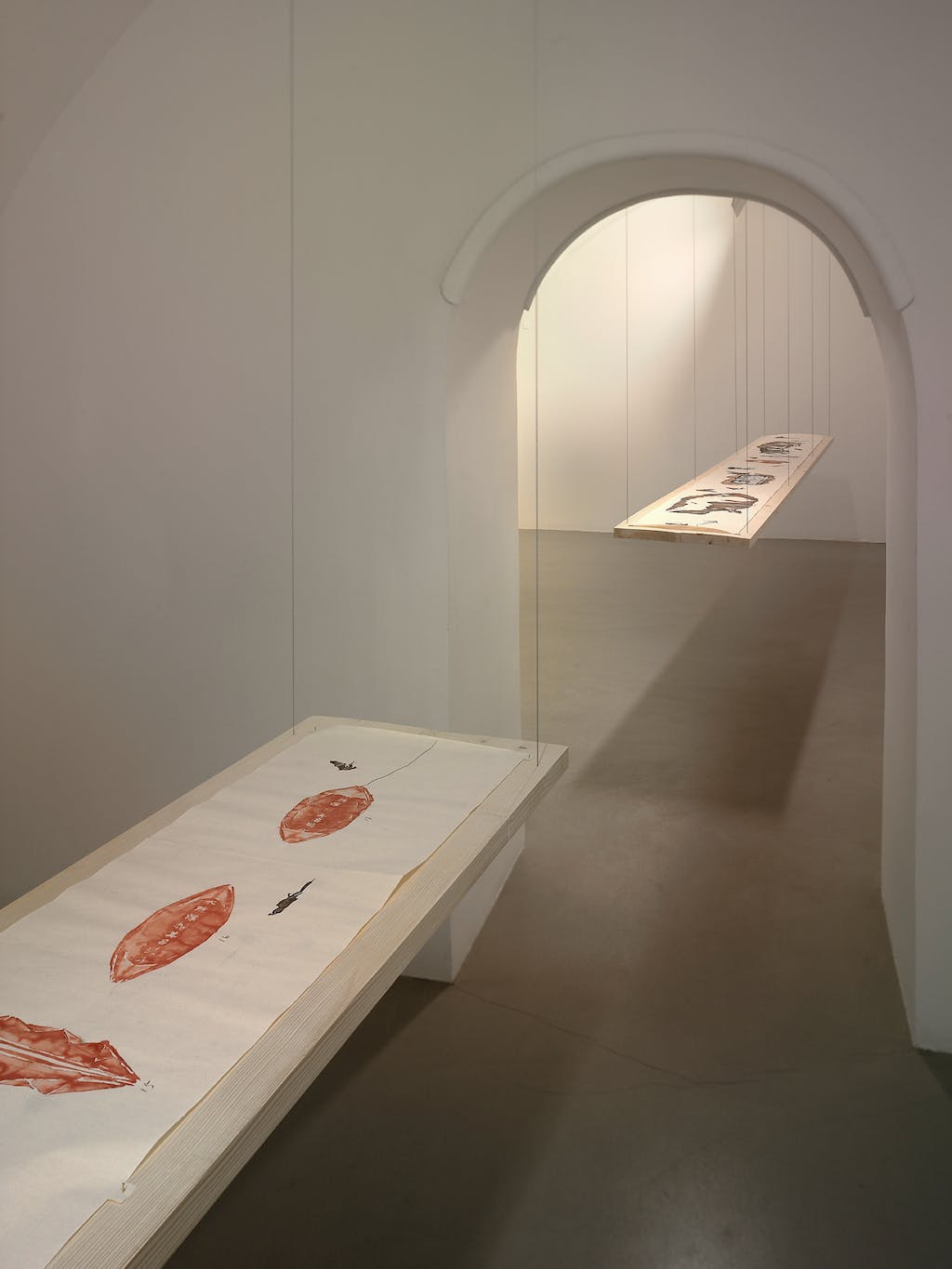 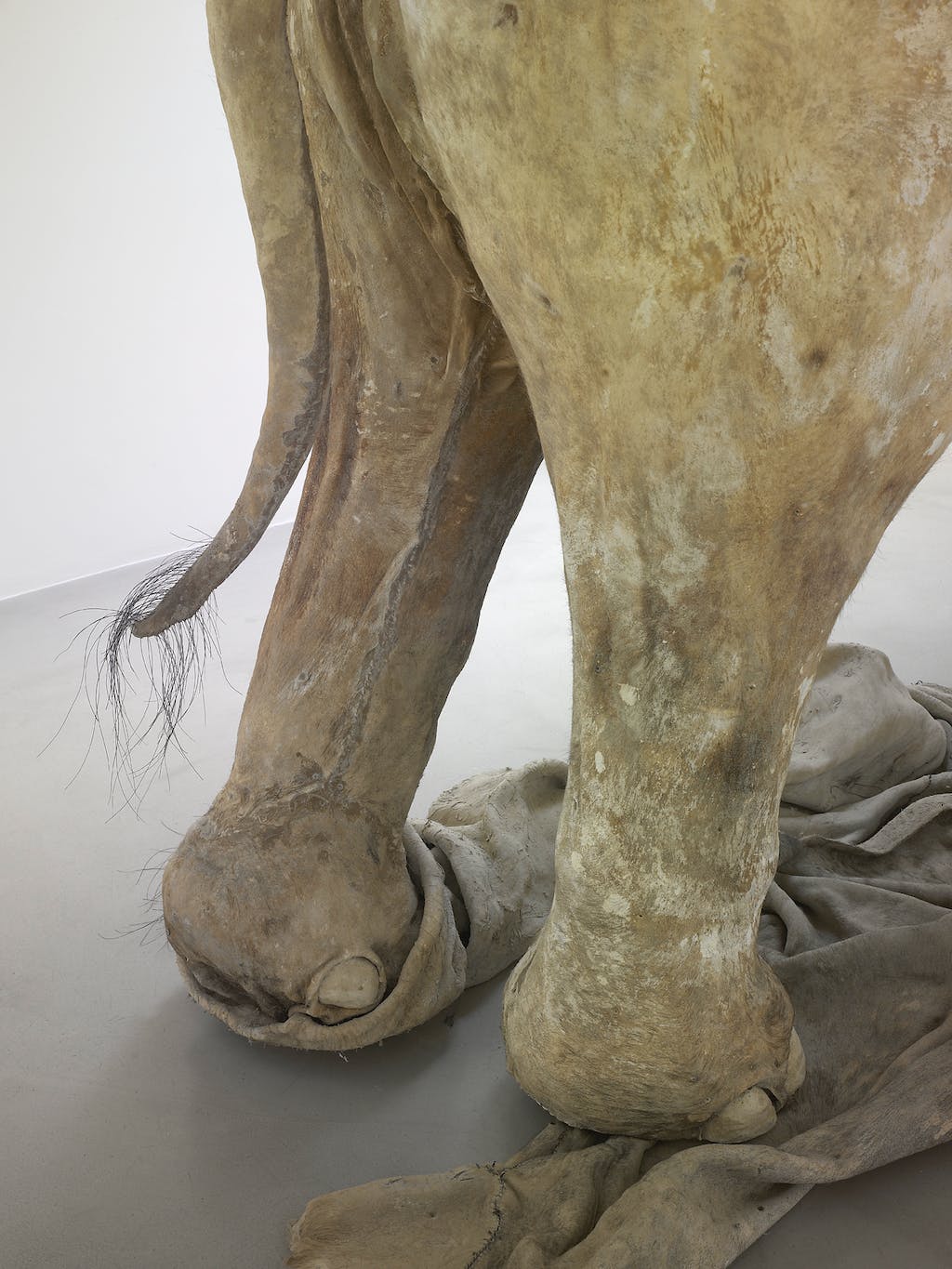 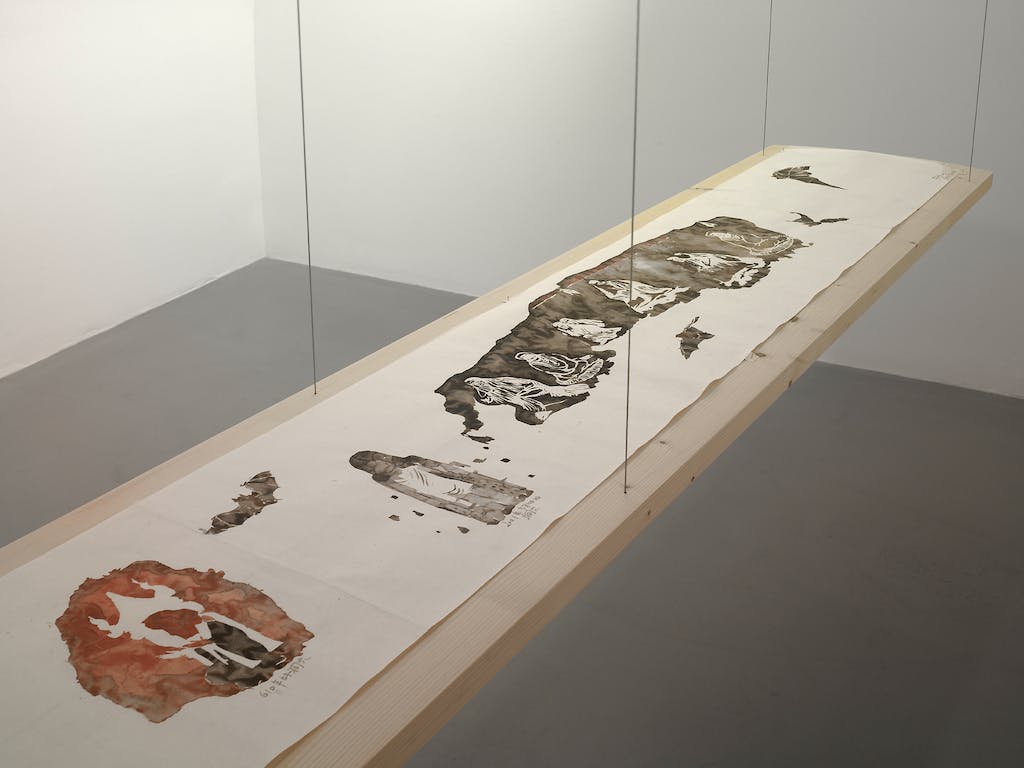 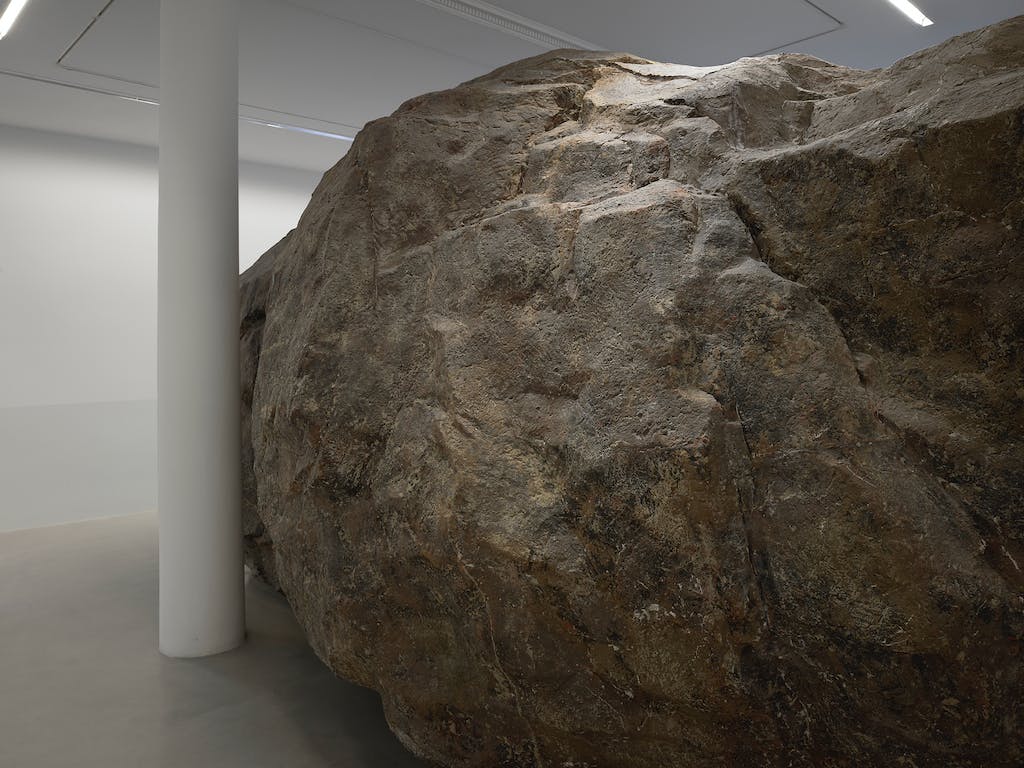 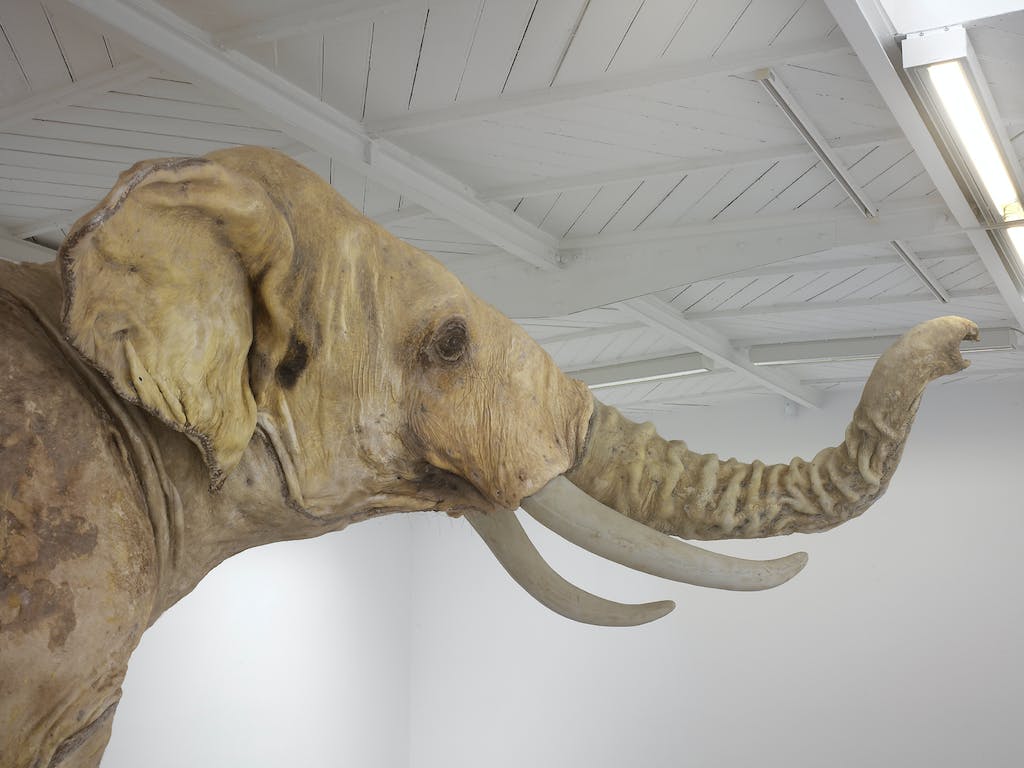 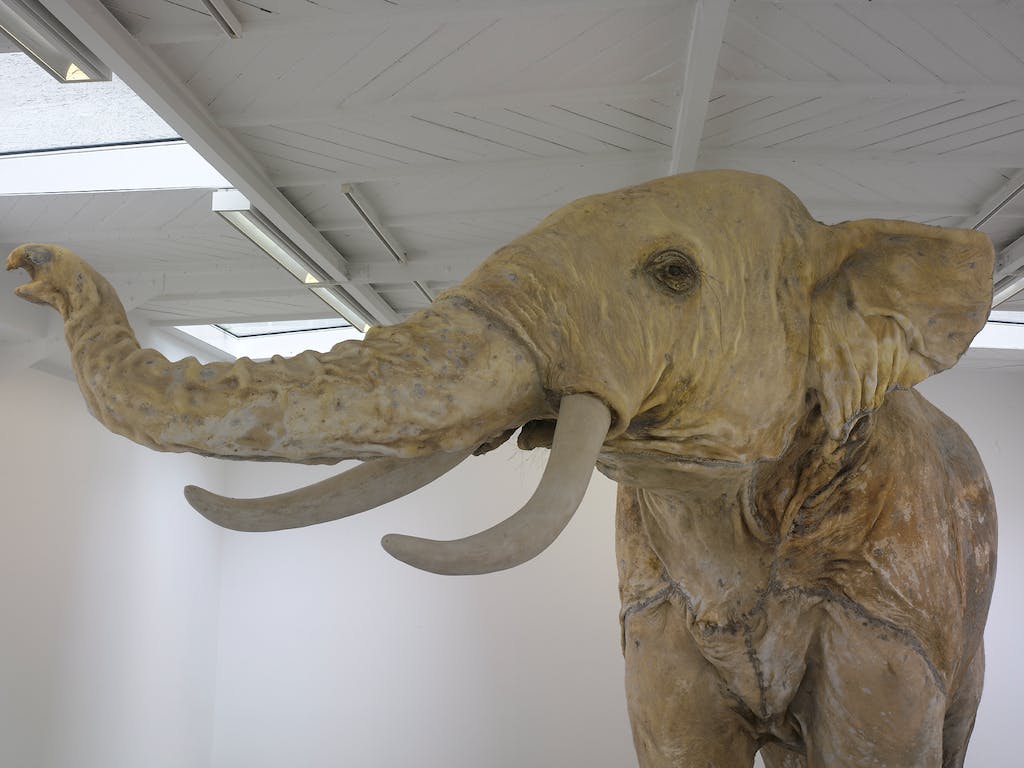 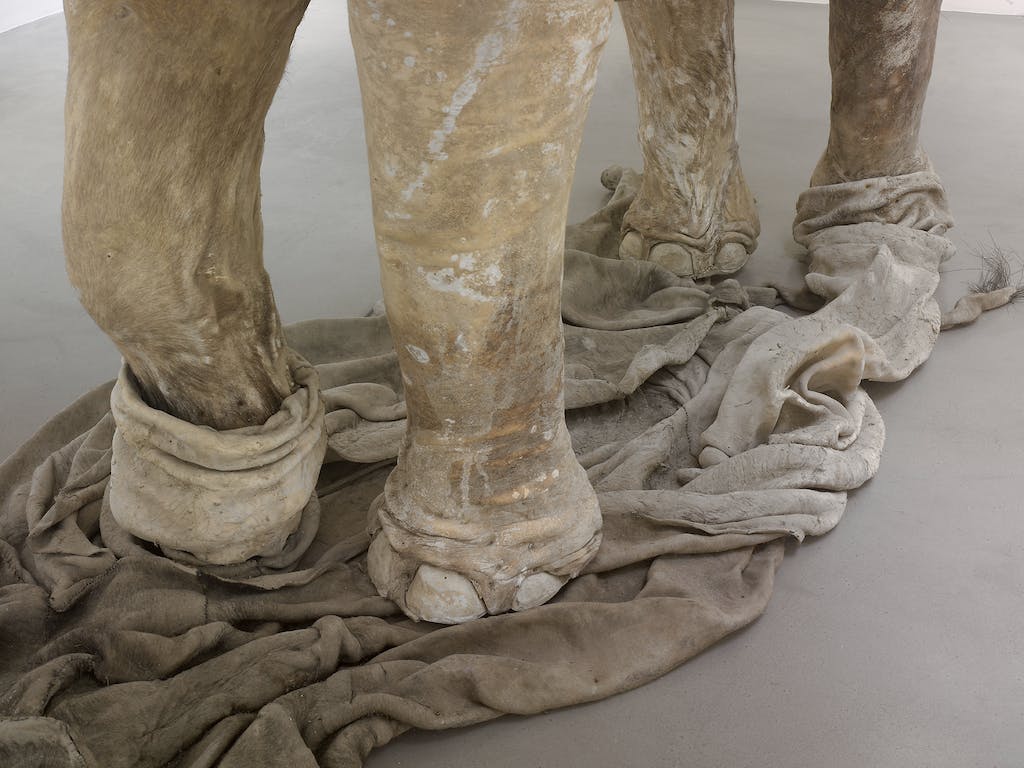 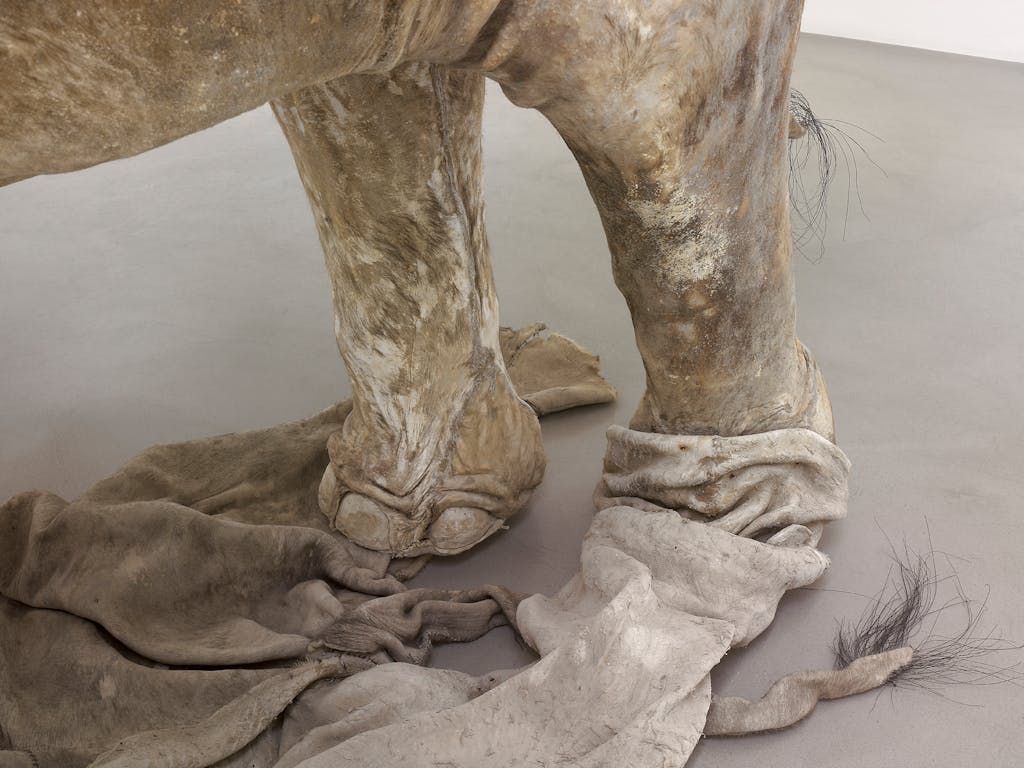