It is the uncertainty that charms one.
A mist makes things wonderful.
—Oscar Wilde

You’ve exhibited in the UK before this exhibition, in group shows and at the Liverpool Biennale in 1999 for instance. How did the current project for the gallery come about?
Claude Lévêque: Of course I was sent photos and plans of the site. But it was only coming here that I really understood the position I would have to take. I find this gallery space very interesting, an intimate box in the midst of Claridge’s, its architecture with the turning staircase that opens onto one of the hallways of the hotel. It struck me right away, seeing these characteristics, that it was important to come up with a site-specific gesture.
Moreover the gallery is on level with the street and gives an unobstructed view of it. In the other direction, from Brook Street, you can see the whole exhibition space. The display is fully visible from the exterior, naturally you have a dialogue of dynamic proximity with the street that takes place here. I knew that Jimi Hendrix, one of my key musical references, lived on Brook Street, a stone’s throw from No. 51, and it’s for this reason, among others, that I’ve borrowed the title of his sixth album.
What are you presenting? Can you tell us more?
The intervention—silent, bathed in a purple light that spills out into the street—is made up of seven reflective chrome crowns. I chose an uneven number not for any symbolic reason but because it gives balance to the whole. The seven crowns, distributed over the floor, are as much razor-sharp wolf traps as primitive emblems of royalty. With their sharp edges, cut like saw teeth, they call up at once the hushed universe of fairytales and dreams, that of luxury, but also a darker poetry, an underlying danger.
Is your project directly related to England? Have you tried to create a particular link?
To be honest, no… The proposition here is more of a continuation of my current explorations, in particular the project Saturnales, which was commissioned for the 350th anniversary of the Paris Opera. While I admit I love whole swathes of British culture, from the music of the Stones and David Bowie or the Damned and The Sex Pistols, to the films of Ken Loach, I didn’t make a special effort to create a specific link with England. People are free of course to hear echoes there. The use of the crowns is also a little wink to the Queen of England. Every time I see her I feel like I’m seeing my maternal grandmother again, who looked a lot like her.
The piece in neon light, Heart of Glass, is also presented in the exhibition. It’s a phrase that has been composed in trembling handwriting, that of Romaric Étienne.
Heart of Glass is a reference to the Blondie song, a real icon of the 1980s. This hit evokes something—a memory, an emotion—in every one of us. It’s part of our collective memory. Theatrically framed by a red velvet curtain, the blue neon sign has been presented in one of the display windows in the hotel hallway, situated just behind the gallery, which you can reach by climbing the few steps at the far end of the space.
Can you tell us a bit about what’s next for you, and in particular about Saturnales, the project you’ve developed for the Paris Opera, which will open on the 31st of December?
I’ve been working on interventions for the two Paris Opera buildings for two years now. It’s really a childhood dream that I’m making come true thanks to a brilliant, highly skilled technical team, with whom I already had the pleasure of working in 2010 for the scenography of Angelin Preljocaj’s ballet Siddharta. To commemorate
this anniversary, I’m privileged to be able to image a whole pathway through the Opéra Garnier, and to crown the roof of the Opéra Bastille with light. It’s hugely stimulating to work with places that have a rich history. This was the case already with the big neon light The World is Yours, presented in 2015 on the Théâtre de l’Odéon in Paris and which will be reinstalled at the Château La Coste from the 21st of November. Together with this new work in London and in Paris, I have been working with the Maison Ladurée for Purple Haze, a special edition box of macaroons which I also developed the flavour for. The title is another reference to Jimi Hendrix. The collaboration can be found from the 9th of January 2019 in Ladurée’s English and French shops. 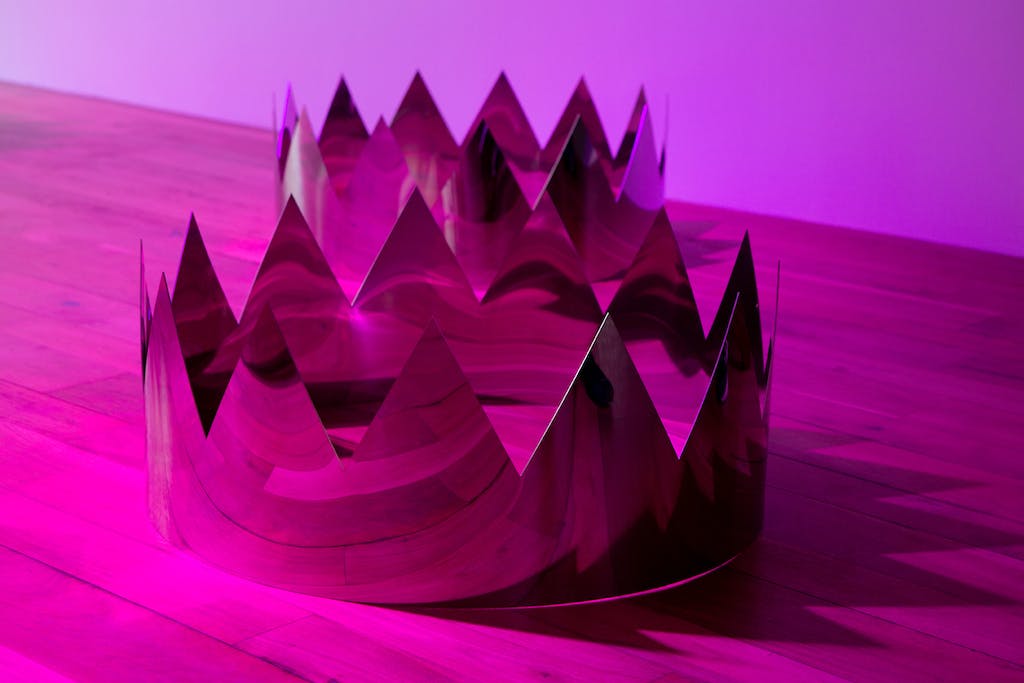 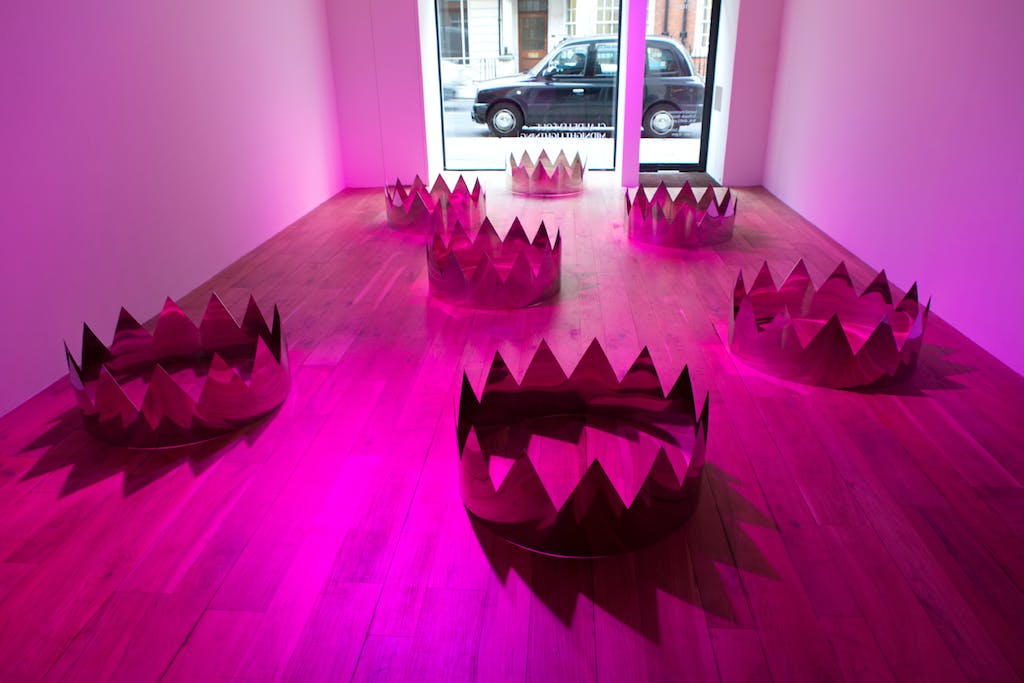 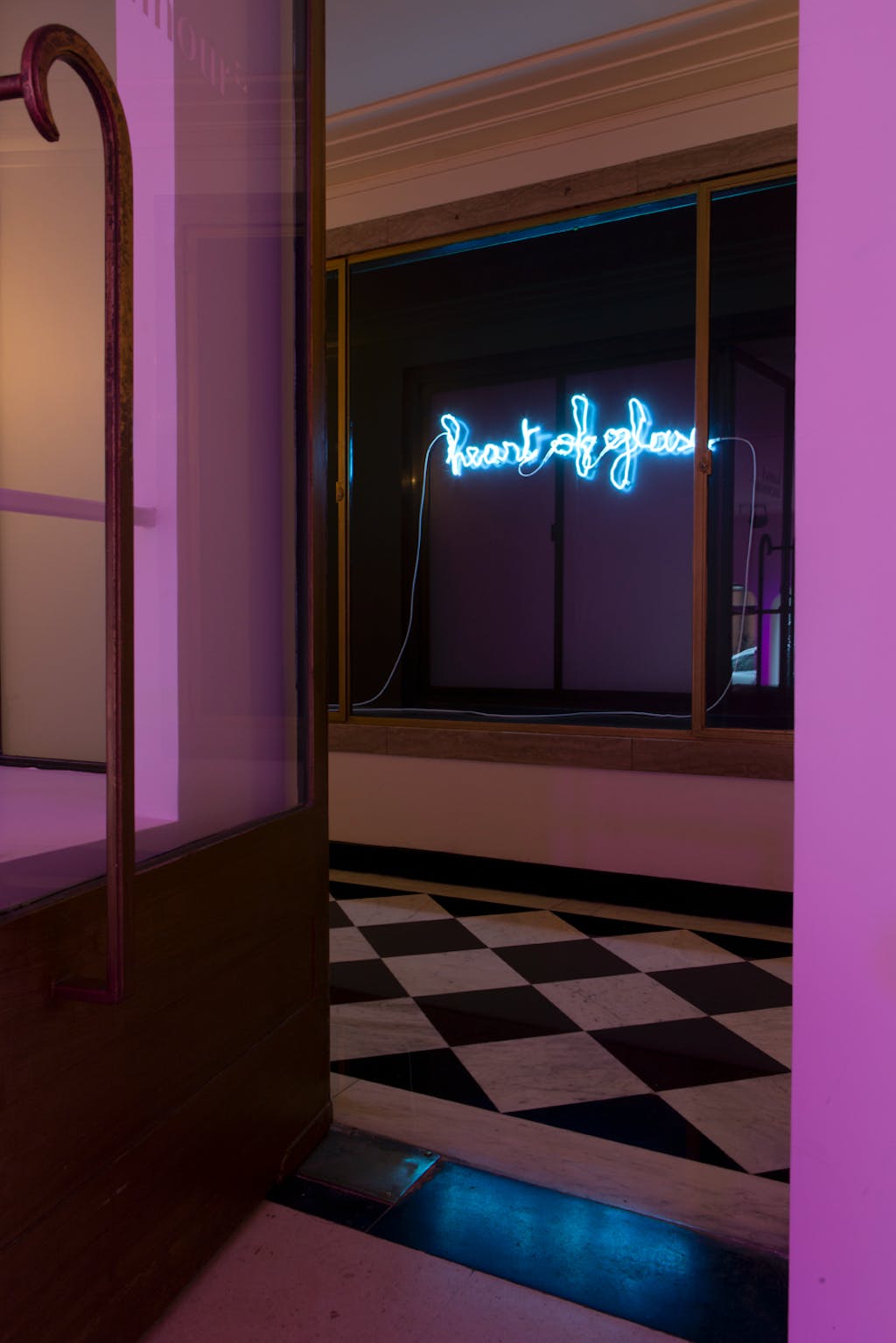 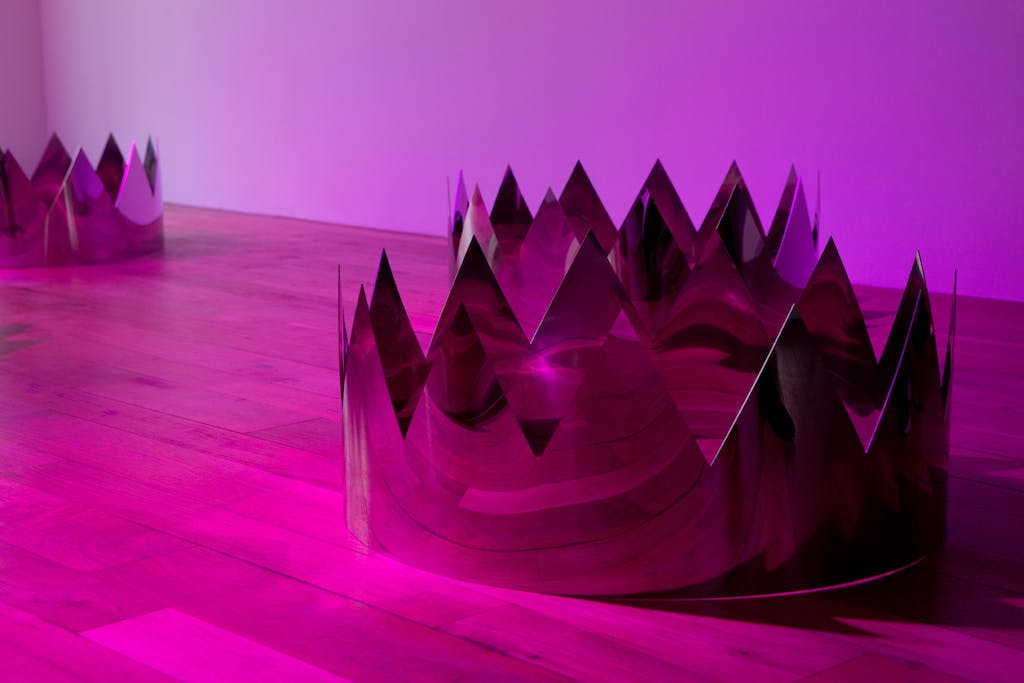 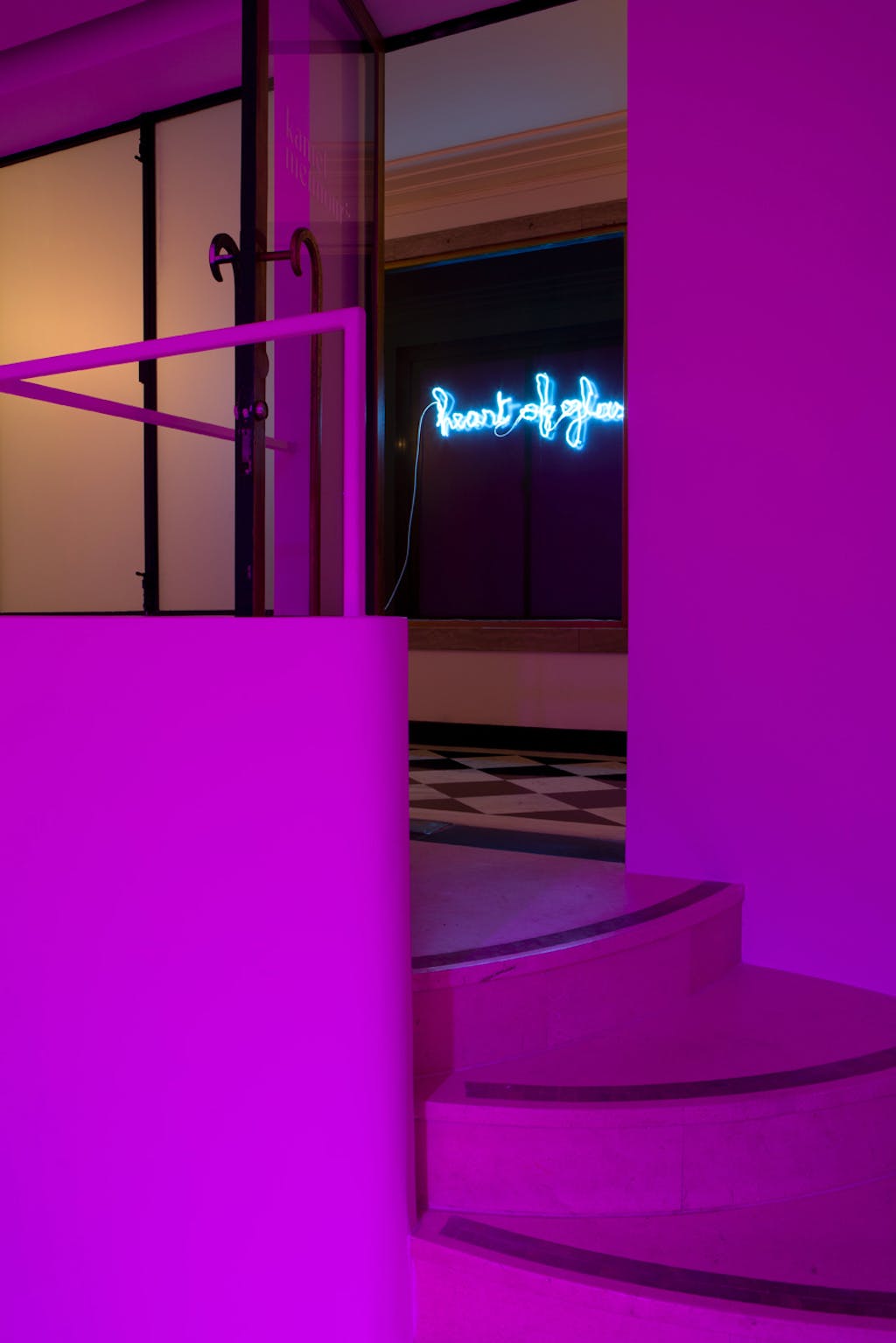 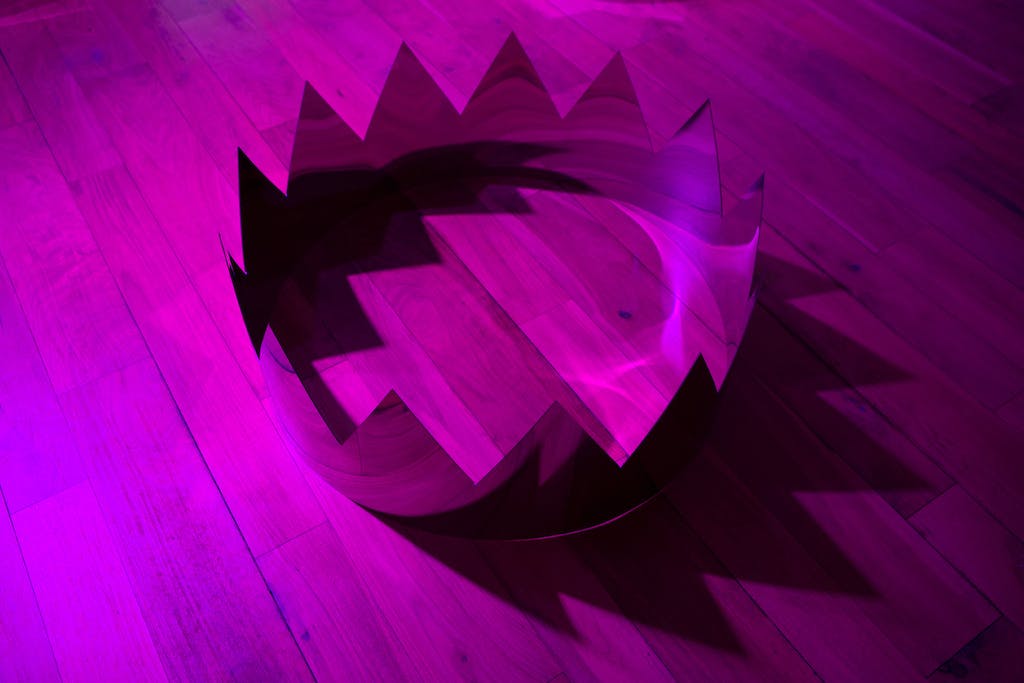 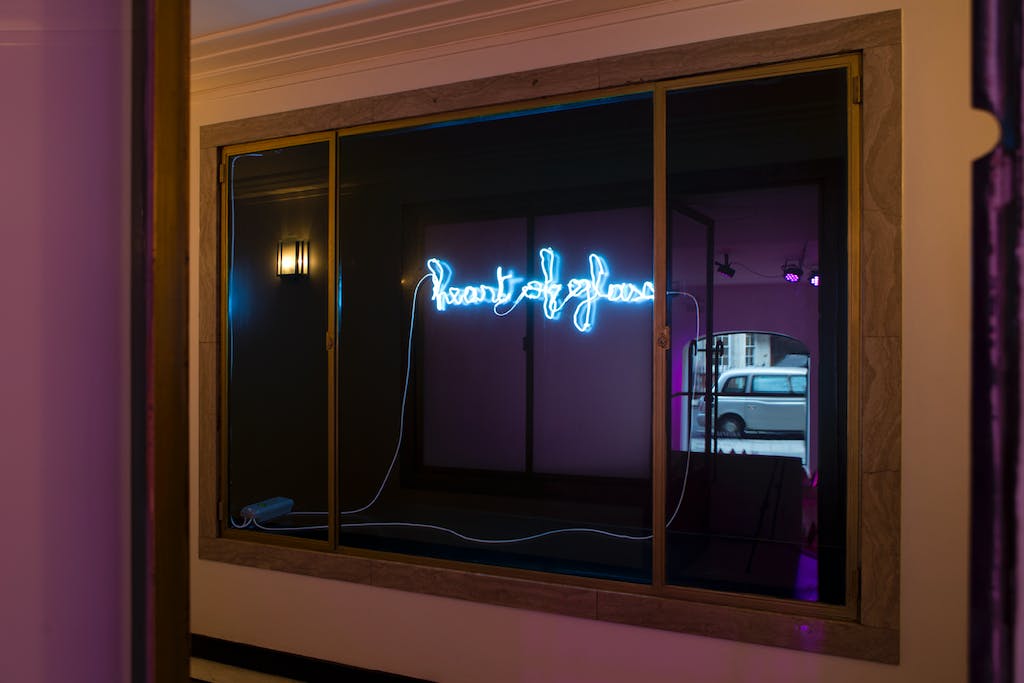 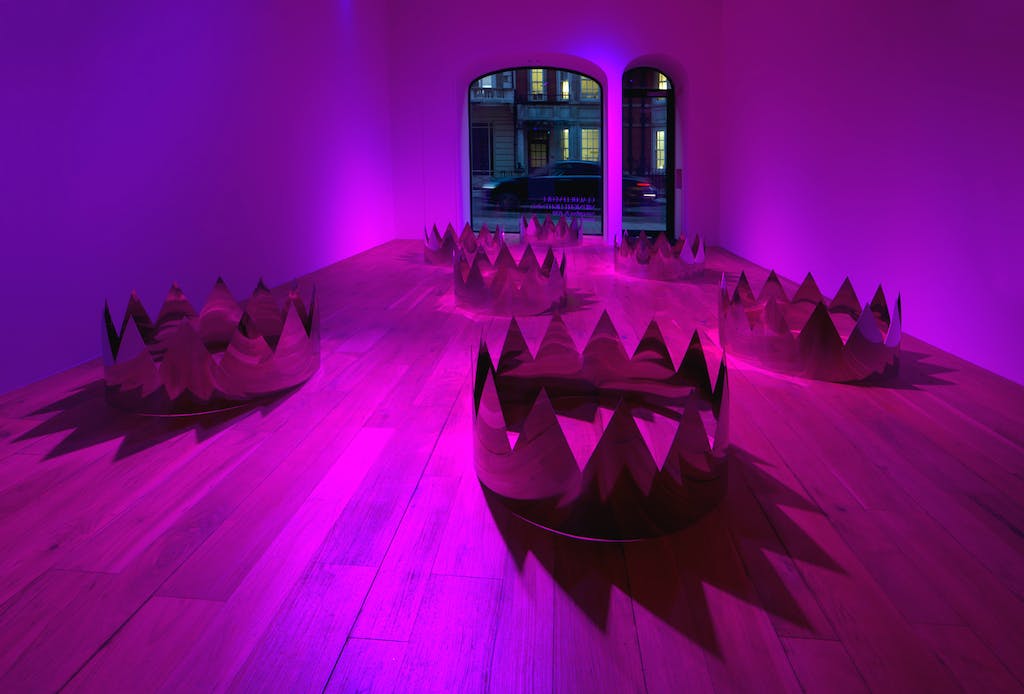 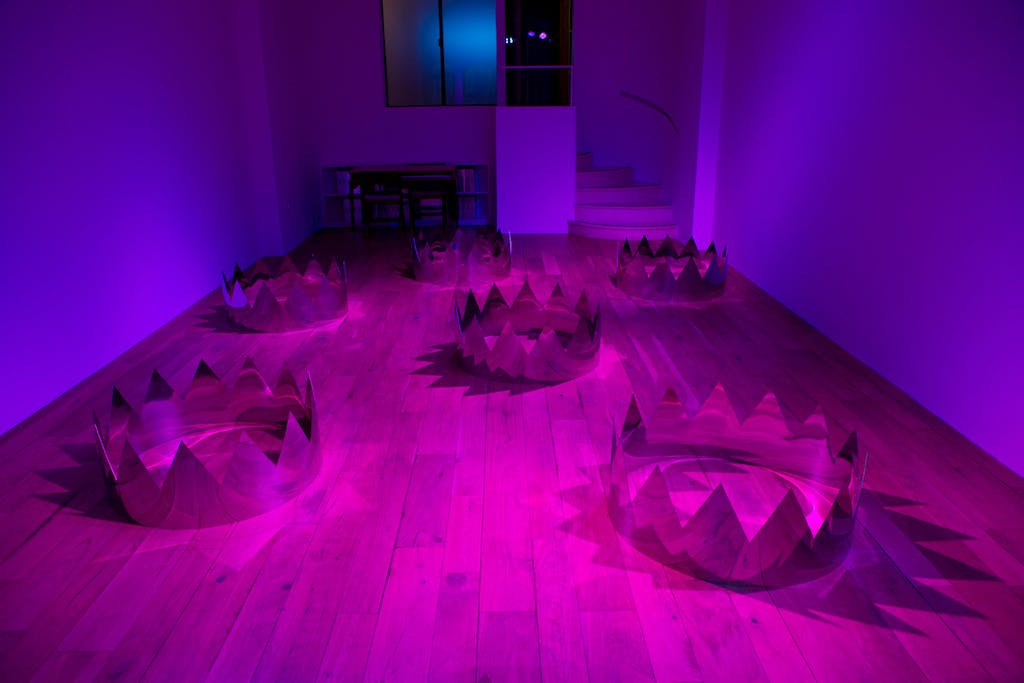 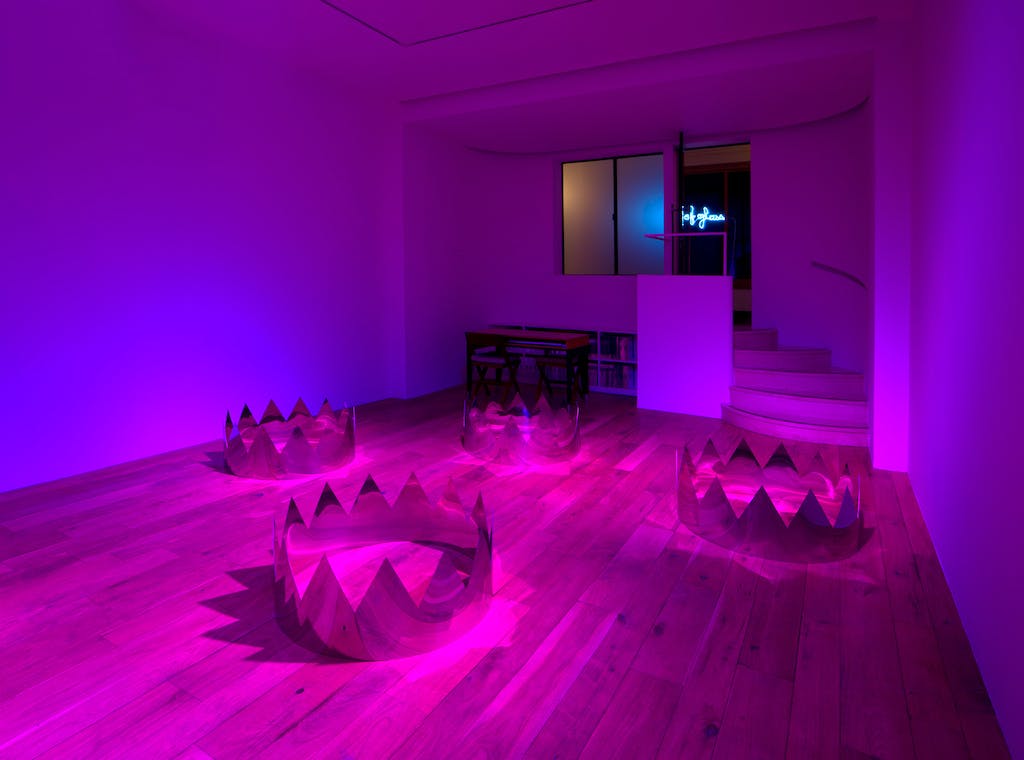 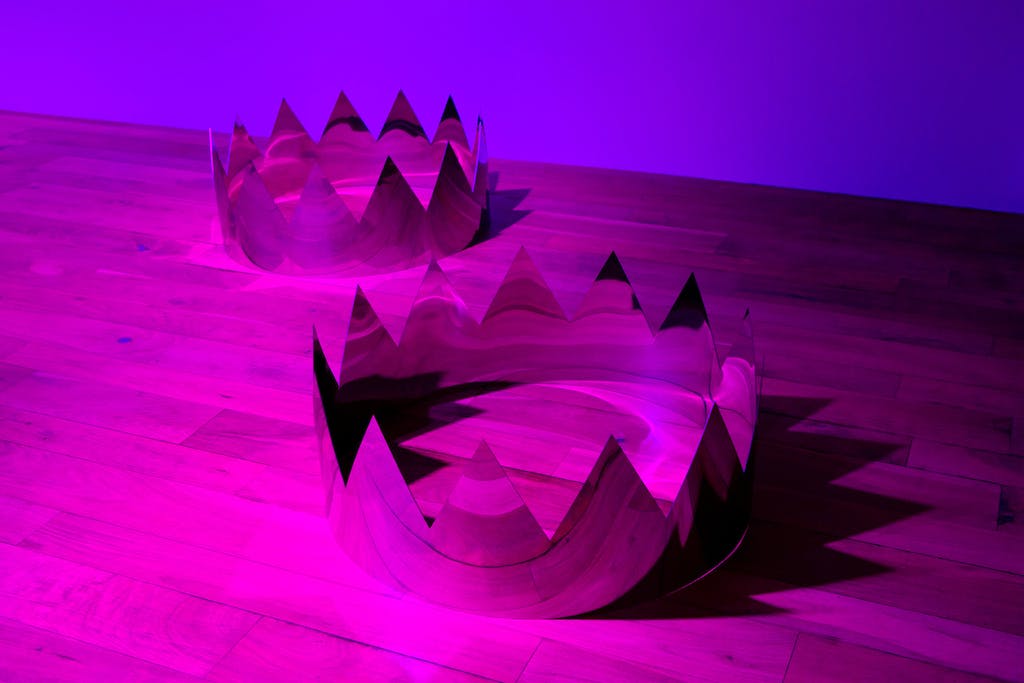 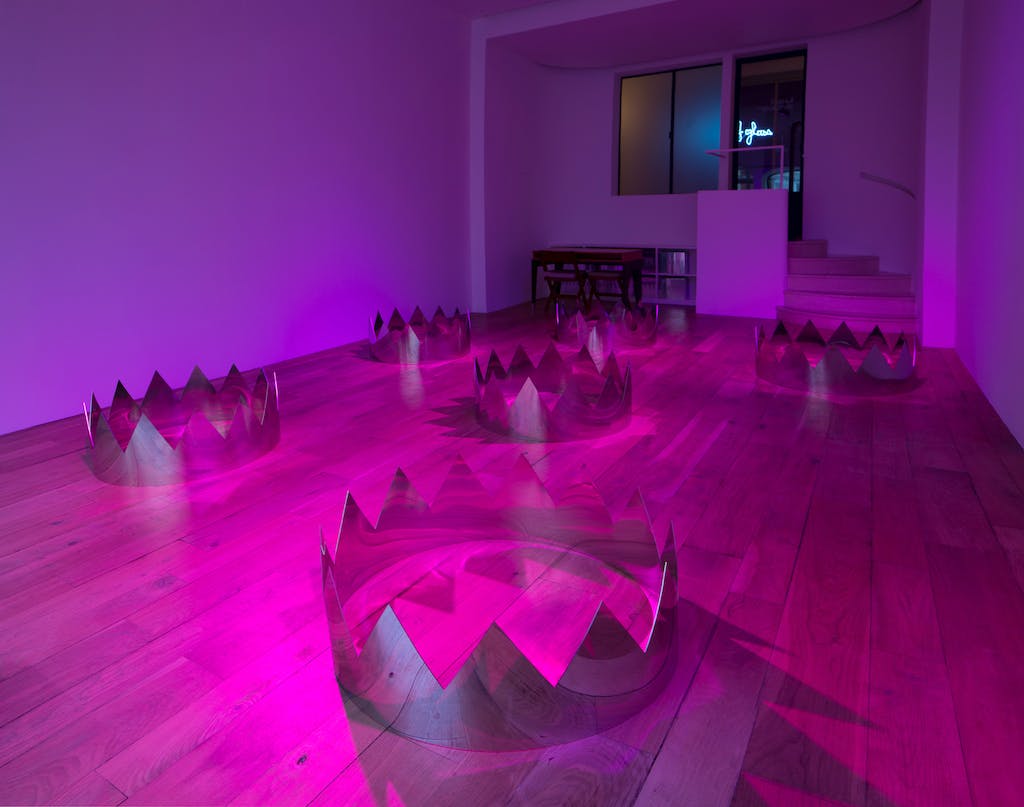 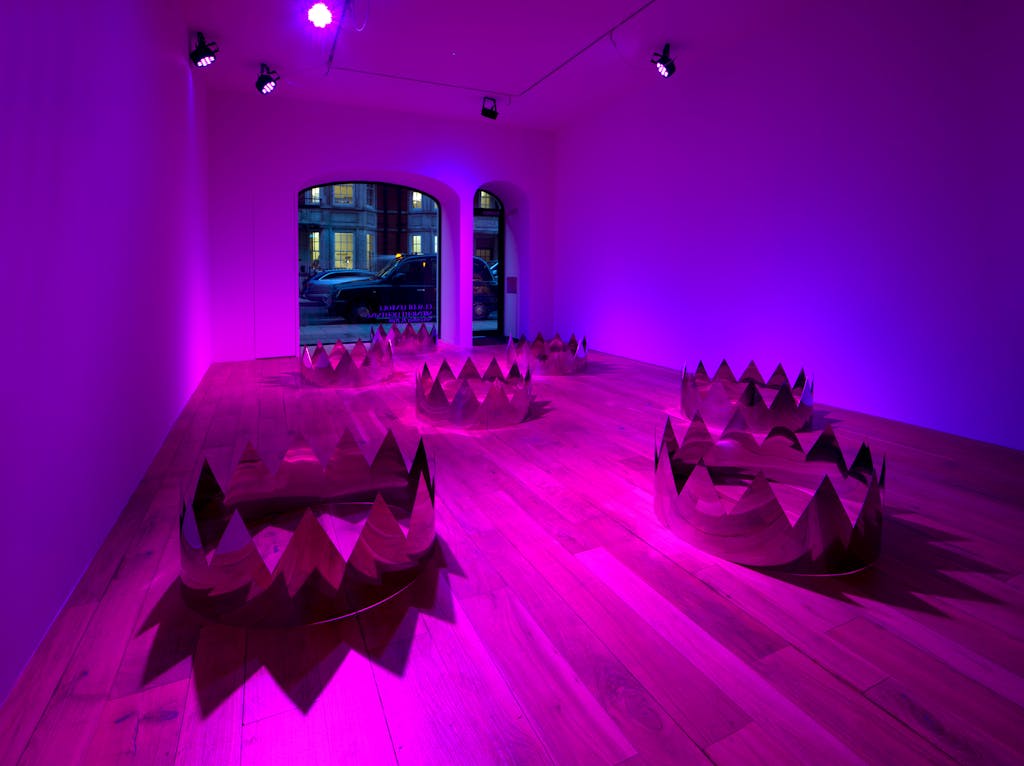 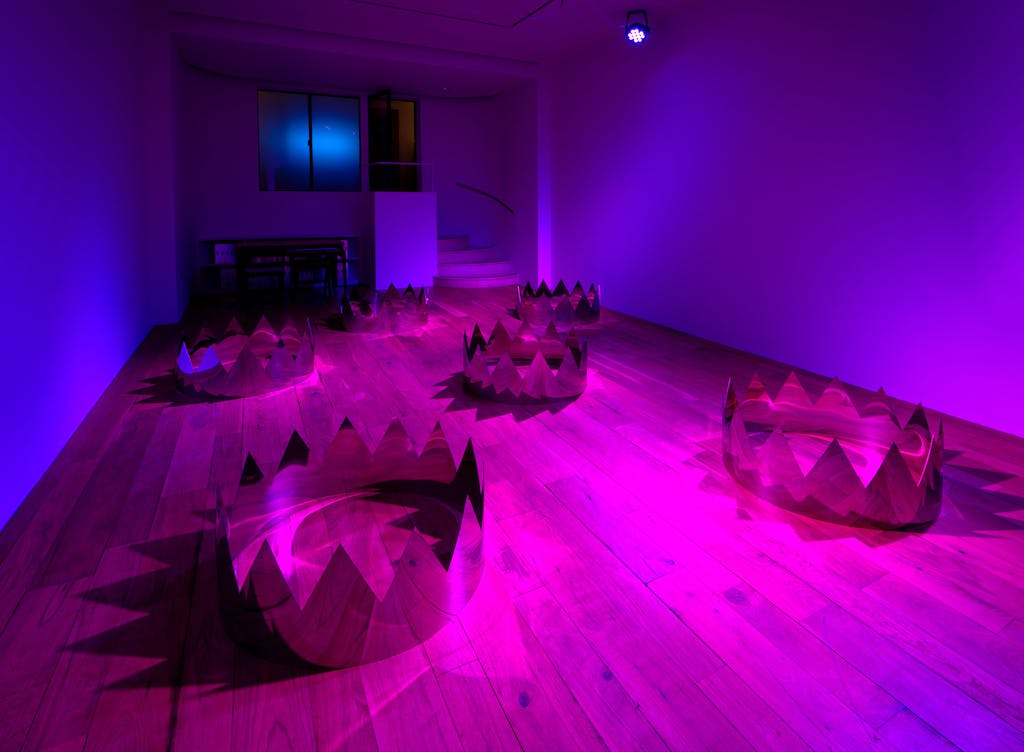