‘The point is existence. The line is life.’1

After his expansive and surprising sculptural dialogue with the Château de Versailles and the gardens of André Le Nôtre in 2014, in Paris Lee Ufan is exhibiting his most recent paintings along with eleven watercolours from 1983. The galerie kamel mennour is honoured to bring these watercolours to the public in its new space on the Rue Matignon, and to hang in the space on the Rue du Pont de Lodi a series of paintings whose astonishing colours and vibratos signal a
new direction for the artist.
Lee Ufan is legion. Known and recognised throughout the world for his paintings and sculptures, he is also a writer, philosopher, and art critic. He is Korean and Japanese, a double cultural heritage that has been further enriched through his special relationships with France, Germany, Denmark, and numerous other countries. Such a kaleidoscopic life is weighted down by an essential silence, where drawing and watercolour take on a primordial role. ‘My thoughts and
acts are an endless flittering. Drawing is the first contact between the paper and myself and the development of our relationship. It’s true what one says about drawing’s freedom from projects and structures, about its arbitrariness, it is really what best suits the activity of the painter,’ he writes in his book The Art of Resonance.2
Whether drawn, painted, or sculpted, every one of Lee Ufan’s works is a beginning, an existential point, an event from which the exploration of an infinite, unknown, though vital world unfolds. This adventure takes place in a dialogue with the work. It is a question of setting in motion the creative process that will open art up to its own life. It will allow the viewer to enter into a dance scored to feeling. The outcome is vital: to become freer, vaster, more in tune with the infinite, and hence to the universe. ‘It is not the universe that is infinite, it’s the infinite that is the universe’, says Lee Ufan3. Nuance appears on the
scale of the limitless, where each of us can invent new dimensions for ourselves.
This is true of Lee Ufan himself first of all. He underlines this by pointing to a difference between painting and sculpture. The latter for him has a relationship to the environment in which it appears. This is why his sculptures always take the prefix-title Relatum, to which is then added a variable suffix-title. By contrast, pictorial creation is a solitary practice: ‘I must, in my painting, challenge myself alone. The event that takes place between the canvas and myself is almost a secret rite, completely closed to the surrounding world.’4 In this meditative, timeless state, Lee Ufan is attempting to connect with the unknown, to perceive ‘the undetermined world that precedes language’.5 This connexion will preside over the whole of the making of a painting or a drawing: it is the key with which Ufan will try to reach a prereflective dimension. Before painting, he adjusts his breathing and the rhythm of his body so that his energy, animated by a vital drive, finds its way to the infinite. The key turns. It opens the place in which to paint. The painting becomes like a living being that causes space to resonate.
This is where the viewer is invited to venture: towards the unknown. For thought and reality do not conform with one another. Reality is infinite, painting is infinite…

Lee Ufan was the initiator and the theoretician of Mono-ha (‘School of Things’). Between 1967 and 1970, this movement in Japan brought together artists who showed art to be a process between two things or between a thing and space. The Mono-ha artists, who have sometimes been linkened to the minimalists and the artists of arte povera, wanted to pace out, to make a survey of relationships with the outside by setting up spatial relationships. This relationship between the interior, the exterior, and space is still present in the work of Lee Ufan.
In Naoshima, on a small Japanese island in the Seto Inland Sea, the artist has created, with the help of his architect friend Tadao Ando, a place of contemplation. Dedicated to silence and meditation, it vibrates with the meeting between life and death. Would this be another way of designating the interior and the exterior? In any case, for Lee Ufan, a successful work manages to hold within itself life and death, to go beyond the fundamental dilemma of the human condition. This is what makes drawing and painting the privileged tools of metaphysics. 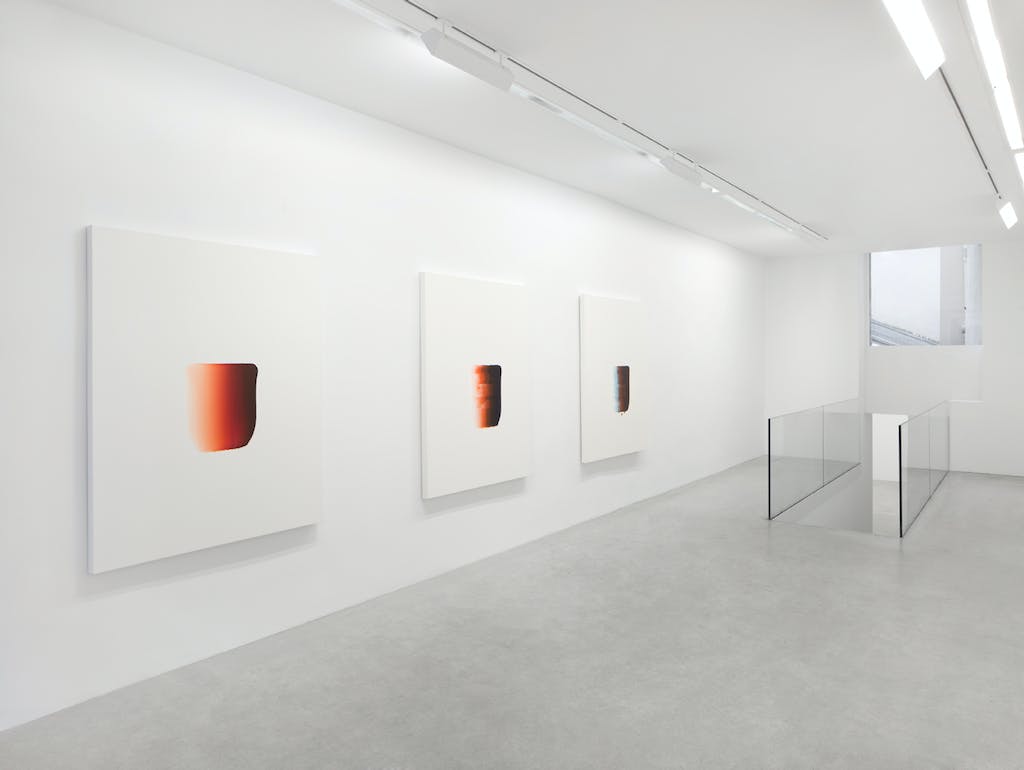 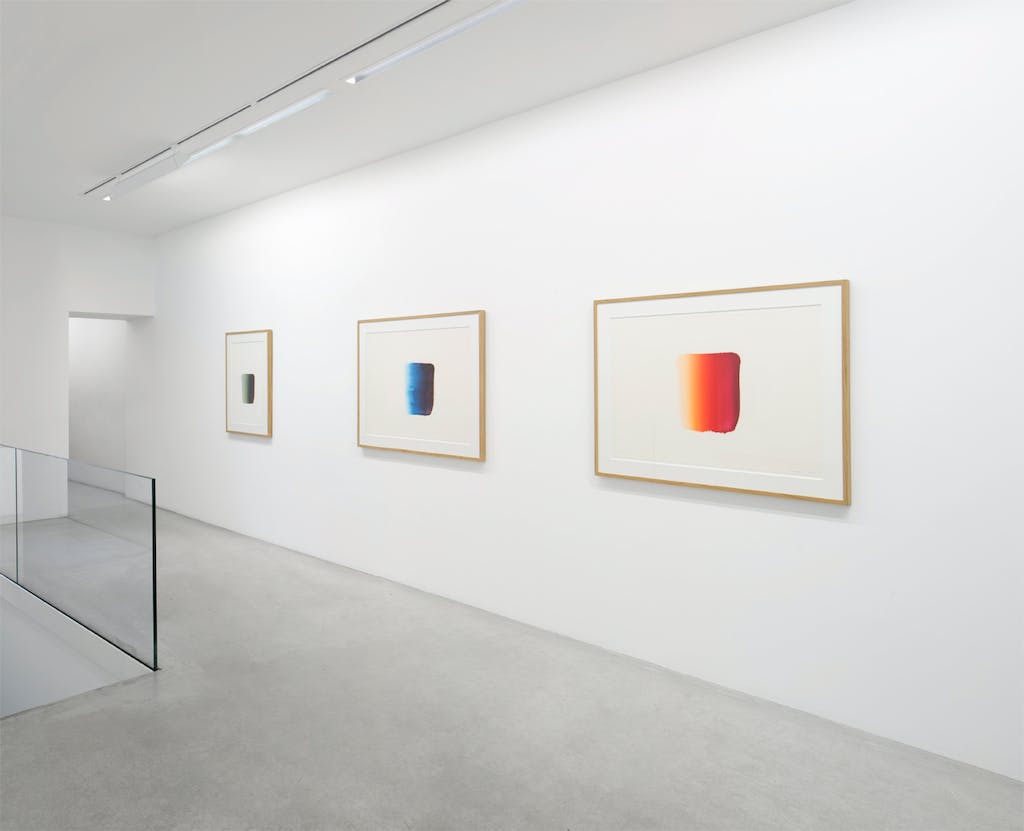 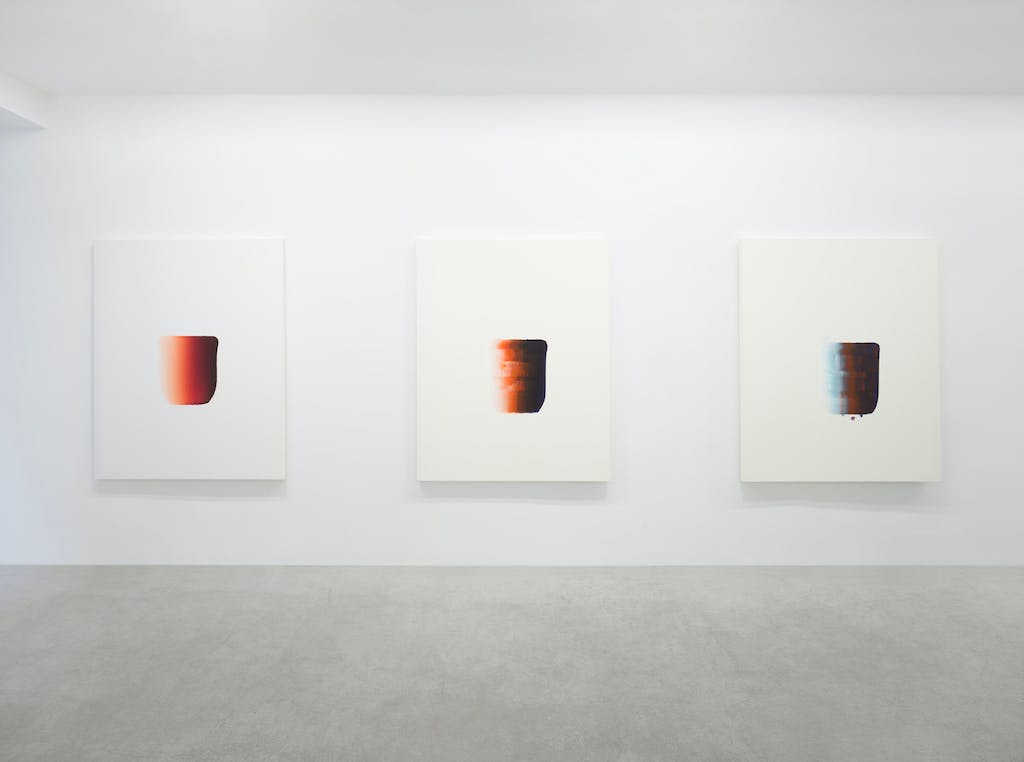 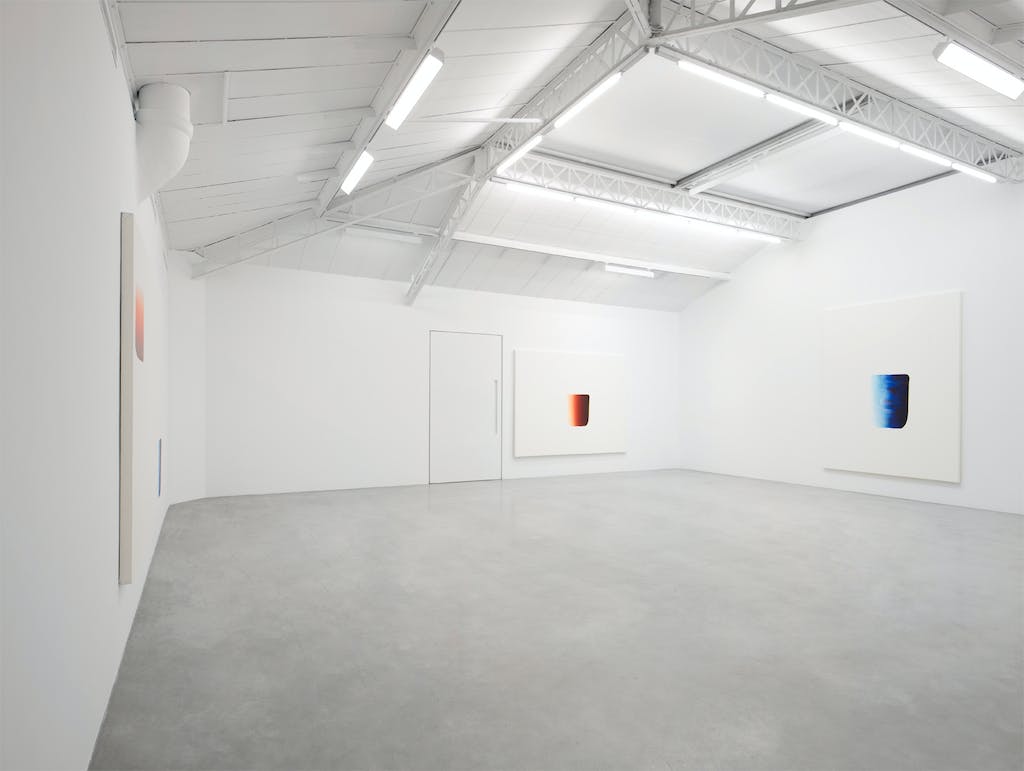 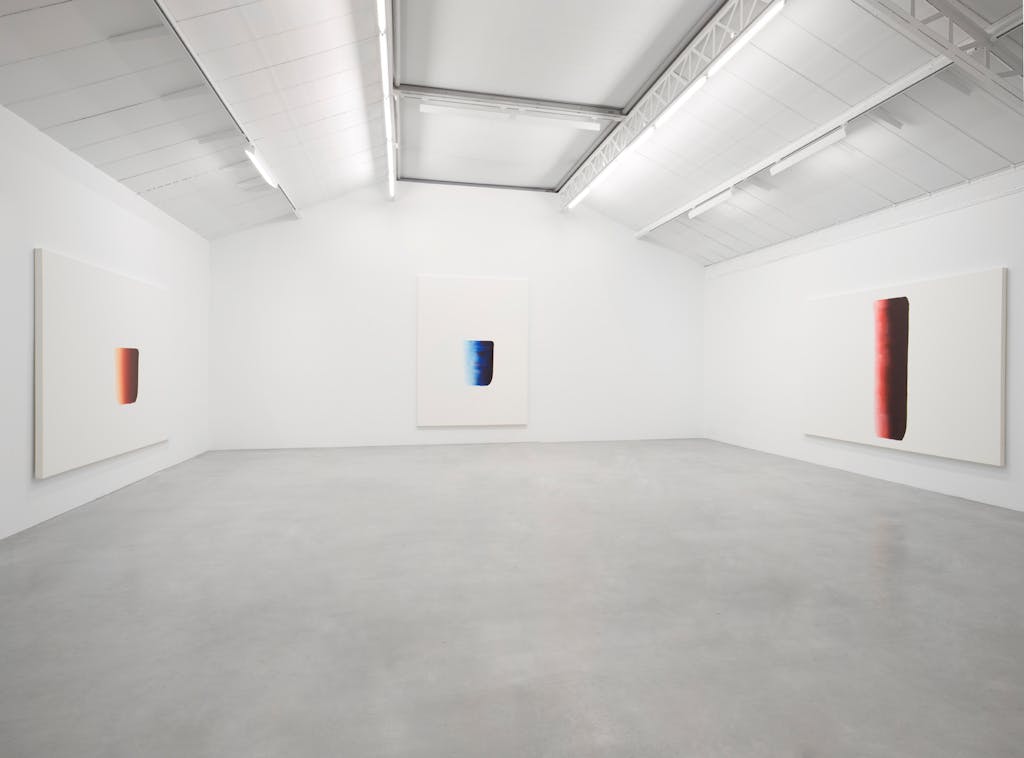 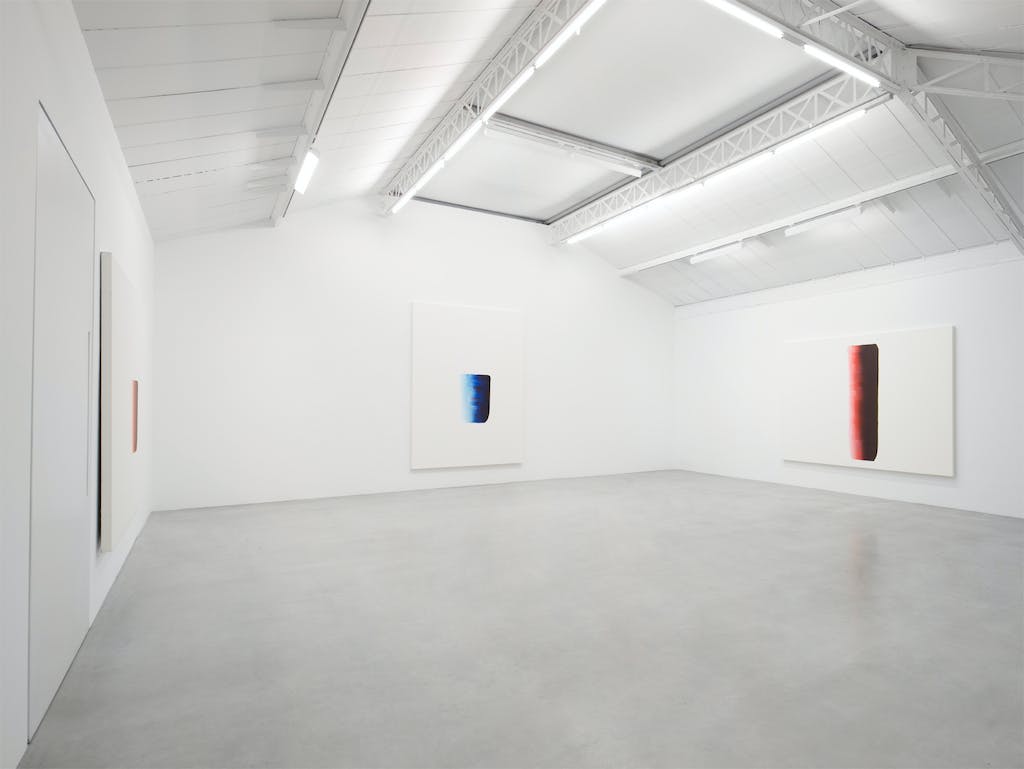 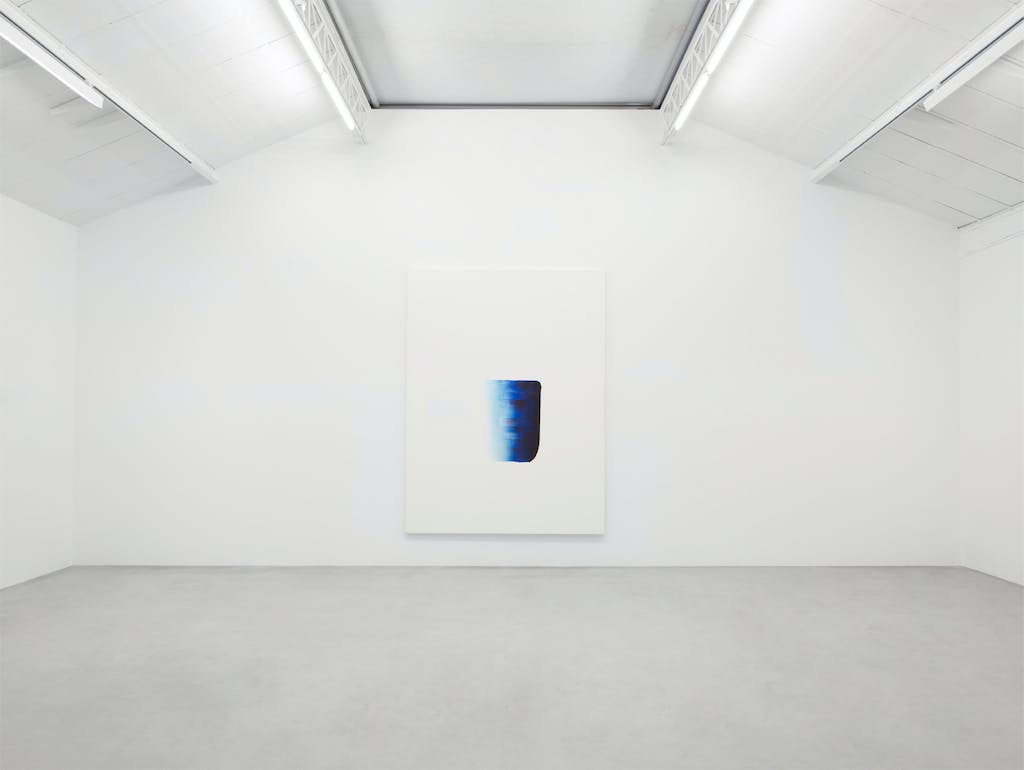 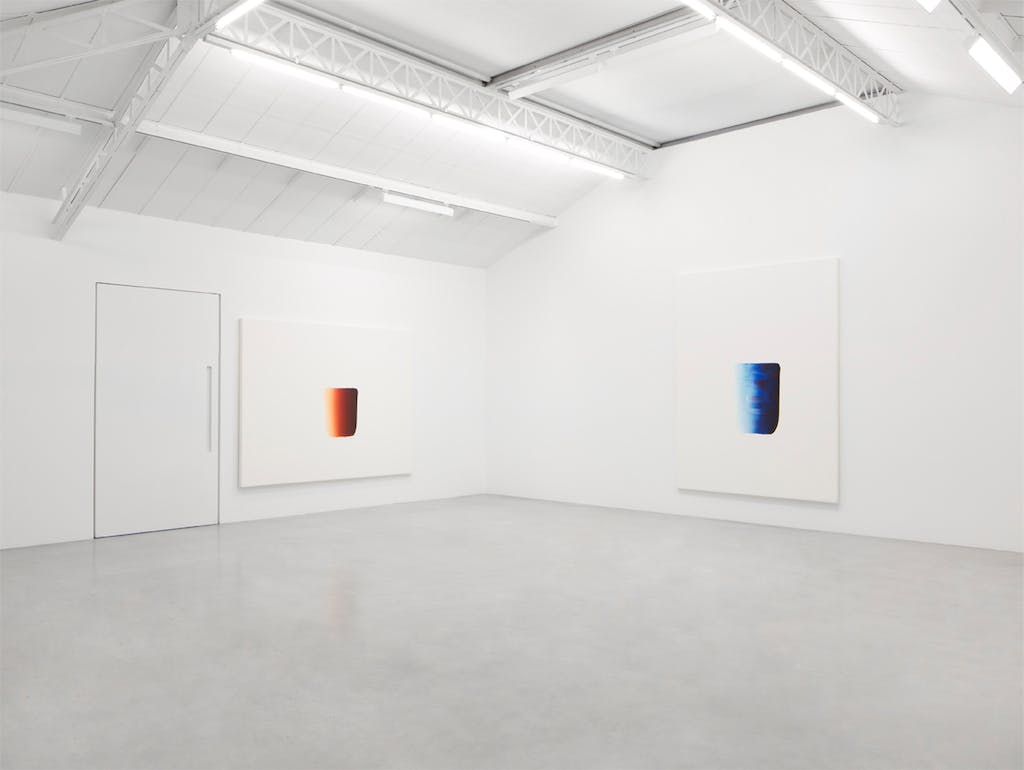 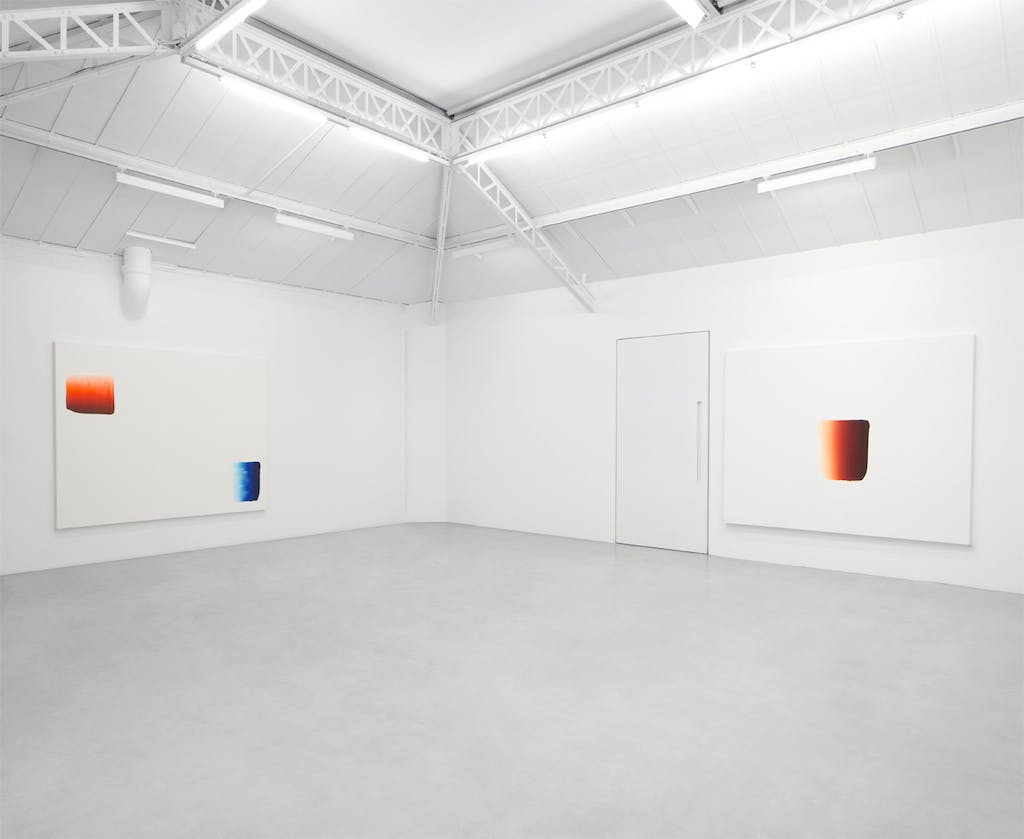 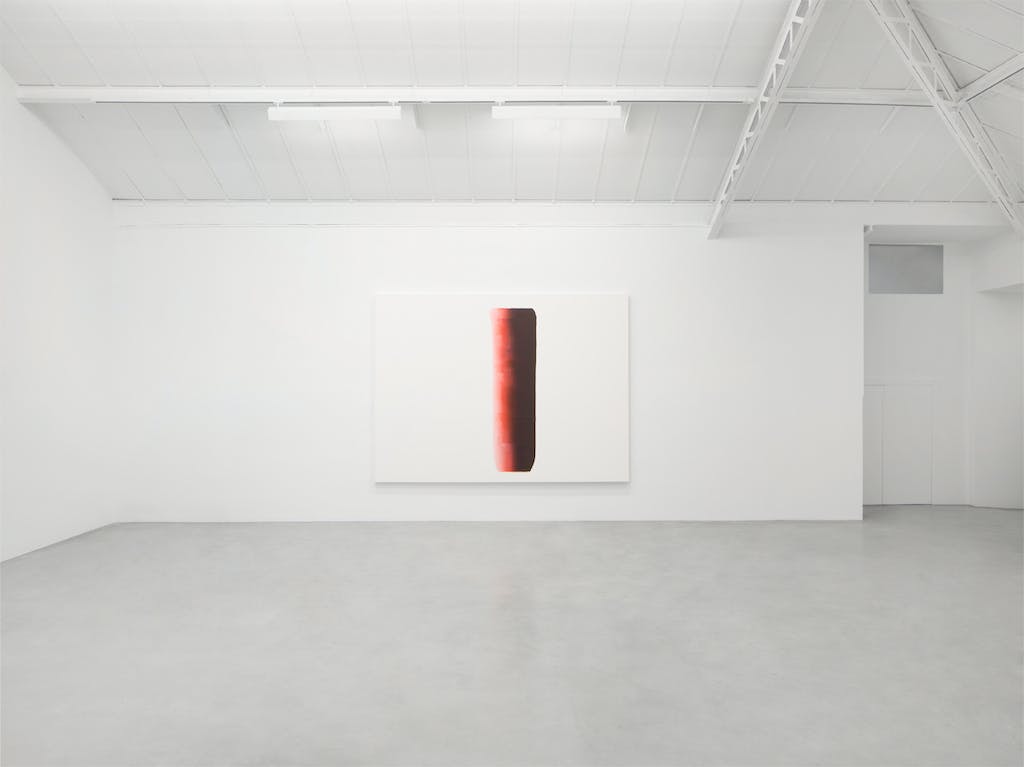 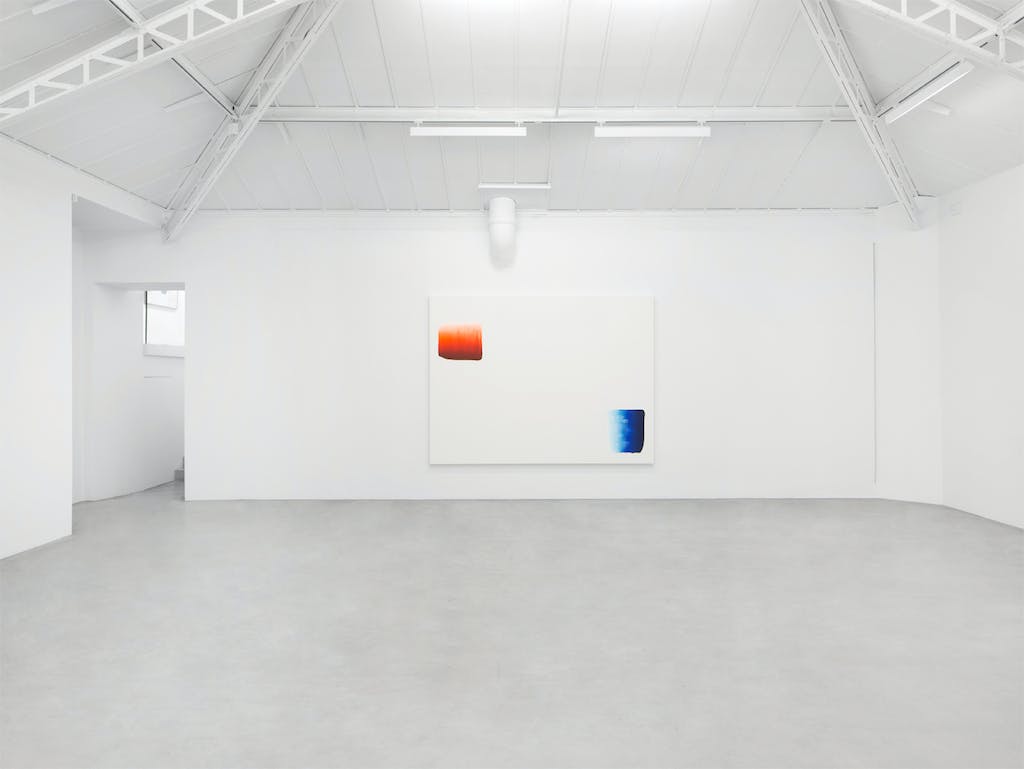 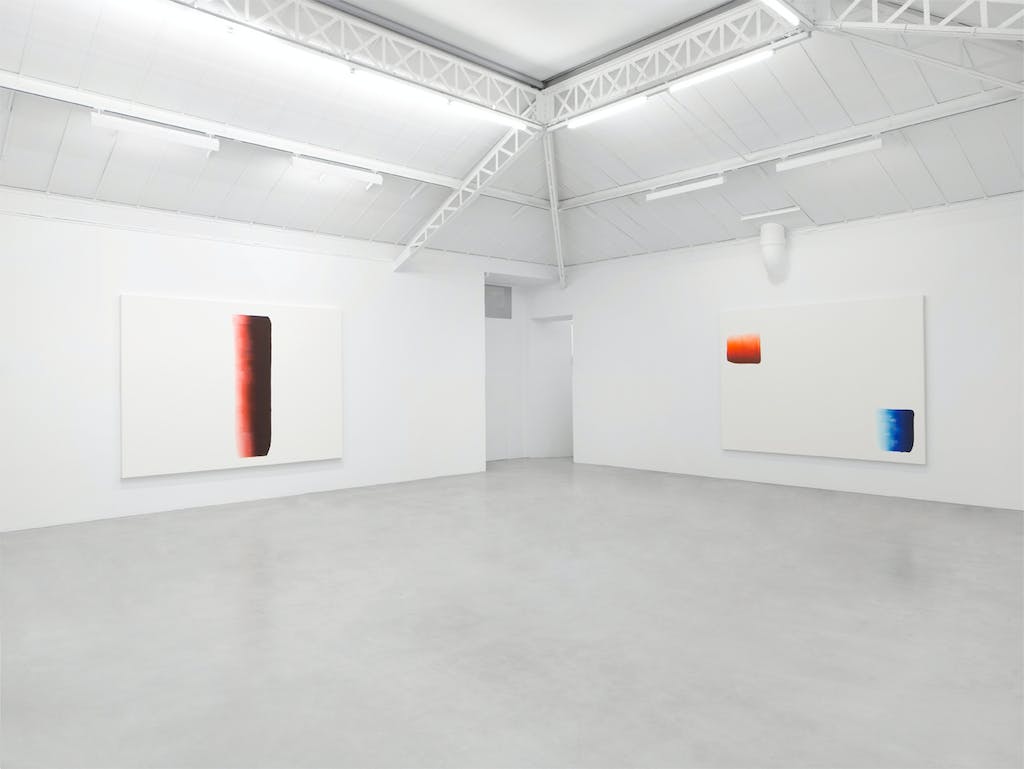 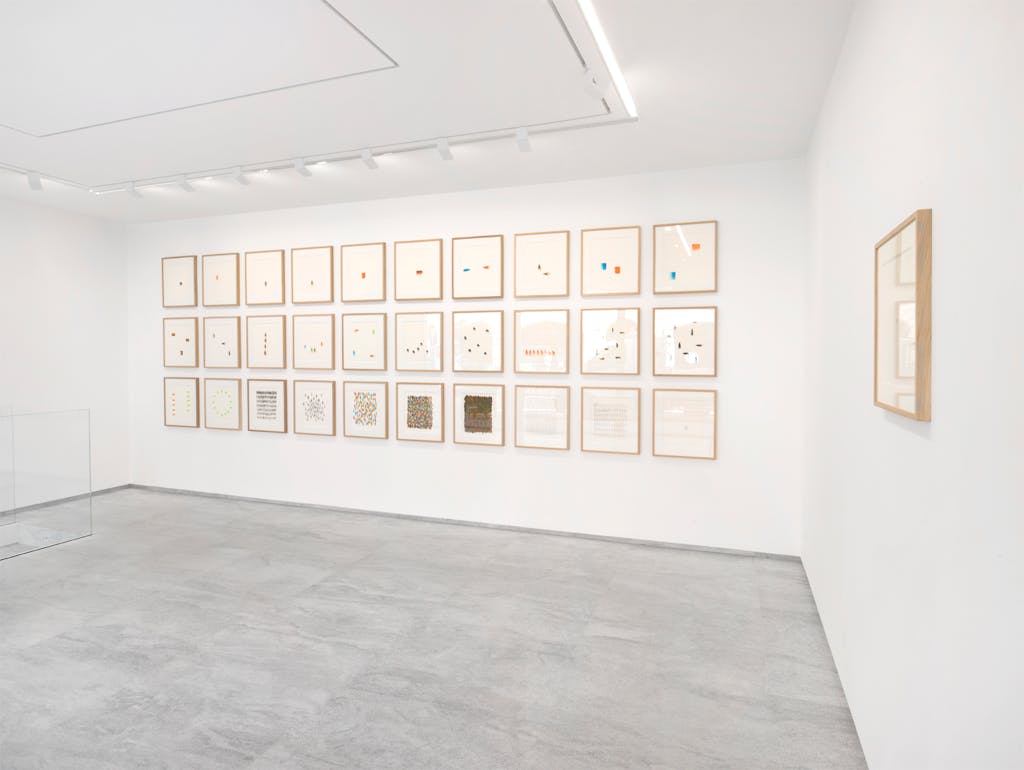 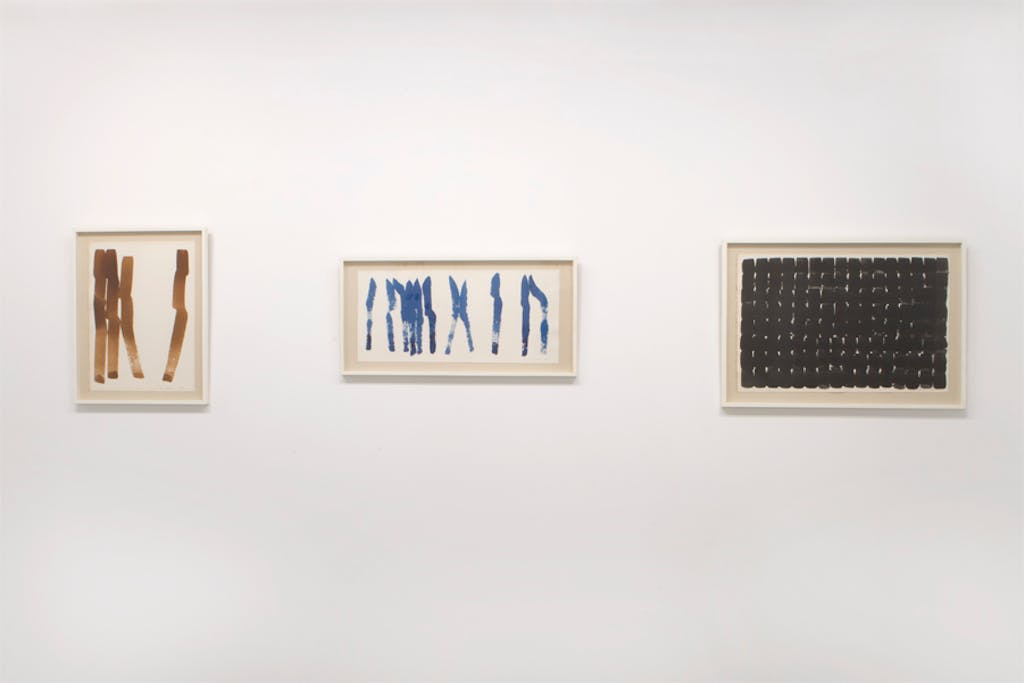 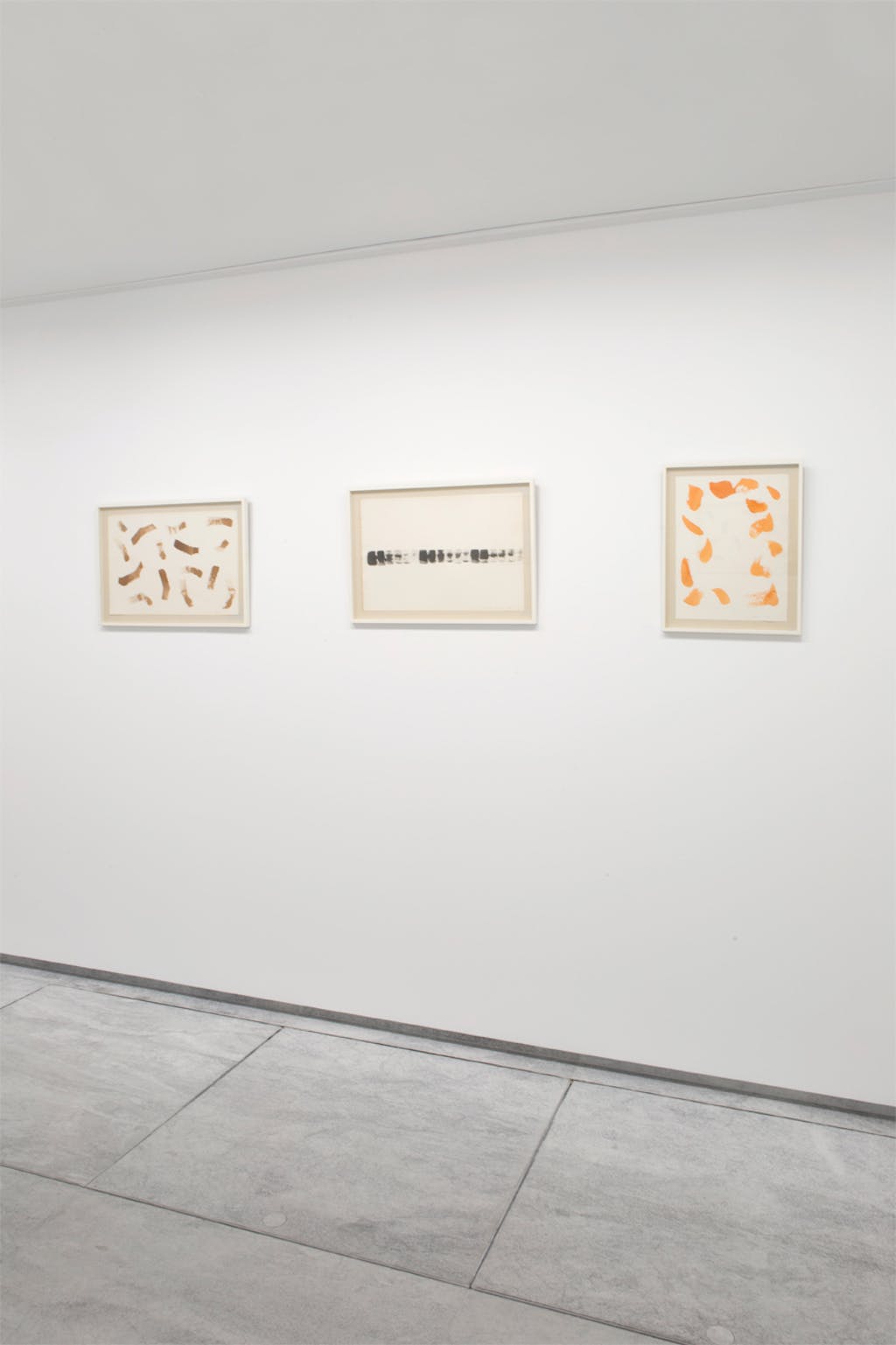 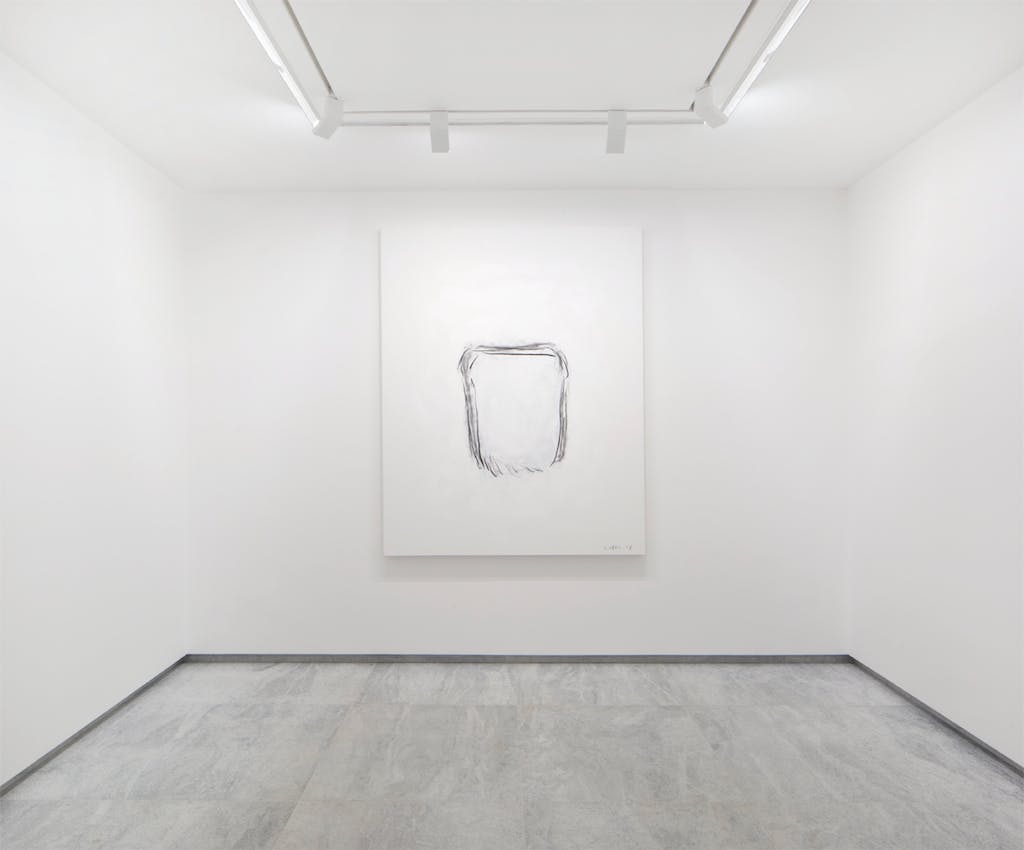