It’s easy to imagine him arriving at the gallery with a big box of drawings and a spur-of-the moment notion of putting on a show. The hundred or so drawings in this exhibition provide an intimate glance into the work of Martial Raysse, making available for the general public a body of work that has been little known until now. The lens offered by drawing often gives one the impression of having surprised the artist in his studio. There is a bit of that here, in the spontaneity of the compositions and poetic assemblages, but it’s not everything. There is also the image of work, control, straightening and fixing up, of past time and the surprising alignments this allows for today.

To begin with, with Martial Raysse there are always women, doubtless the first of his subjects. Rebecca (1996) brings to mind the Mona Lisa, but we could have also passed her yesterday in the metro. Her portrait is surrounded by long brush strokes of brown and purple gouache. This is the artist’s palette and the most elegant dress she wears. You have the impression of catching him at work, as you do with the succession of certain variations, like the charcoal drawing of La Charmante Nad who reappears in Nad (2000) dressed in red and surrounded by field flowers. Are these two images a few minutes or a few days apart? Raysse’s drawings say much about his practice. Everything is permitted, all the pencils, all papers and collages, including photocopies, all the pirouettes and acrobatic turns imaginable.

At first, the most arresting thing about the large compositions he made in the 1960s is their high level of relief: the plastic deer antlers, the fake plants, the plywood fragments of beach and landscape. His drawings are also often in three dimensions, like in the studies for La Source (1990) for instance, in the small collages where girls’ heads have been cut out and attached to busts that are slightly too small. There are also swimming costumes glued onto models’ bodies, like the cut-out dress-ups young girls play with. These collages, no less vehicles of fantasy, indicate stages in a scrupulous working process, with all its adjustments. They can also be a bit of a joke—or are they not really?—like the child from the Bronzino painting whom a crown of lily flowers added to his head in Place d’Assas à Tolède (1993) has transformed into a prince.

In a café or by the fireplace, Raysse often takes a little sketch book out of his pocket, where it has been nestled with the book he is reading. He is one of those artists who has always drawn, who is always drawing. In the box he brought to the gallery was a selection traversing practically all the periods of his life. The oldest is a strange bricolage-collage portrait of Henry Geldzahler (1963), a homage to the New York curator, friend of Warhol and the American Pop artists. Also amongst the older work are the two “Formes” inscrites (1969), even more minimal than minimal, perspectival grids in which the viewer guesses at the absence of two Formes en liberté. Since then, Raysse has never stopped making drawings that are in a way like the rear side of his work.

He has made a sort of atlas from these sketch books, the pages of which were never intended to be collected together. They are the Petits bouts échappés au déluge, to use the violent, poetic title he has given to some of his works since the 1970s. The drawings appear anew in these compositions, plunging the viewer into the intimate core of his investigations, or at least into his most spontaneous working moments. Étude pour Les Chemins de la Liberté (1982) is amongst the most startling of these pieces, with a series of cut-out stupas, rimmed with black, and glued together like an encyclopedia page, with a little blue spot on one of them.

Among the numerous studies, one recognises all the large paintings he has exhibited over the last fifteen years. There are the preparatory drawings for Jour des roses sur le toit (2001), for Dieu Merci (2005), and for Poisson d’avril (2006) where the Duc d’Issigeac inveighs against an impertinent young lady, and whose modello is truly a kind of paper marquetry. There is the parade of girls who inspired the immense composition Ici Plage, comme ici-bas (2012). The green, blue and fluorescent pink Deux extravagantes de Sarlat (2009), cut out of their canvas one day and taped to the wall, are the most extravagant. Lucie (2010) isn’t bad either, her cut-out shape evoking shadow puppetry and shamanic trances.

Other drawings have served as preparation for sculptures, like the 2010 study in which one recognises the bronze Ménis le Pêcheur (1997). The border of the drawing is torn, a little like with Tableau cassé (1964), except that on lifting it up, one sees on the sheet beneath the face and hand of the boy, the drawing object transformed into a little theatre.

Some of the drawings are less easily identifiable. It’s easy to guess the dates wrong. Since the end of the 1950s, Martial Raysse has never stopped questioning his works in progress, never stopped developing them in spite of the risk of criticism. This has lent multiple faces to his whole body of work. But there are also invariables, themes and forms that regularly reappear, but made-up and costumed in what are sometimes slightly misleading resurgences from the past.

In a more indirect way, some of his drawings, such as Lydia (2005), are linked to the films that he has made since the mid 1960s. The preparatory works for the painting Temps couvert à Tanger (2012) recall the Oriental universe of the video Lotel des folles fatmas (1976) and its remake Re-Fatmas (2006). Martial Raysse appears on numerous occasions in his films in the guise of a harlequin, an insider, a wise man and a fool all at once. Amongst the drawings, a few self-portraits show him in the role of the insider or the secret mediator, in O sole mio (2005) for instance, his violet face topped by a cross between a Pierrot and a Harlequin hat, and in Étude pour le Grand Jury (2014), in which he can be seen seated before his easel, which is a mirror. His drawing, too, is a mirror for his work. 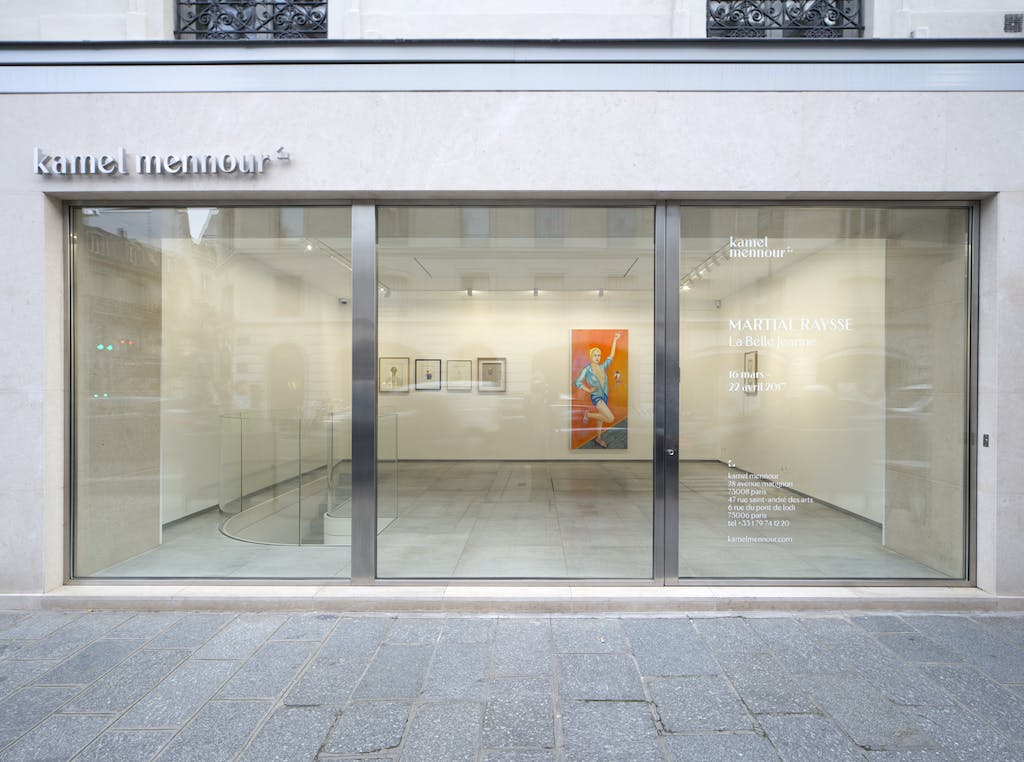 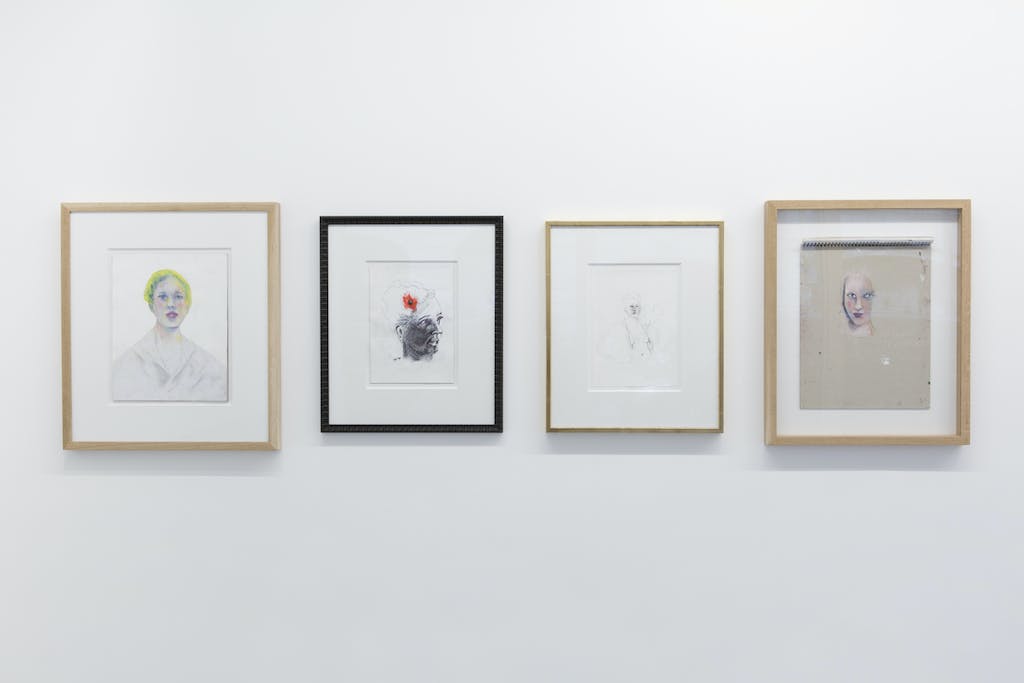 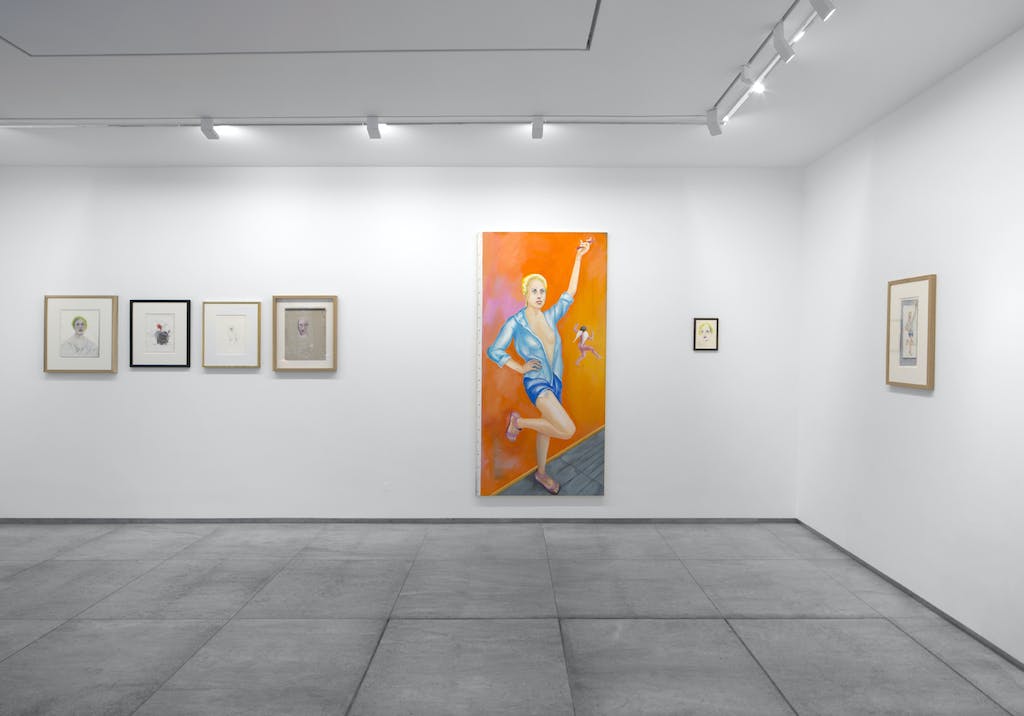 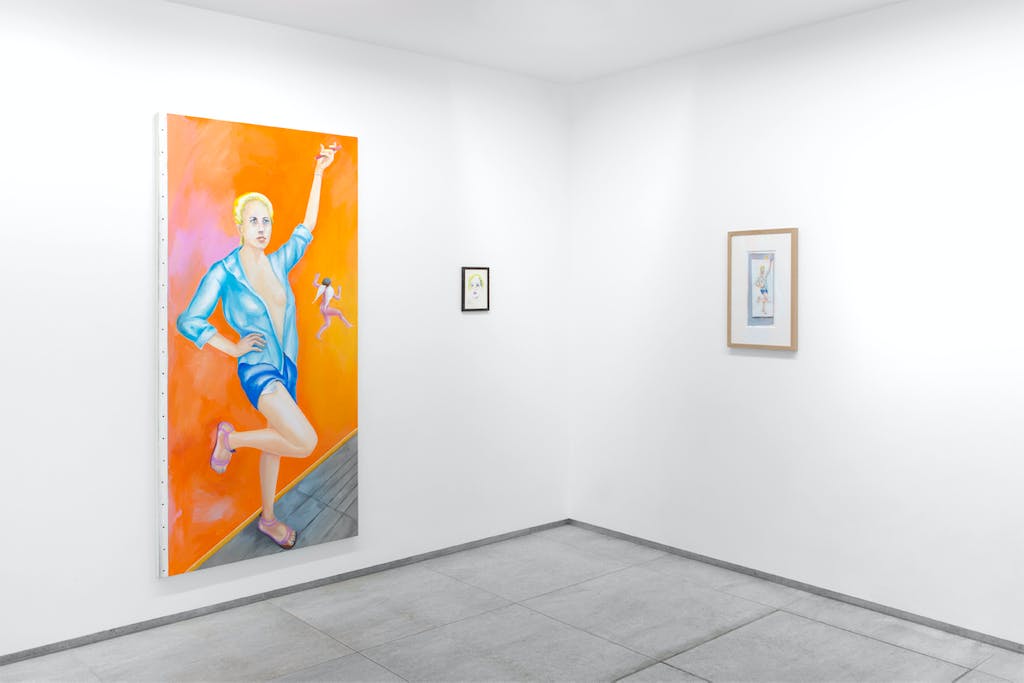 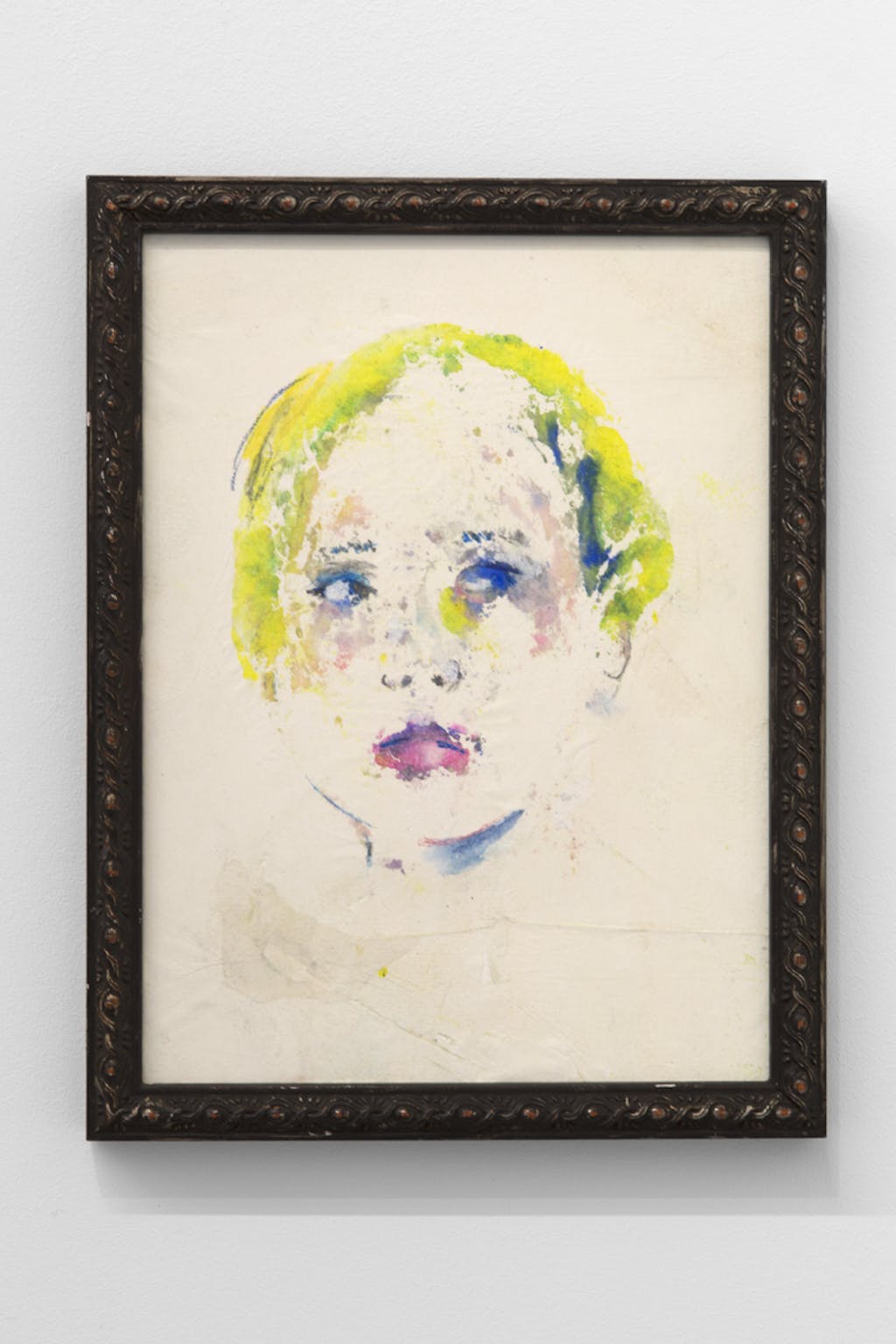 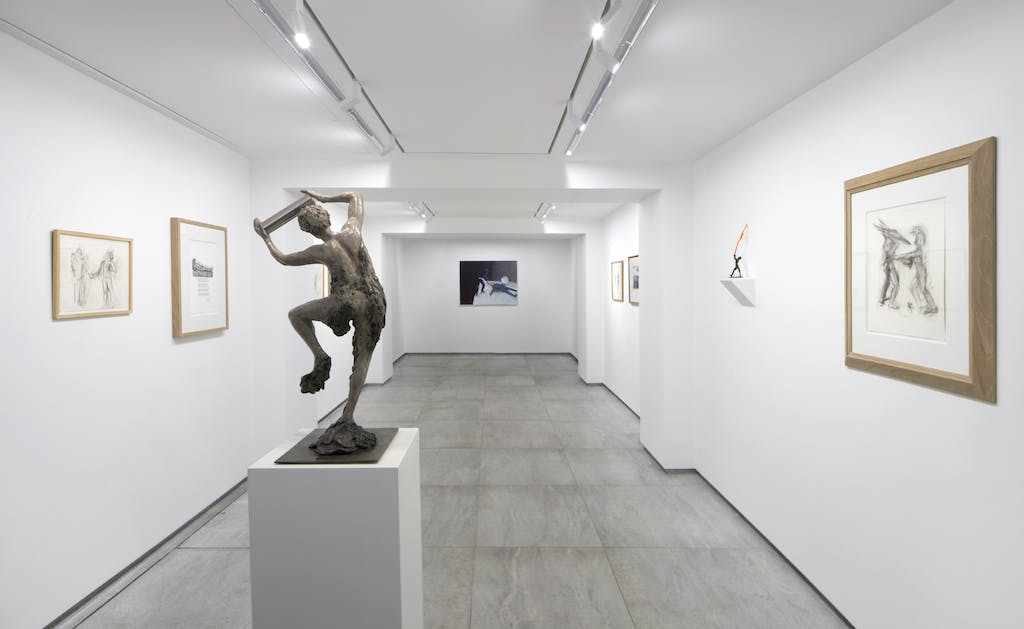 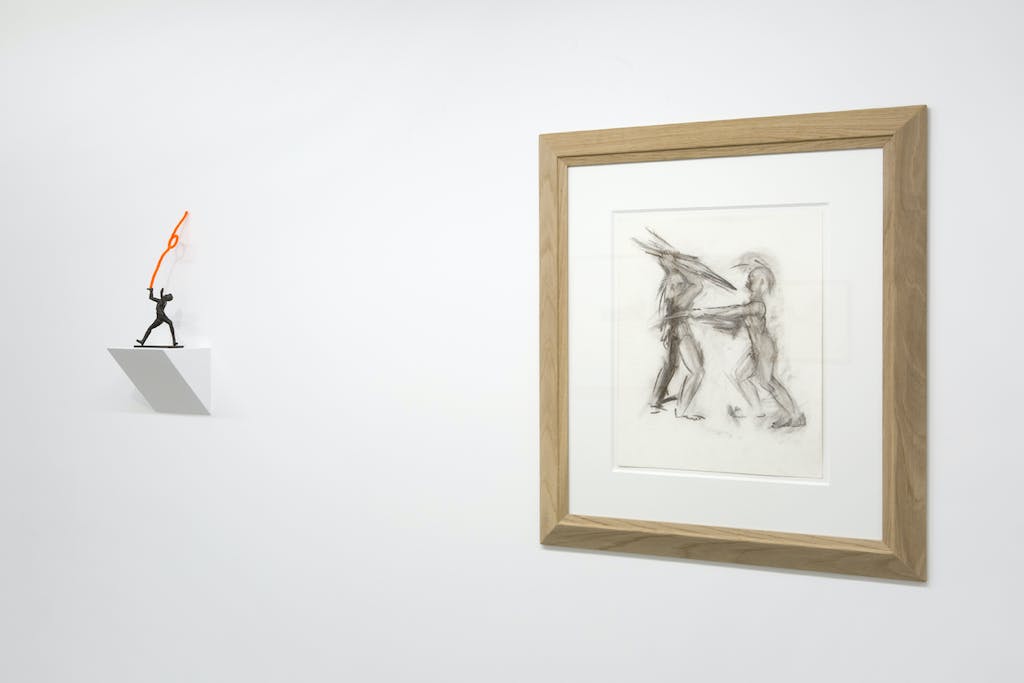 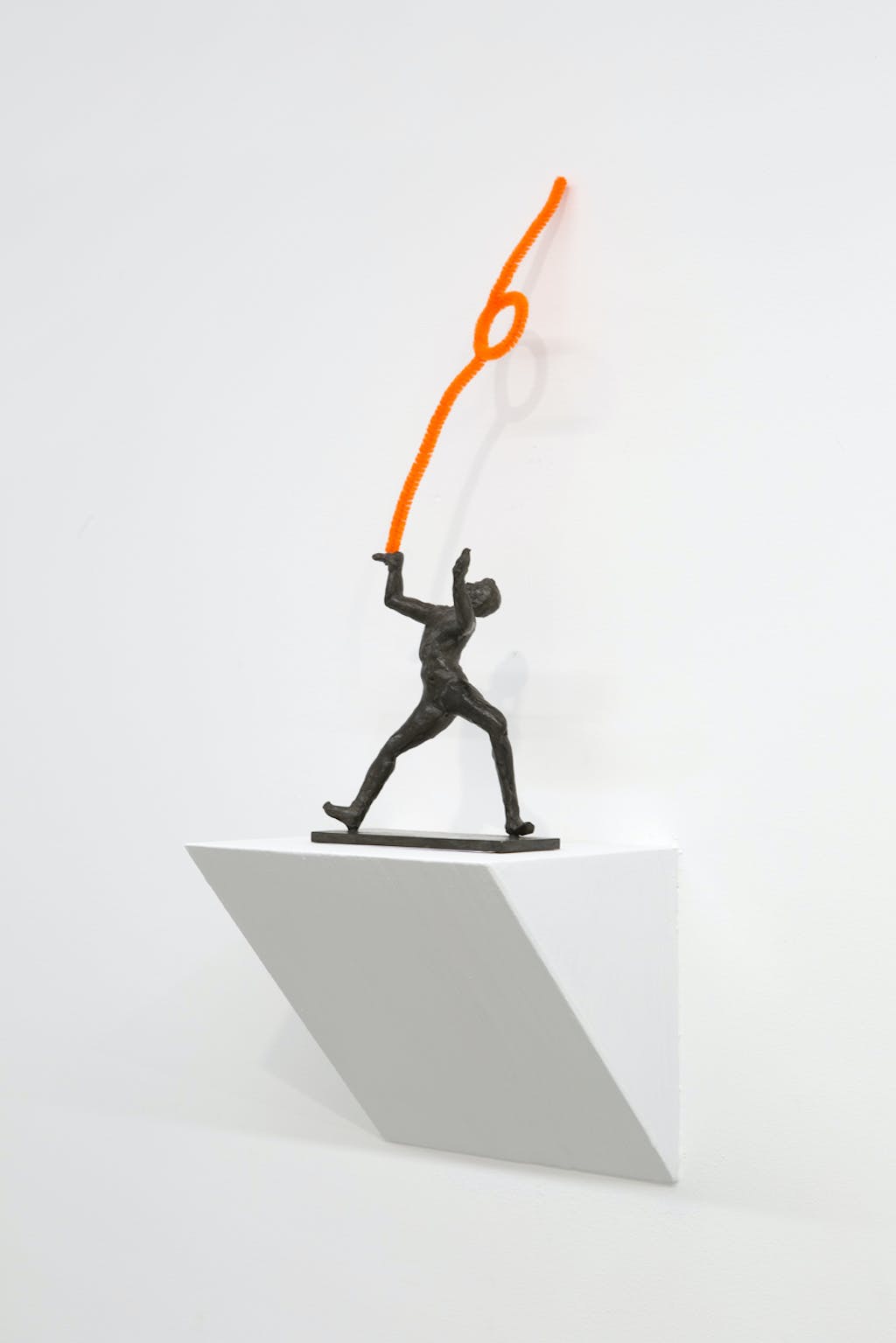 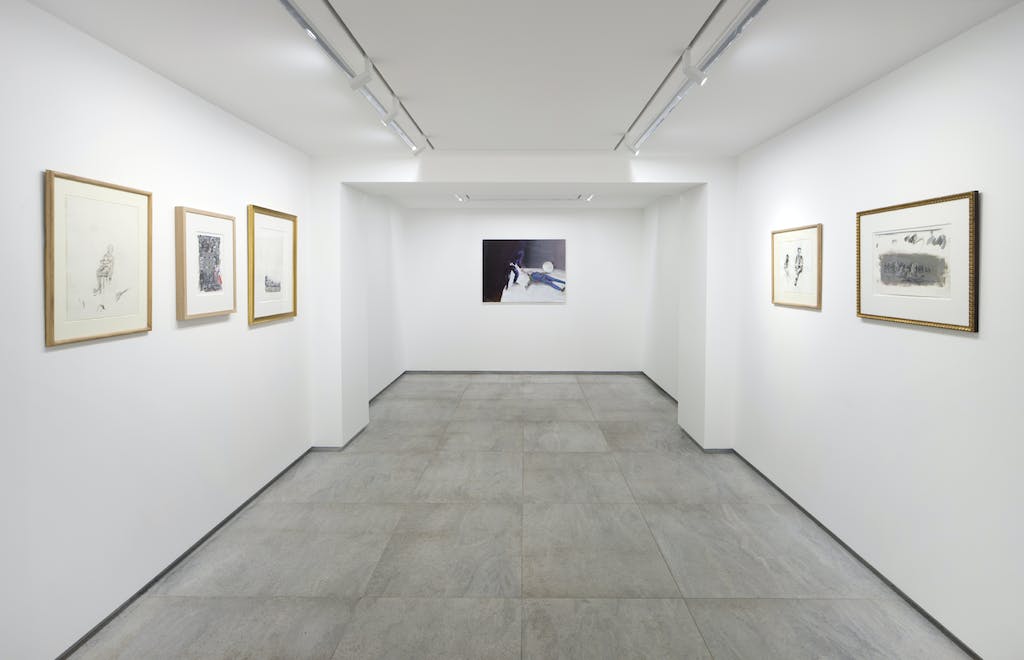 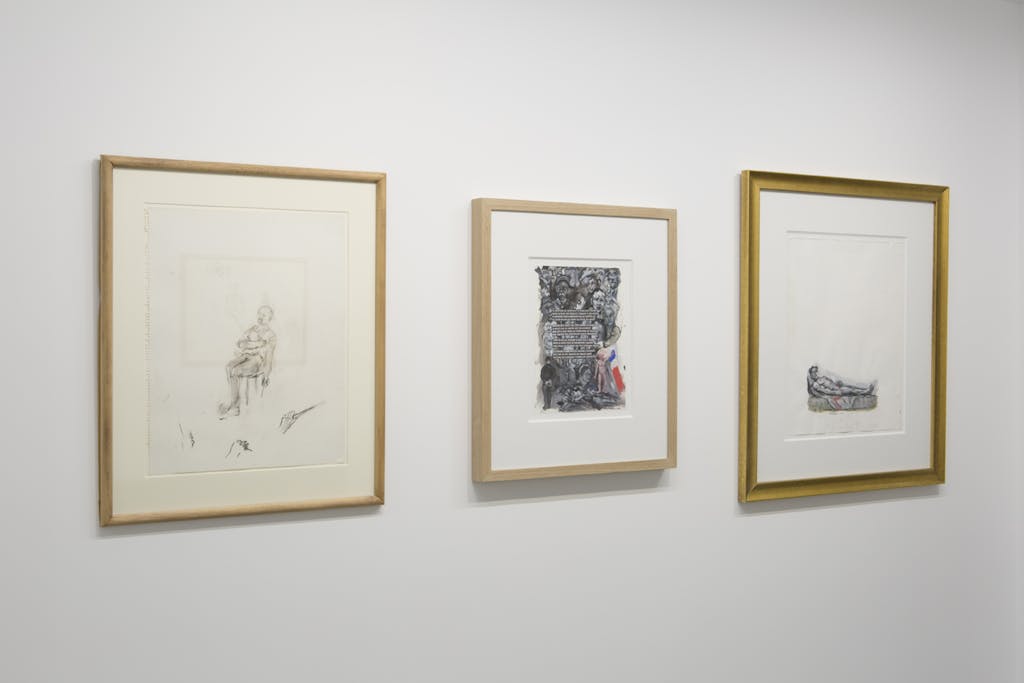 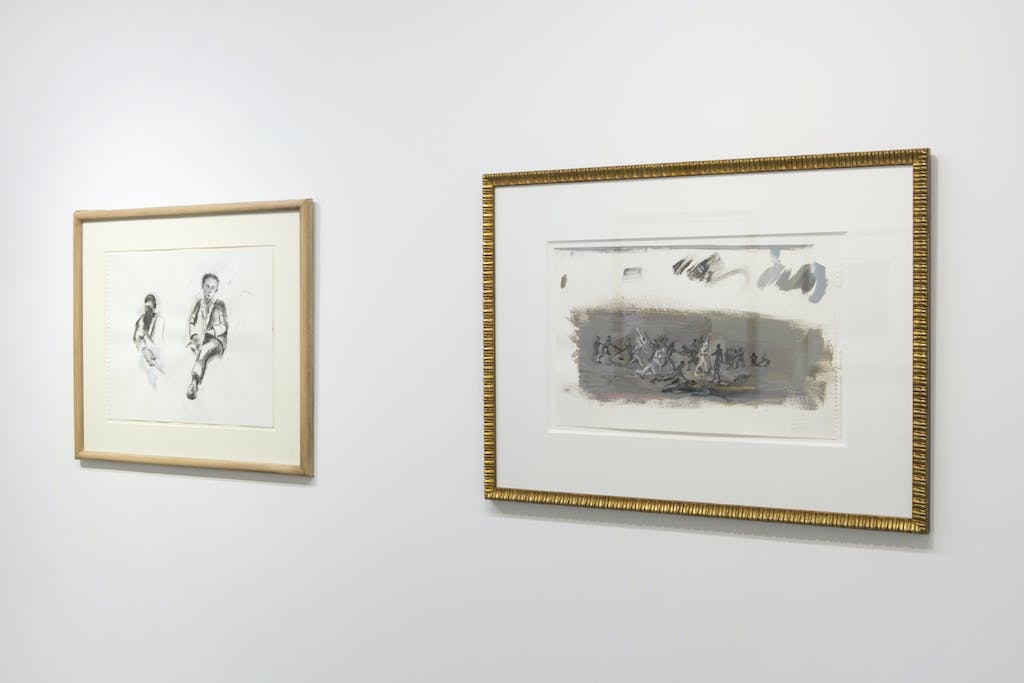 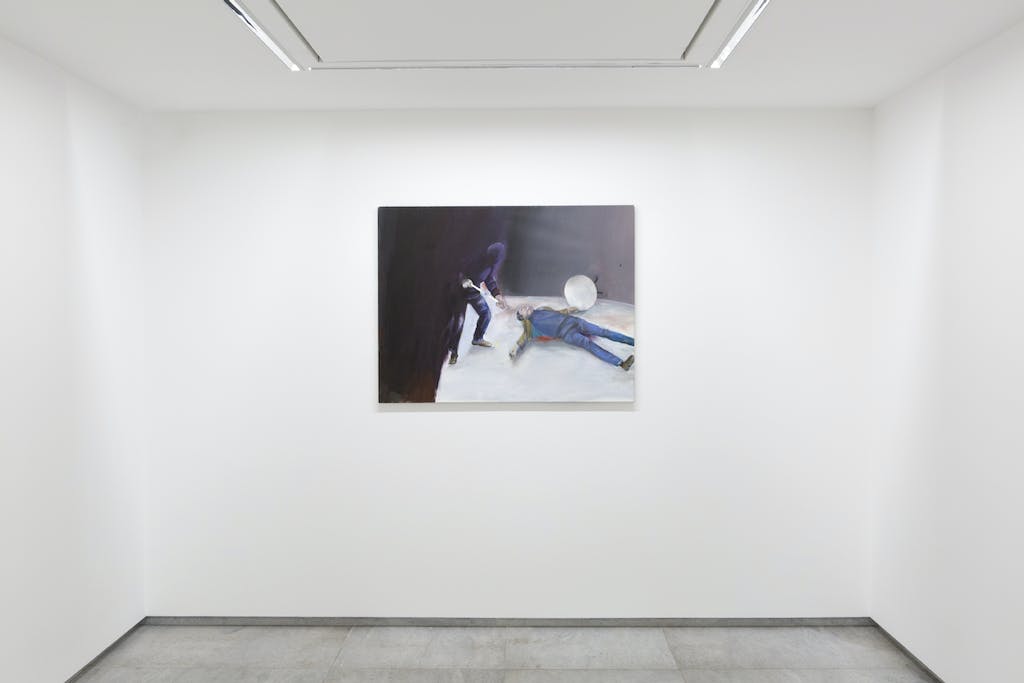 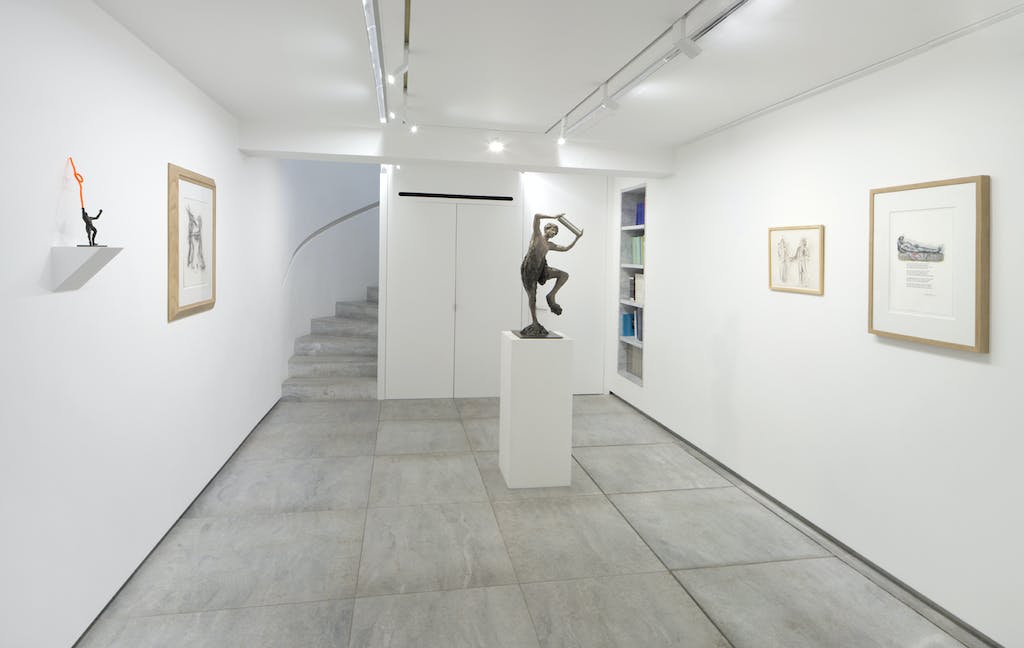 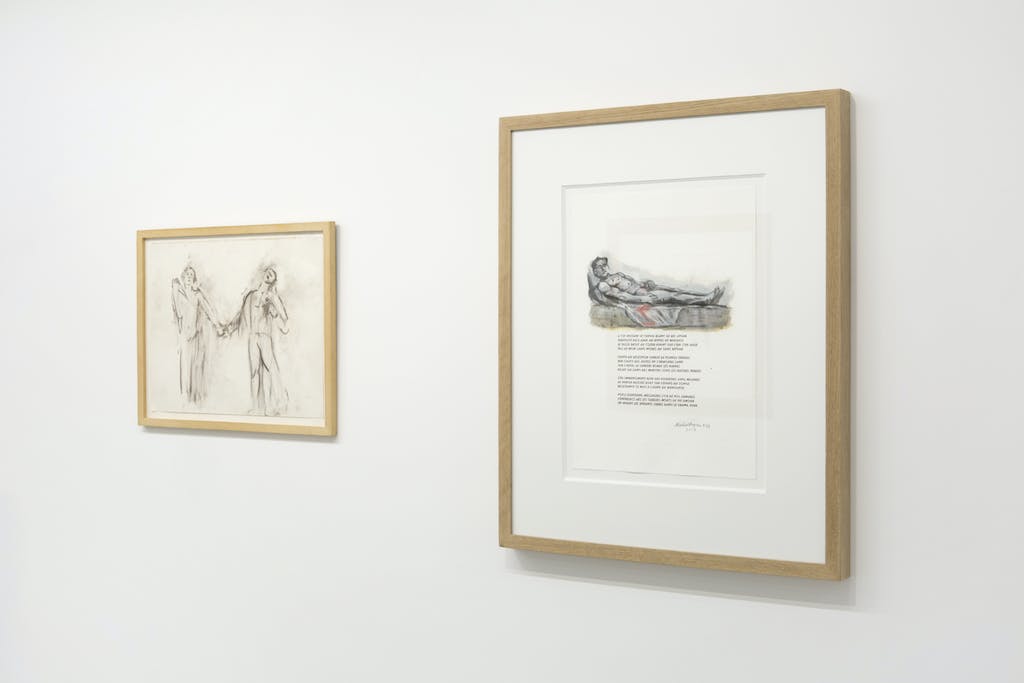