Excerpt from “The Creation of the World, Or, Globalization” (2002) by Jean-Luc Nancy

With Grosse Fatigue, Camille Henrot set herself the challenge of telling the story of the universe’s creation. Indeed, the fatigue is grosse, or hugely weighty, she who has condemned herself to carrying the weight of the world on her shoulders like the Titan Atlas. But aren’t such dark and lonely burdens meant to become as light, as beautiful and fragile as soap bubbles in the hands of an artist? Holding the world in the palm of her hand… it floats effortlessly at the palm’s surface as though, imbued with magical powers, the artist has truly resurrected the youth of humanity from the depths of the ages – bringing to life the magisterial dawn we had thought too far off to ever be seen again, yet which captivates us as easily as a magic lantern does a child. The backbone of Grosse Fatigue is a long poem delivered in the style of spoken word, the form of expression used to great effect in the ’70s by the New York musicians The Last Poets. It mixes scientific history with Creation stories belonging to religious (Hindu, Buddhist, Jewish, Christian, Islamic, etc.), hermetic (Kabbalah, Freemasonry, etc.), and oral (Dogon, Inuit, Navajo, etc.) traditions in a joyous syncretism. In the visual background of this impassioned oration, Camille Henrot performs what she calls an “intuitive unfolding of knowledge” through a series of shots unveiling the treasures hidden away in the prestigious collections of the Smithsonian Institution in Washington, D.C.1 – shots that have been reworked with images found on the Internet and scenes filmed in locations as diverse as a pet store and a domestic interior that appear like pop-ups at the screen’s surface. Of course, Grosse Fatigue doesn’t purport to produce any objective truth. Trying to com-prehend (to comprehend = to grasp) an infinite mass of information that, by definition, will forever remain in excess in the span of thirteen minutes is an exercise that falls within the bounds of what Walter Benjamin, using psychiatric terms, called a “cataloguing psychosis”. The artist explains: “In my video, the desire to universalize knowledge is accompanied by the conscience I have of this act. As soon as you think you have laid out and circumscribed the entirety of your universe within a single, selfsame landscape, isn’t the only question of any worth, and which relentlessly nags and torments the mind, inevitably the same as that with which Jonas Cohn ends his History of the Infinite (1896): “But what is there beyond the limit?”2. 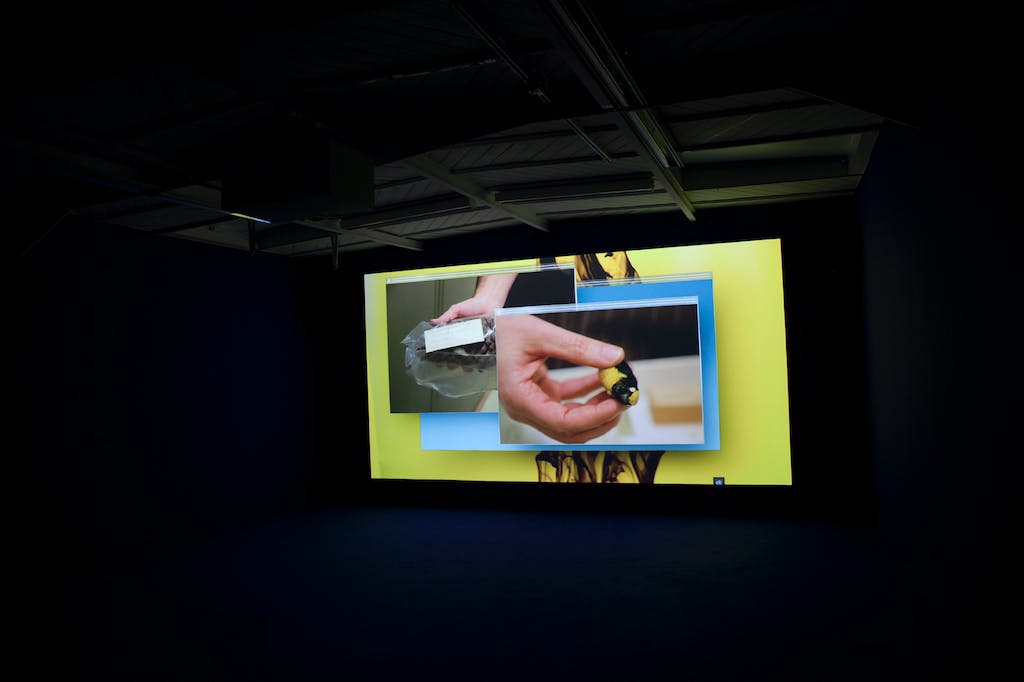 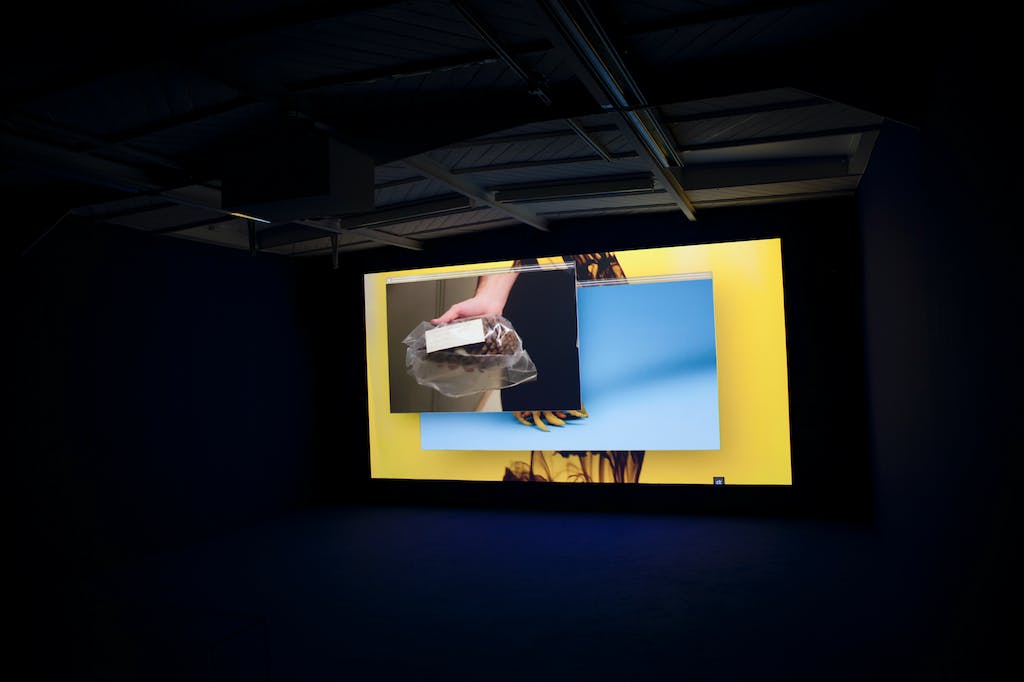 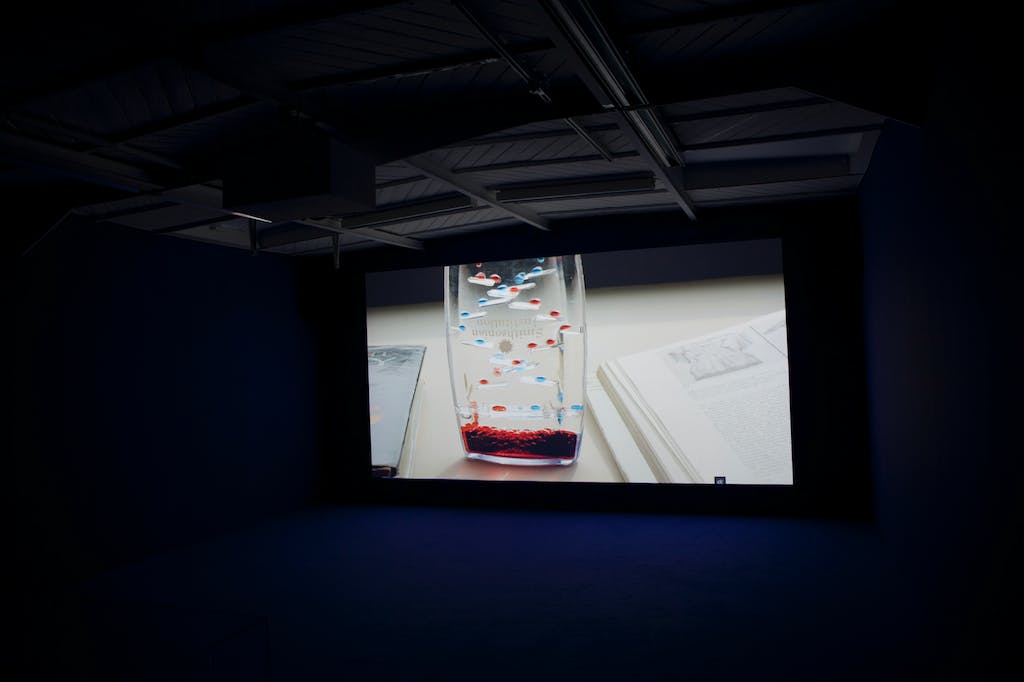