The German language has a well-known advantage: it allows infinite combinations of words to illustrate an idea that no single word can encapsulate. One of those words, which cannot be precisely translated, is Gegenwartsdauer. Its meaning is somewhere between “duration of the present” and “persistence of the moment”.
Alicja Kwade primarily treats the term in its more scientific sense. The duration of the present is determined by international norms: it is an infinitely small fraction of a second – imperceptible and fleeting. What is before it is already the past, and what is after is still the future.

The programme of this exhibition (and there certainly is one) lies in the desire to disrupt our definitions and perceptions of reality, and more precisely, to play with the appearance and codifying of temporality.

It all begins, perhaps, with the 1930s clock on the wall (Alicja Kwade is a great collector of objects), which at first glance appears to have gone berserk, the second hand continually sticking in the same place, while the numbers keep changing places. And yet it is possible to tell the time, for those who want to see it. The object, through a transformation performed on it by the artist, offers a troubling representation of the customs and conventions of perception – one of Alicja Kwade’s many hallmarks.

How do we gain awareness of the way in which time acts? Under what conditions can we make it tangible? How do we understand its impact on the real world? Is the only solution, perhaps, to understand the impact of our reality – in particular, our construction of reality – on time?
With these questions, Alicja Kwade has developed a new form: 15.02.13, the portrait of a single moment on a special day. Taking the questions of values and the weight of collective decisions as fundamental markers of our perception of the world, the artist has produced a construction – a sort of abstract monument – out of the eight most important metals on the raw materials markets, be they
industrial (nickel, iron, copper, lead, zinc and aluminium) or benchmark precious metals (gold and silver). Using their respective prices on 15th February 2013 at 6:51 pm, as her basis, the artist has determined the proportion of each element of the sculpture. The particular arrangement of ingot-layers corresponds to how much of each metal can be bought for the same amount of money on 15.02.13 at 6:51 pm. And so it is that a possible answer to the questions above starts to take shape – a form that depends on the decisions of a single day, a way of revealing their concrete impact on reality: a momentary reality.

Why the 15 February 2013? You may recall that on that particular day, an asteroid came passed in close proximity to the Earth. Alicja Kwade likes to switch scales, cleverly interweaving the references between her pieces. Sixty-five million years ago, an asteroid did actually crash into the Earth, ending the Cretaceous era. All that remains from that distant time are fossils, including fragments of petrified trees, found notably in the northern Sahara – at that time a lush forest. Having collected some of these fragments, Alicja Kwade has used them in an attempt to reconstitute trees. She then pulverised them, turning them back into sand – the same sand (silicon dioxide) that penetrated and transformed them, as if time were repeating itself, deliberately going backwards and forwards, and then backwards again. Once again, we are made to doubt our own perception, because the comparison is troubling: are they trees, or is it sand, or stone? How can the same thing change its appearance so
dramatically over time? Above all else, Alicja Kwade loves any question for which there is no obvious or immediate answer… The third piece on show in the exhibition takes up a model that Alicja Kwade has developed previously, notably at the Düsseldorf Kunsthalle, the Johann König gallery or during the 2012 ArtBasel Unlimited. This consists of a large centrifugal installation of diverse objects, most of them considered standard materials, which all follow the same
supernatural angle of inclination, following a distortion whose secret we struggle to unearth. But this time, while still disregarding their physical
properties, the objects appear to be liberated from the circle, launching
themselves into a spiral – an elegant, natural construction that opens the doors to the infinite.

A dive into a waking dream, into this moment suspended in the present, a world where magic and illusion (Are you looking at your reflection in a simple mirror? Take a closer look at the label to find out) sit side by side with physical problems and questions that are beyond us: welcome to the enchanted world of Alicja Kwade.

Born in 1979 in Katowice, Poland, Alicja Kwade lives and works in Berlin. Her work was exhibited in multiple solo shows in institutions such as the Zentrum für Kunst und Medientechnologie in Karlsruhe, the Polnisches Institut in Berlin, the Würth Haus Berlin, the Oldenburger Kunstverein, the Kunstverein Bremerhaven, the Westfälischen Kunstverein, the Kestnergesellschaft in Hanover and the Hamburger Bahnhof – Museum für Gegenwart in Berlin. Alicja Kwade also took part of numerous group shows all around the world: at the Museum of Contemporary Art in Detroit, the Palazzo Strozzi in Florence, the KW Institute for Contemporary Art in Berlin, the Kunsthalle in Bielefeld, the Witte de With in Rotterdam, the
SculptureCenter in Long Island, the Domaine Pommery in Reims, the Palais de Tokyo in Paris, the Museum of Contemporary Art in Tokyo, the Den Frie in Copenhagen, and the MUMOK in Vienna. The artist will exhibit at the Kunstmuseen in Krefeld soon. 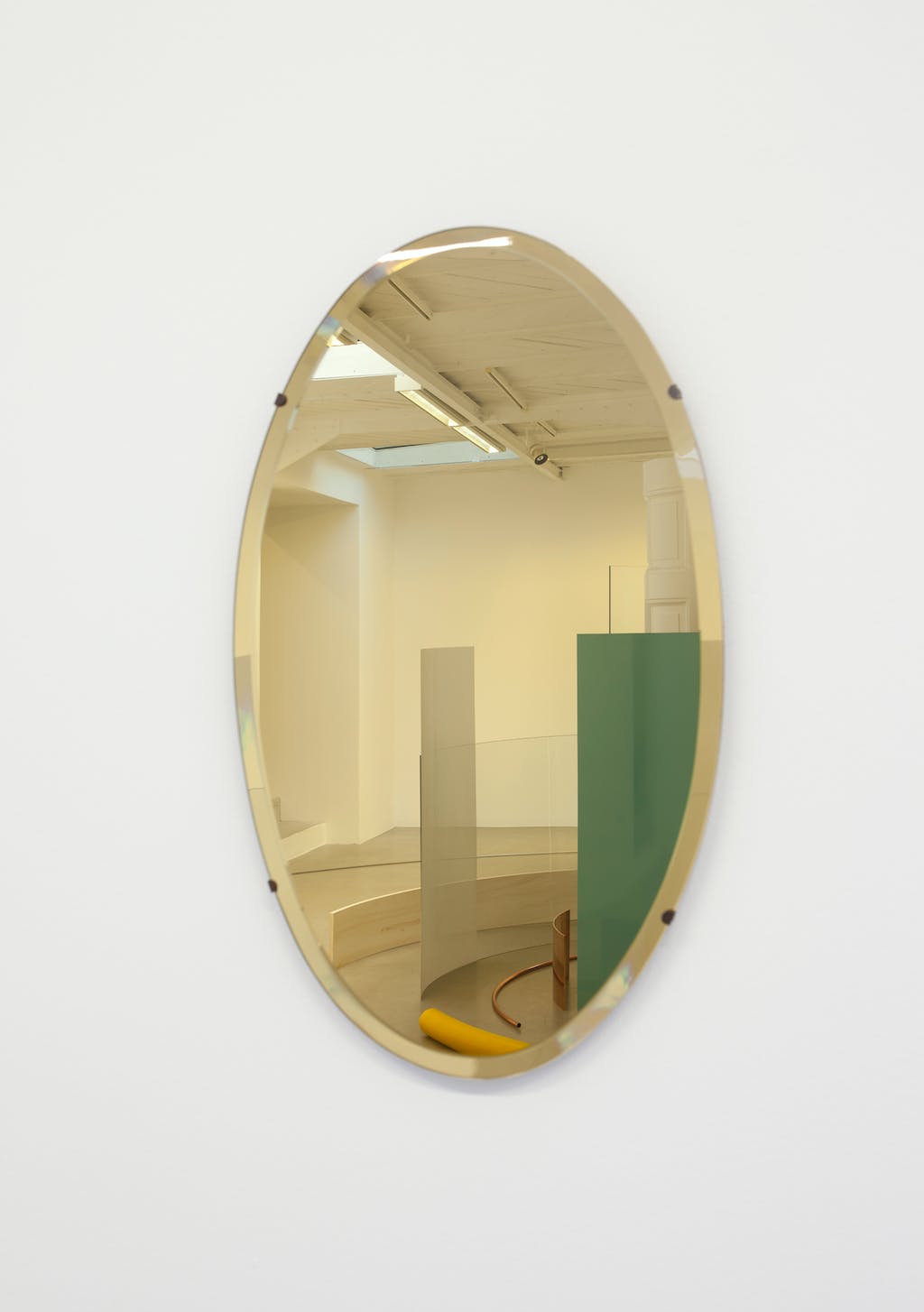 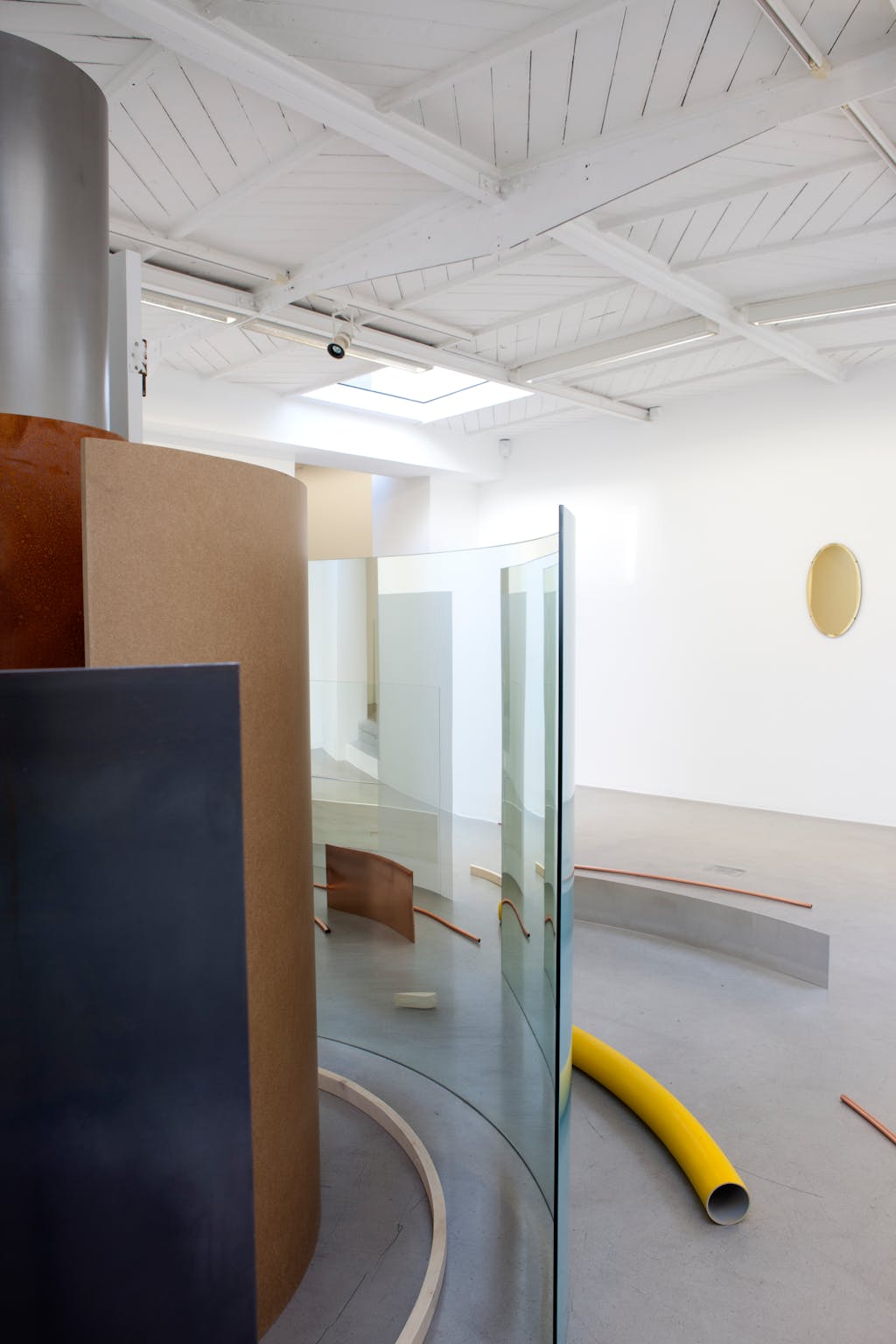 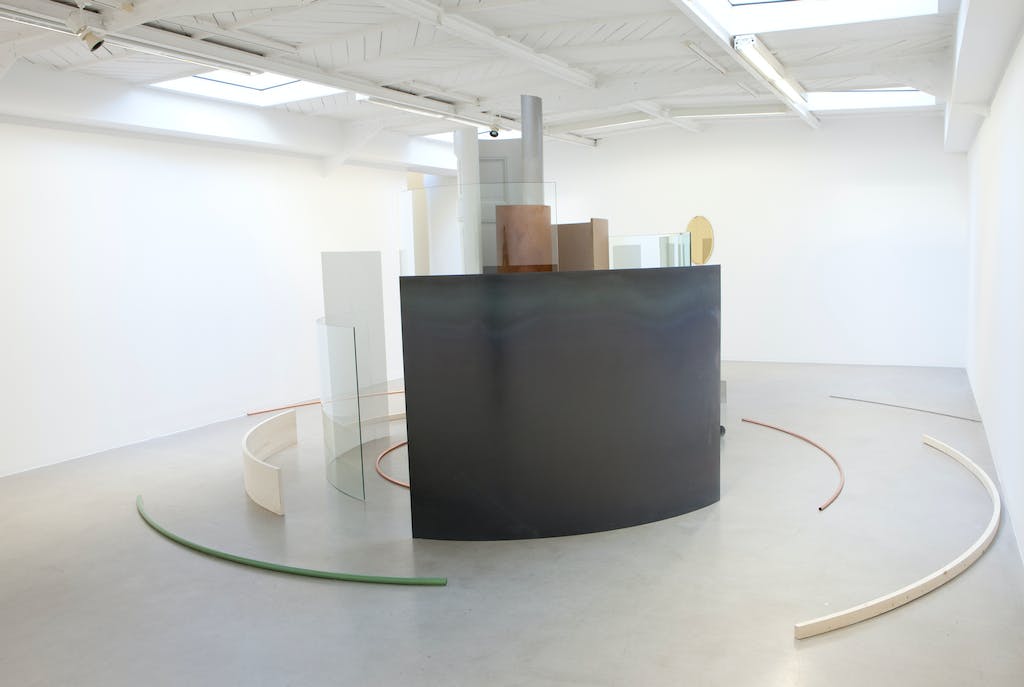 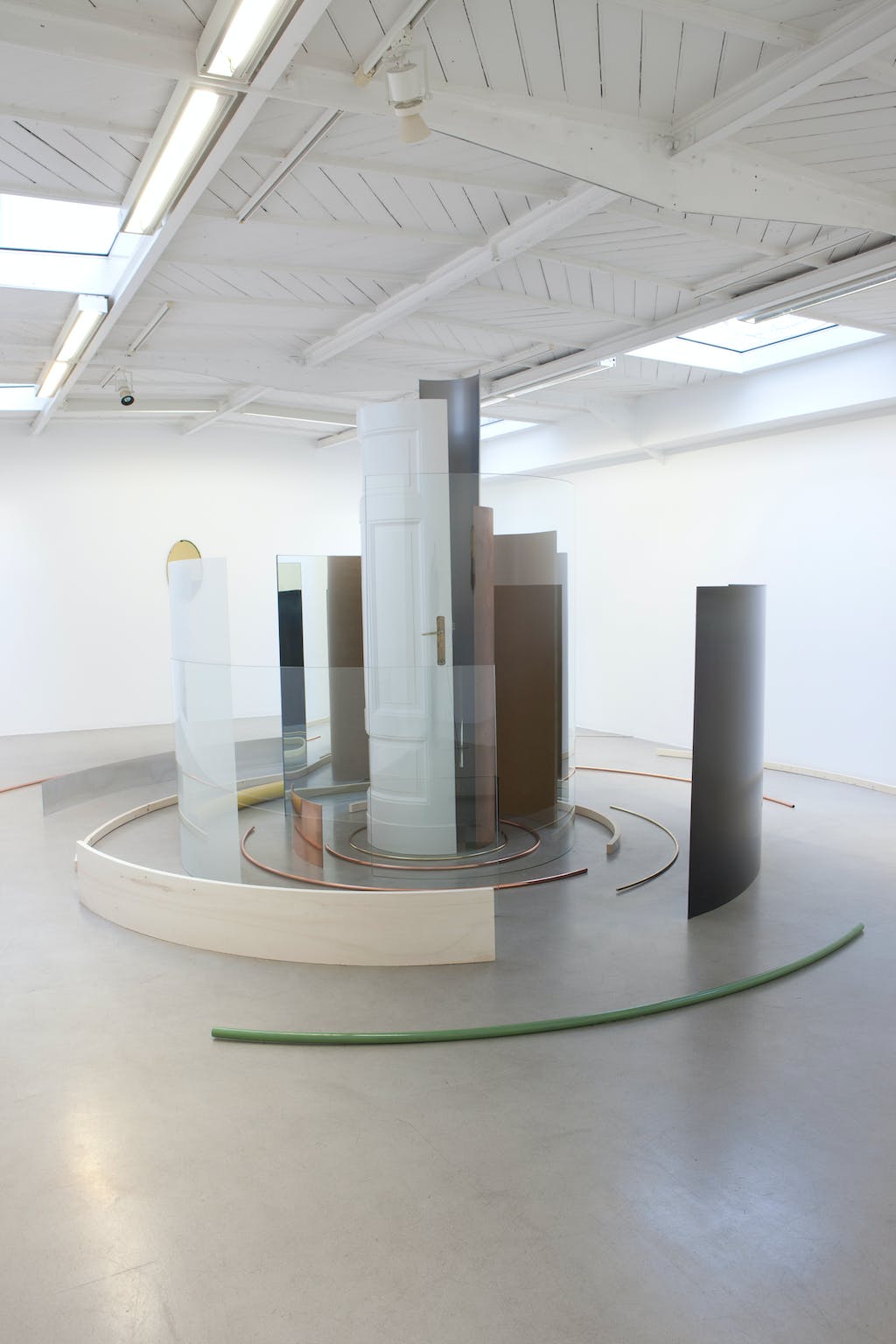 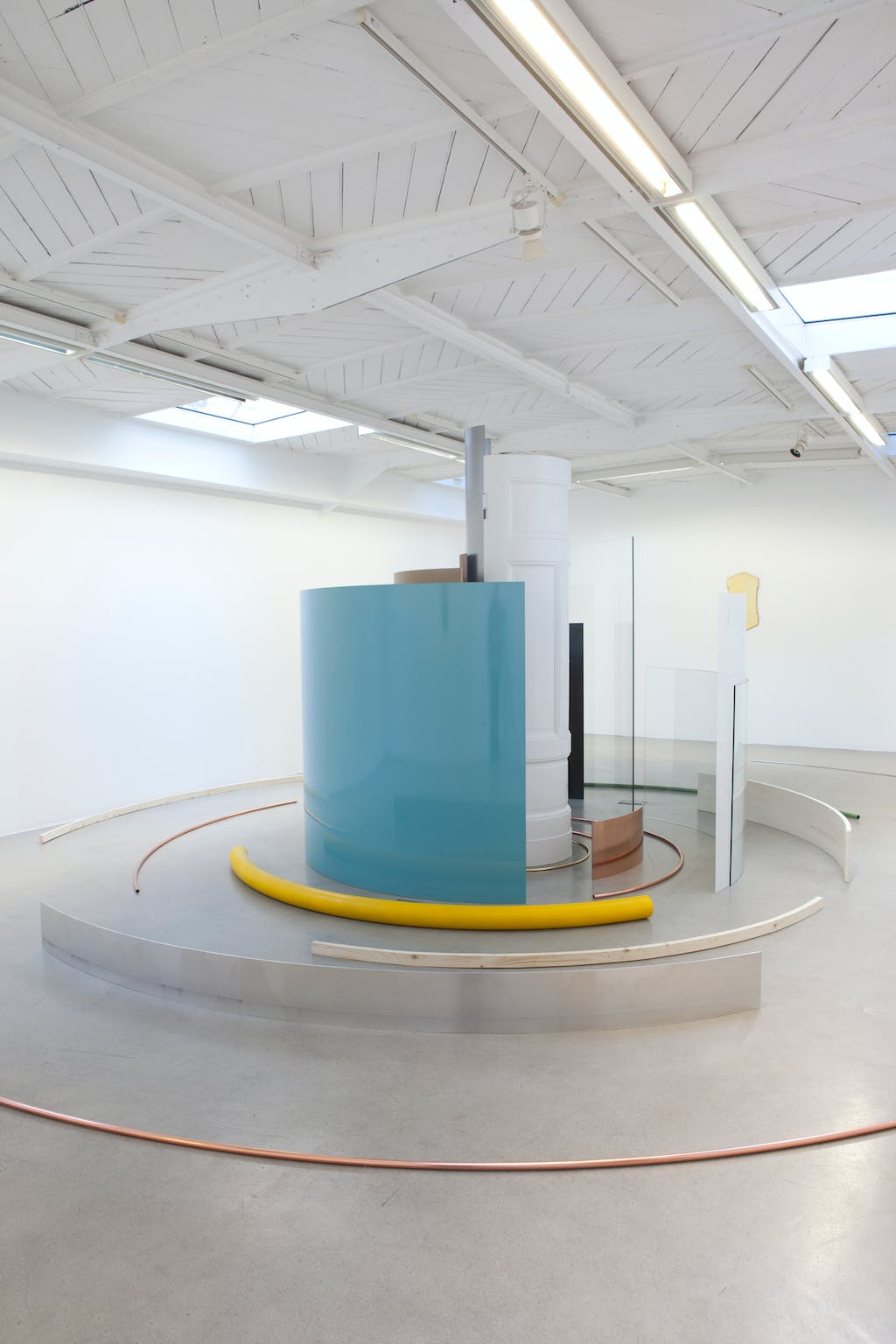 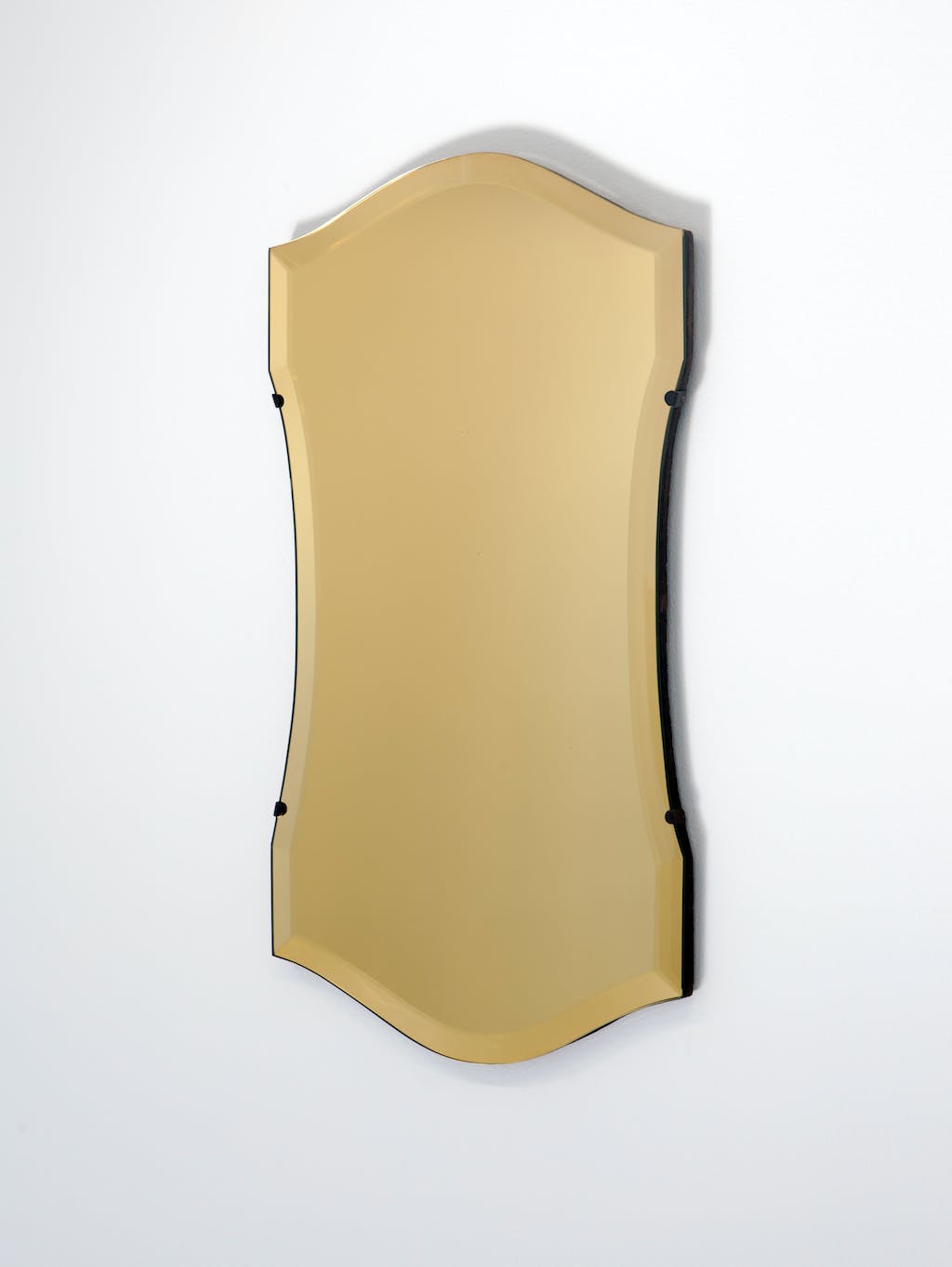 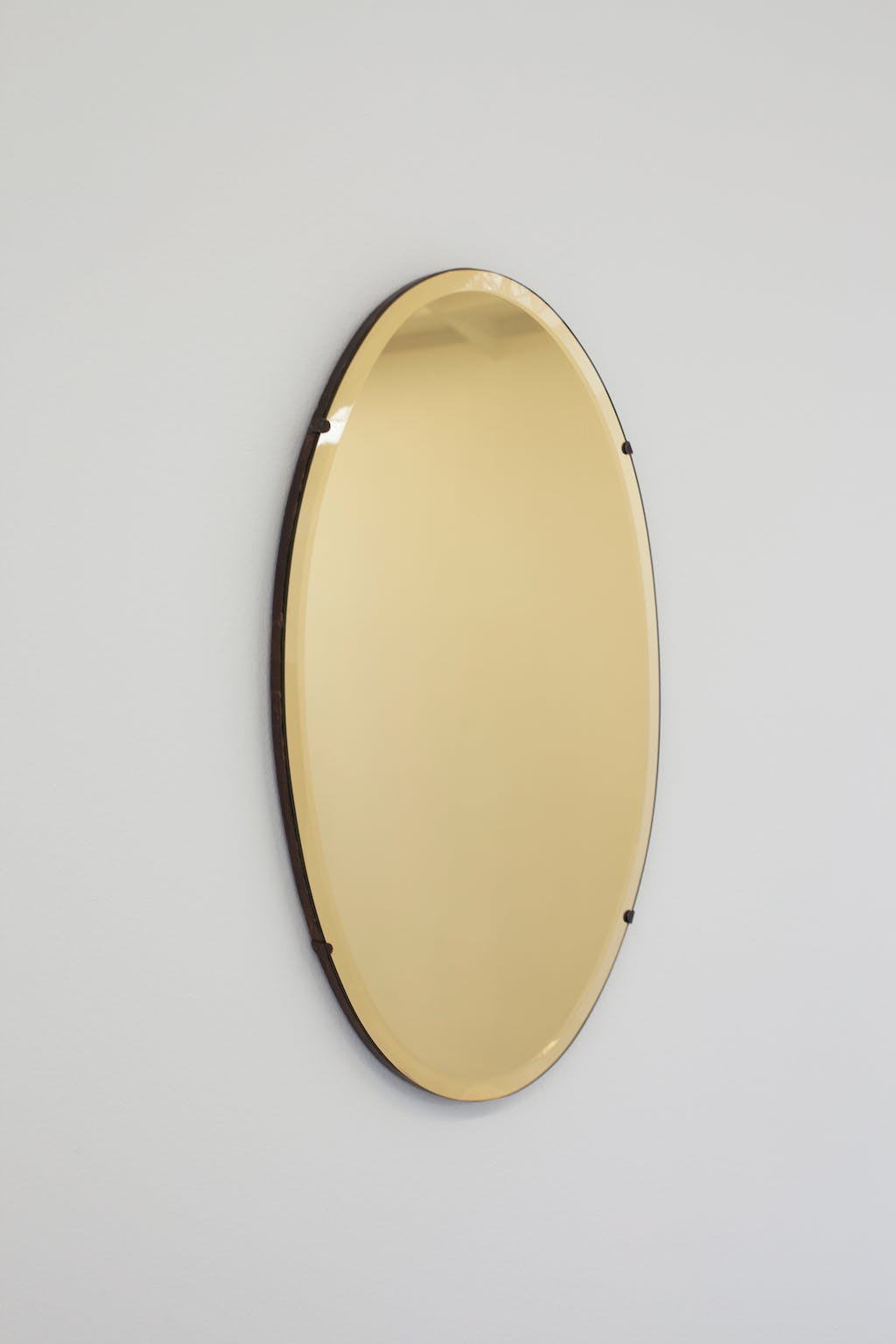 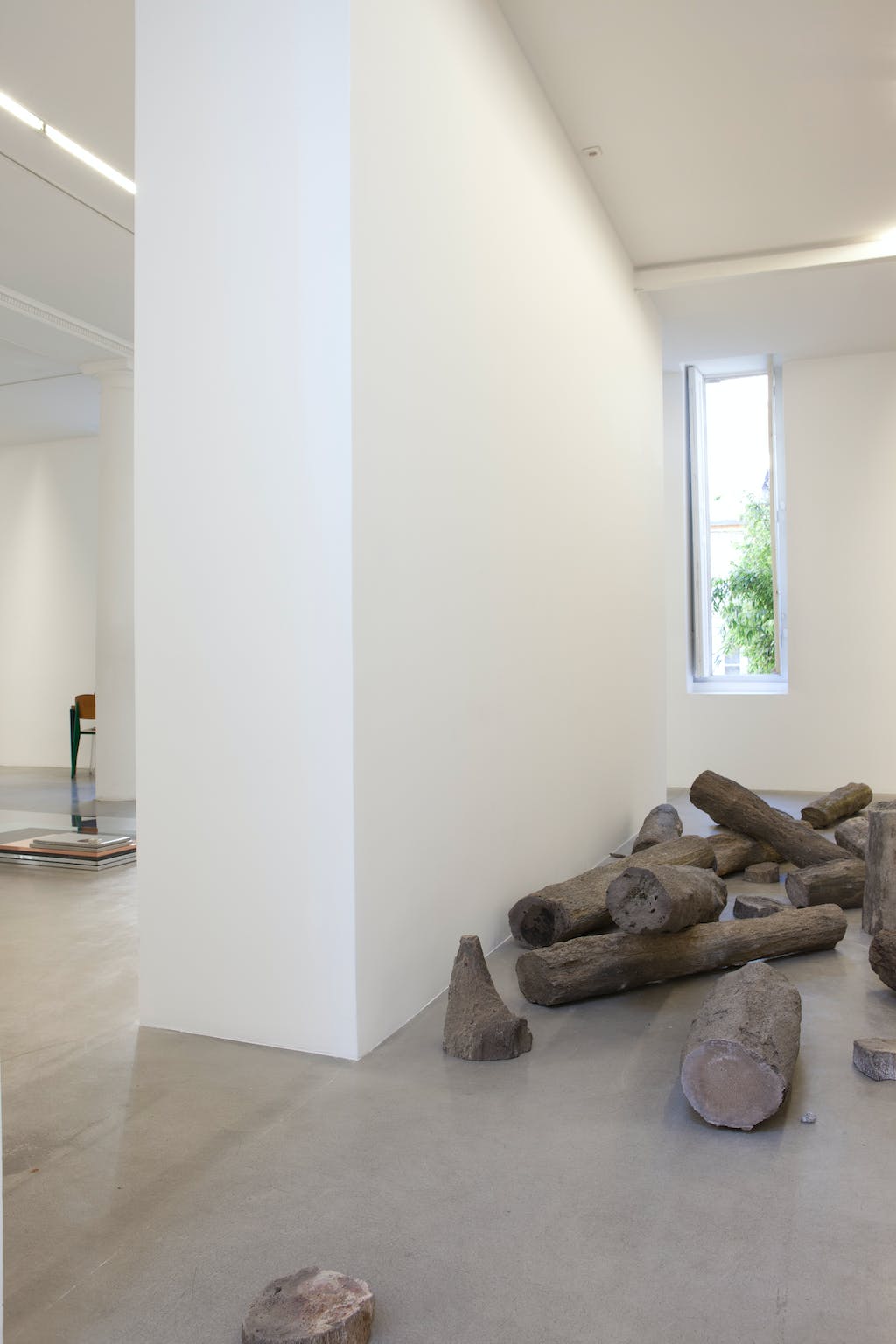 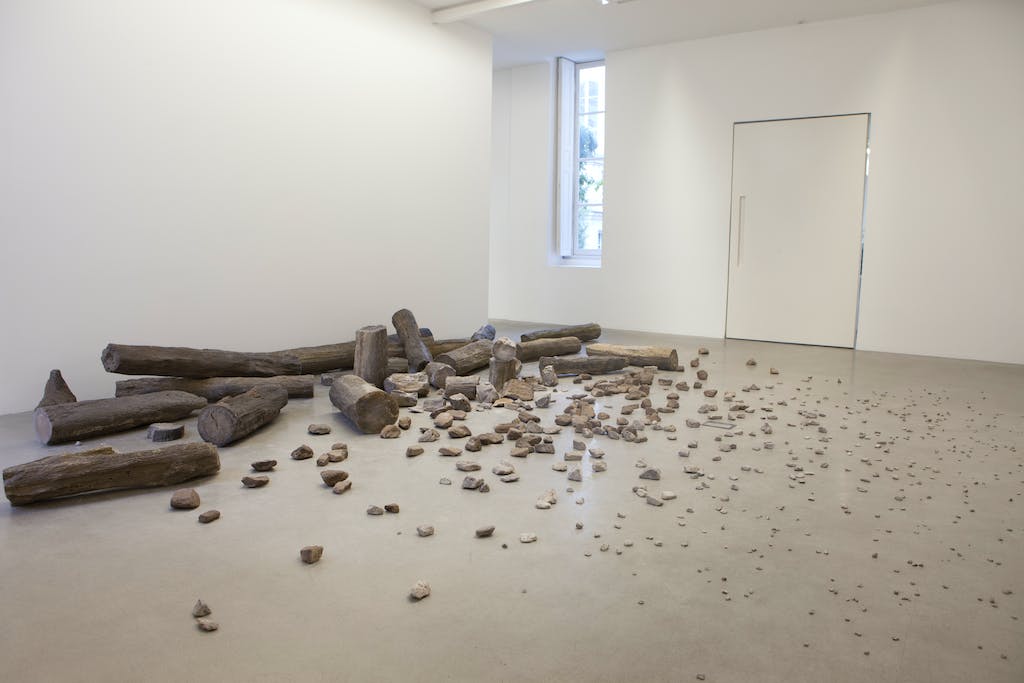 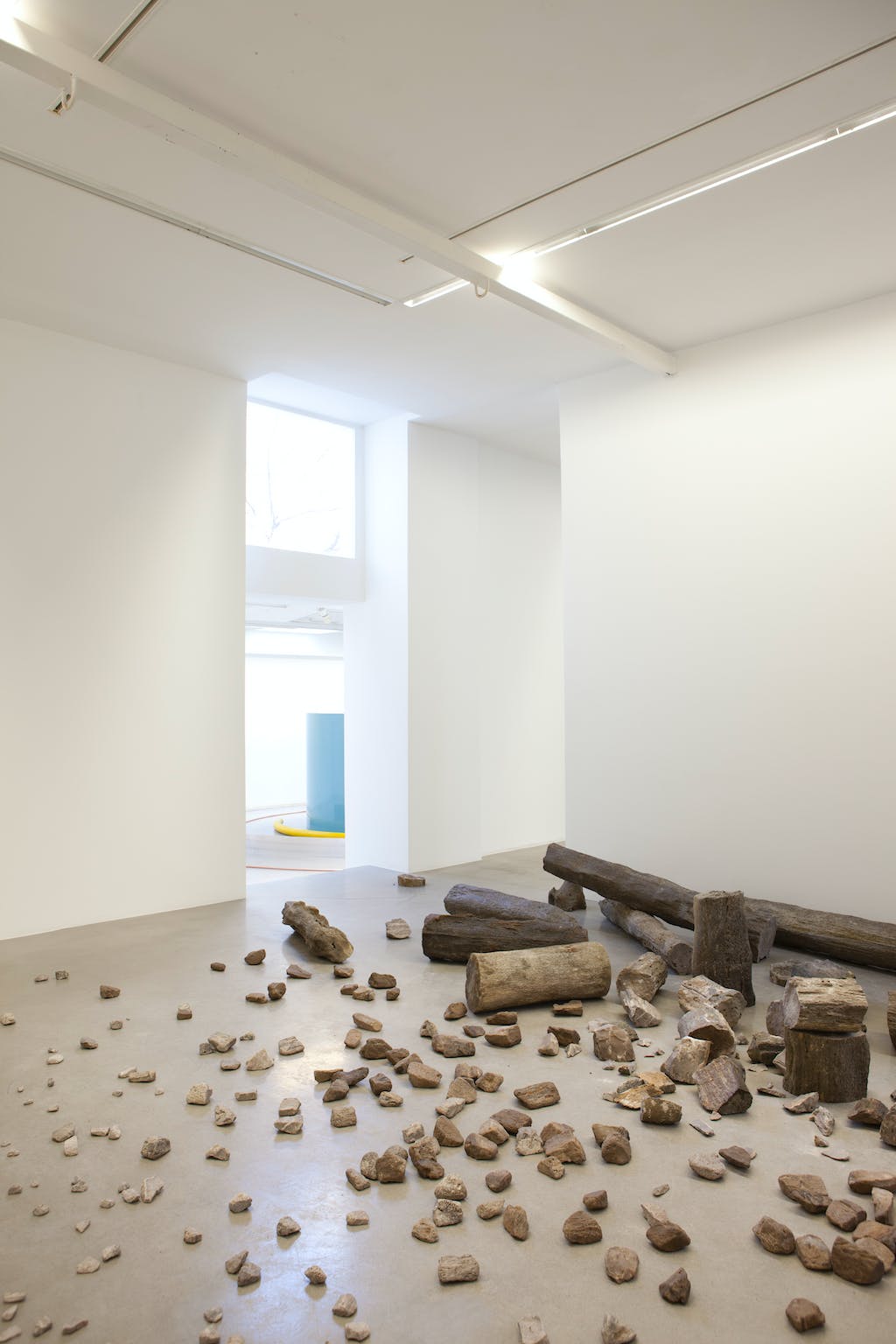 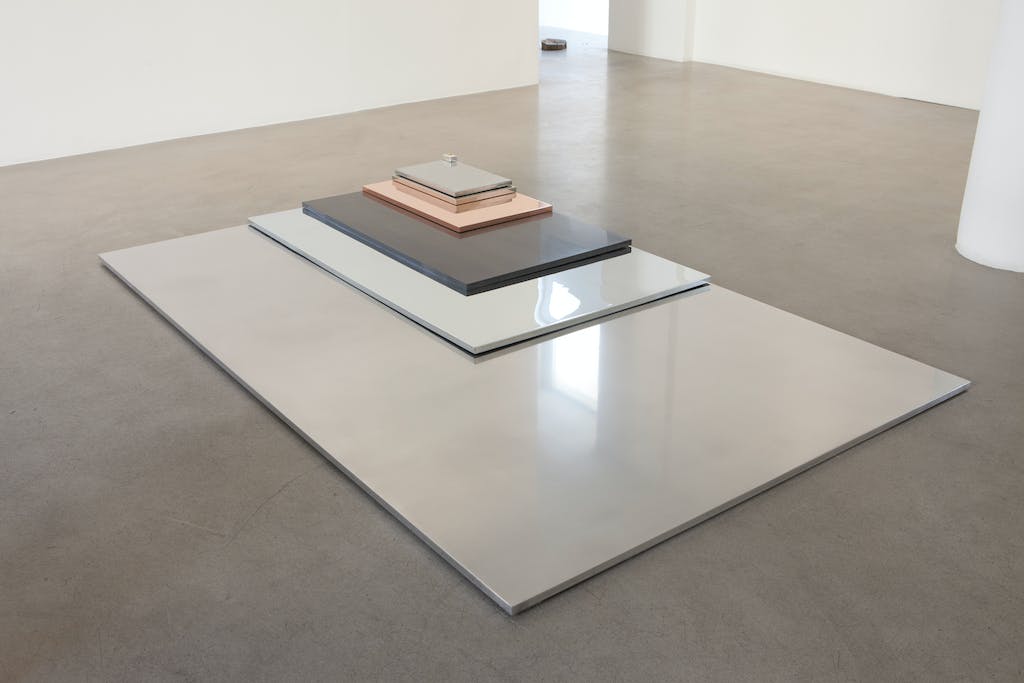 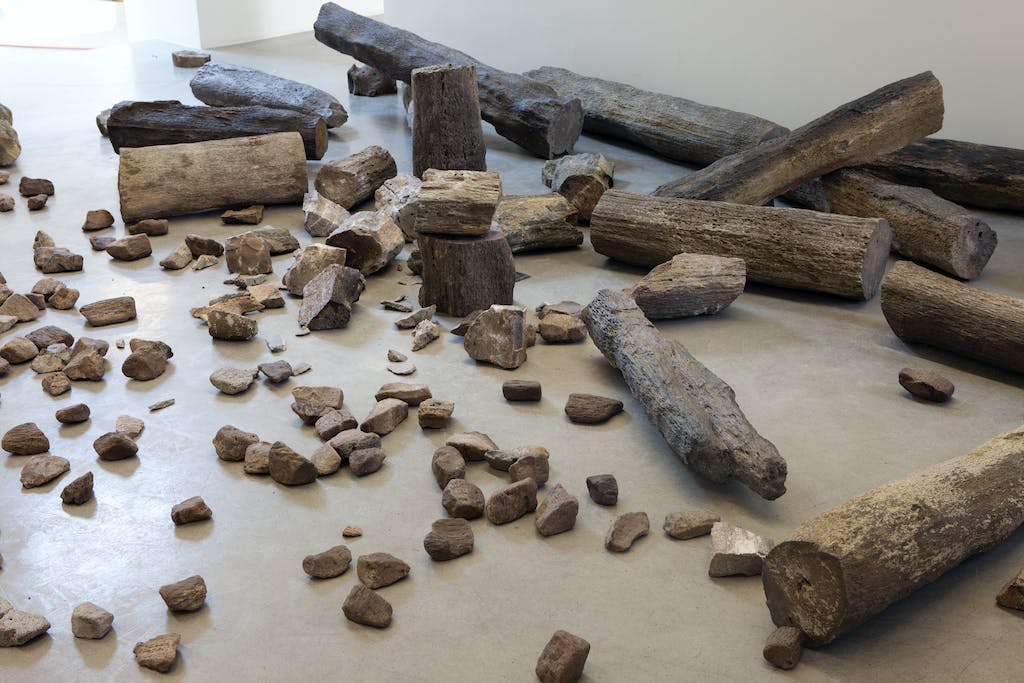