The infinite is there. Each painting in David Hominal’s third solo exhibition at Kamel Mennour is a manifestation. He has opened up a space of origin, where the inside and the outside are brought respectively into question. One is faced with a kind of birth, an opening, the cave and the gates of light, a return to the matrix,
sketching across the walls of the gallery the forms of a world to know, translating experiences and phenomena into signs.

Hominal’s canvases form a group of façades whose rhythm is a vital throb. You hear the painting before you see it. The repeating patterns are like so many chants, you perceive the colours in their tonalities, the gestures in the paint as thrusts of a single momentum. Windows attempt to delimit, frame, order a passage within this flow. But within what spacetimes exactly? ‘A painting,’ Leon Battista Alberti wrote in the fifteenth century, ‘is a window onto the world.’ The borders of the canvases might have echoed this affirmation if the painting within them didn’t itself deny it.

‘Monochrome is the way I enter into the space of colour,’ says the Franco-Suisse Hominal. This monochromatic space, forming the background to each of his paintings, makes the infinite present. It is the very place where life forms, informs itself, deforms—dies and is reborn. As Vincent van Gogh said: ‘There is something infinite in painting […] There are hidden harmonies or contrasts in colours which involuntarily combine to work together and which could not possibly be used in another way.’The mystery of colour is ontological before it is visual. Hominal’s paintings take us to that level, where they ask the question of the real. The window is its frame. It appears here in the foreground, open or closed, flooded with lemon yellow light or lost in a Rayogram grey. The window is the space that makes it possible to encounter the real, that ‘irruption of reality’ spoken of by Gerhardt Richter. Hominal’s magisterial intuition shows us that the real is not accessible if not through fantasy, that little paperback narrative we each tell ourselves according to our own singularity. In other words, there is no access to the infinite if not through the window. To enter it is to be able to call home the fire of those dancing patterns that Hominal brings back to us from far, far away. They are so much
treasure, the fruits of a primal journey where painting has saved the artist from drowning in colour. 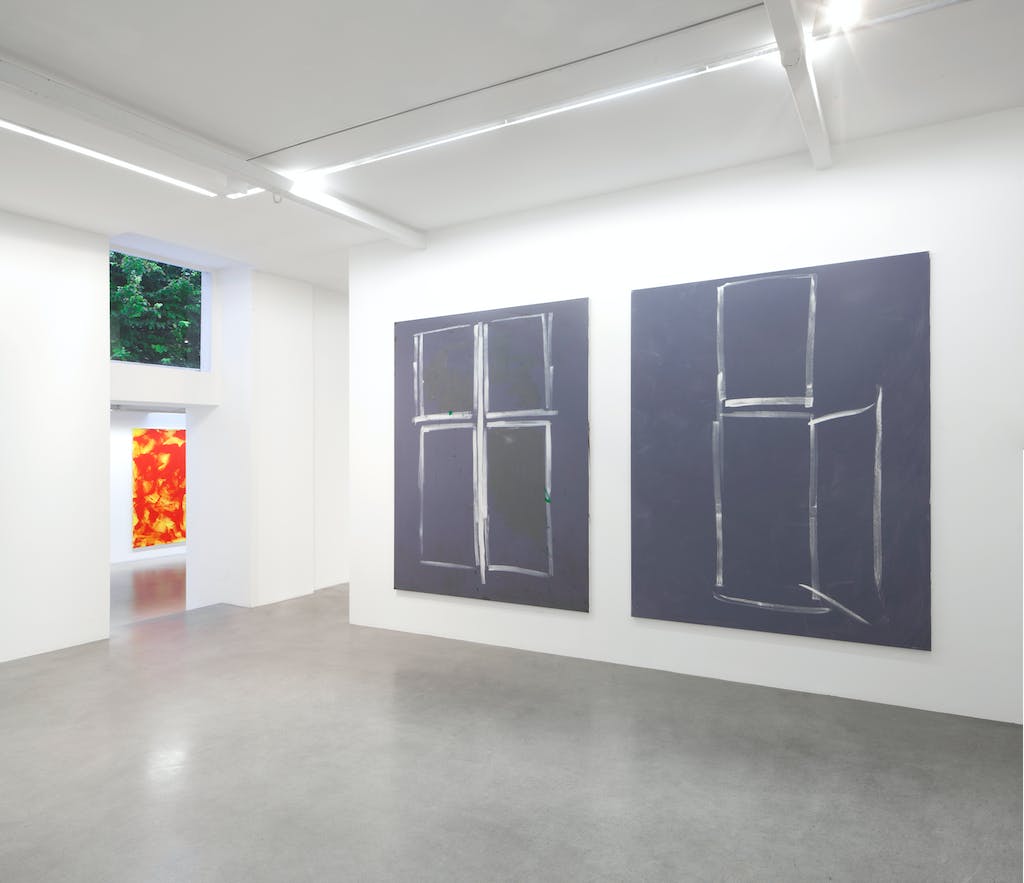 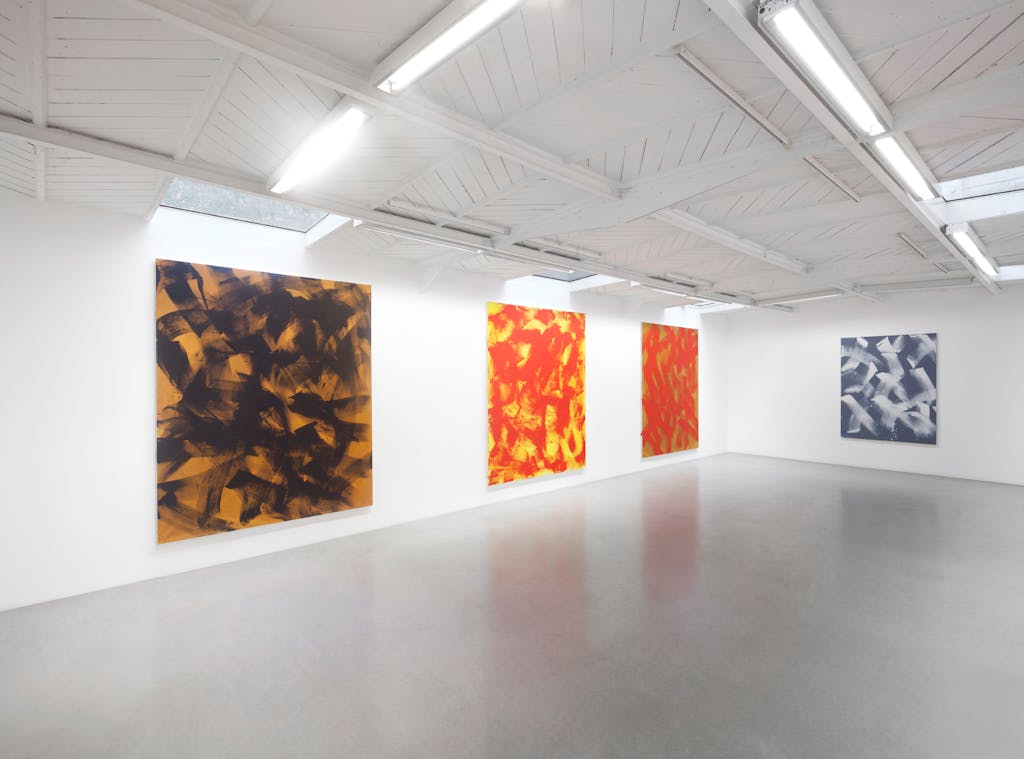 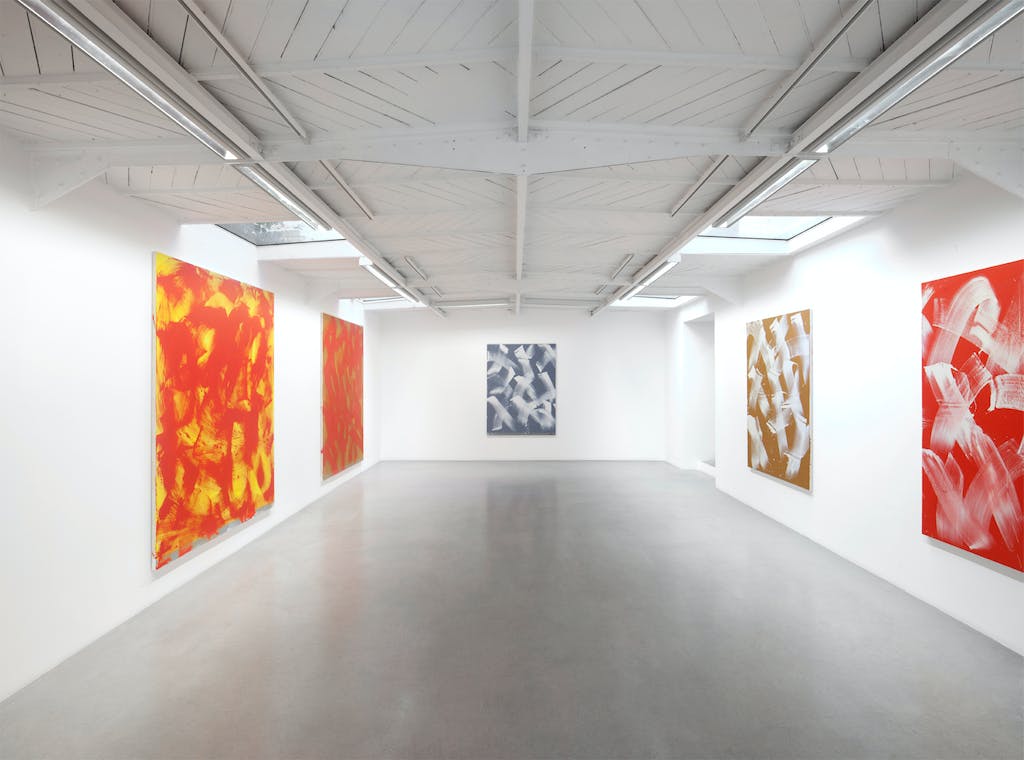 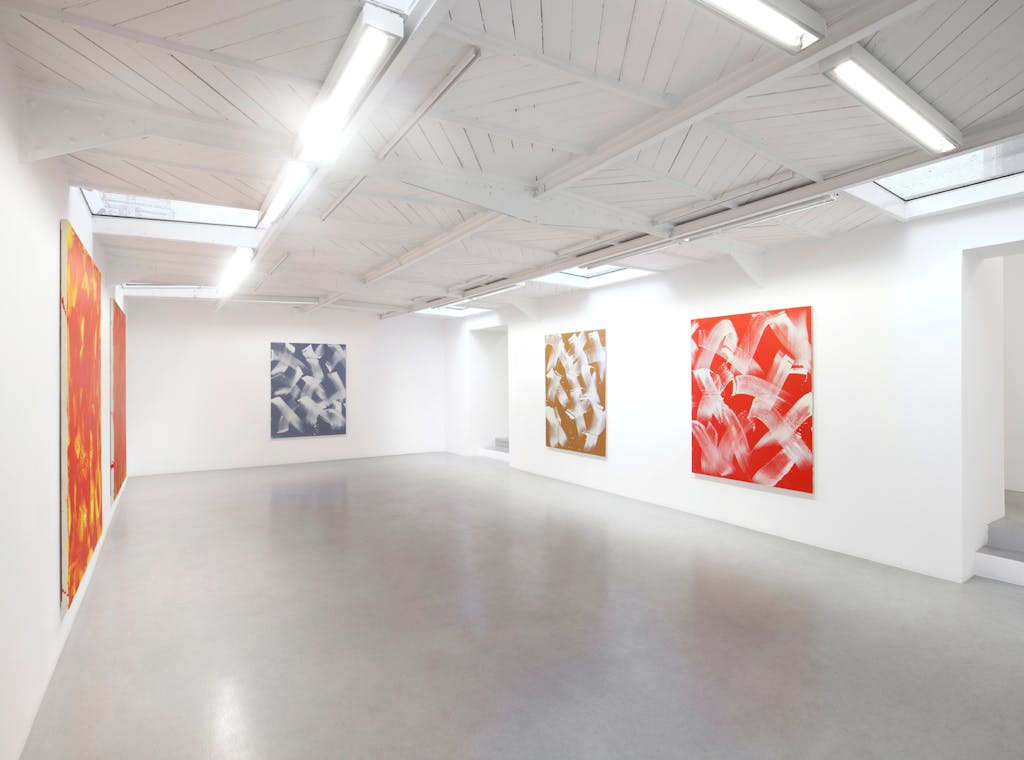 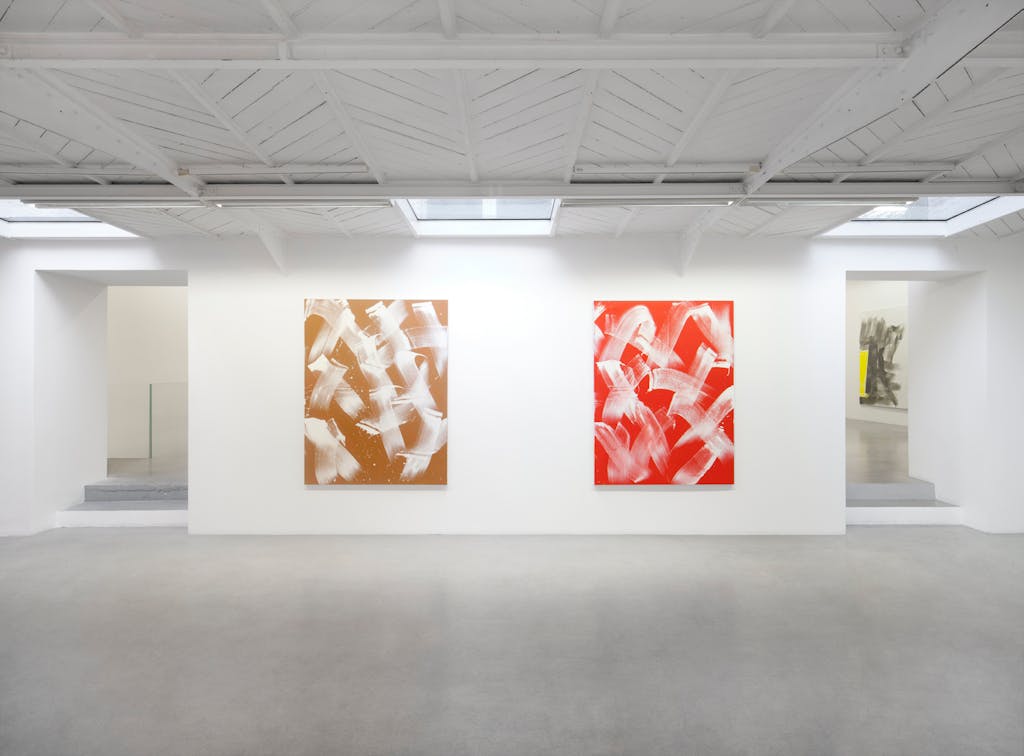 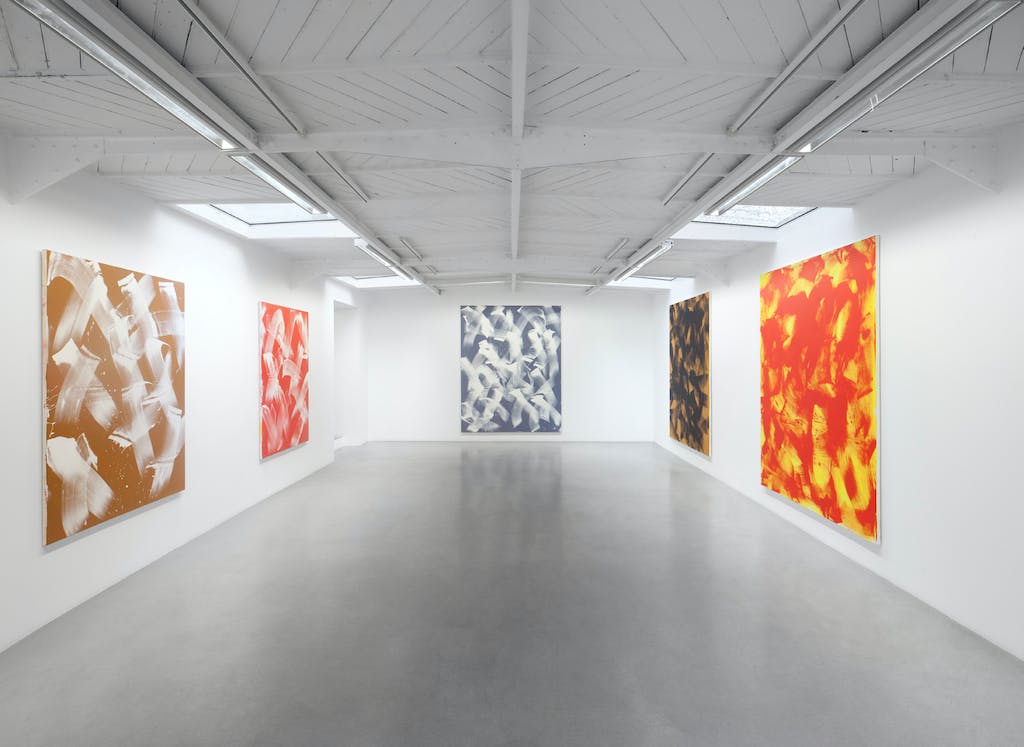 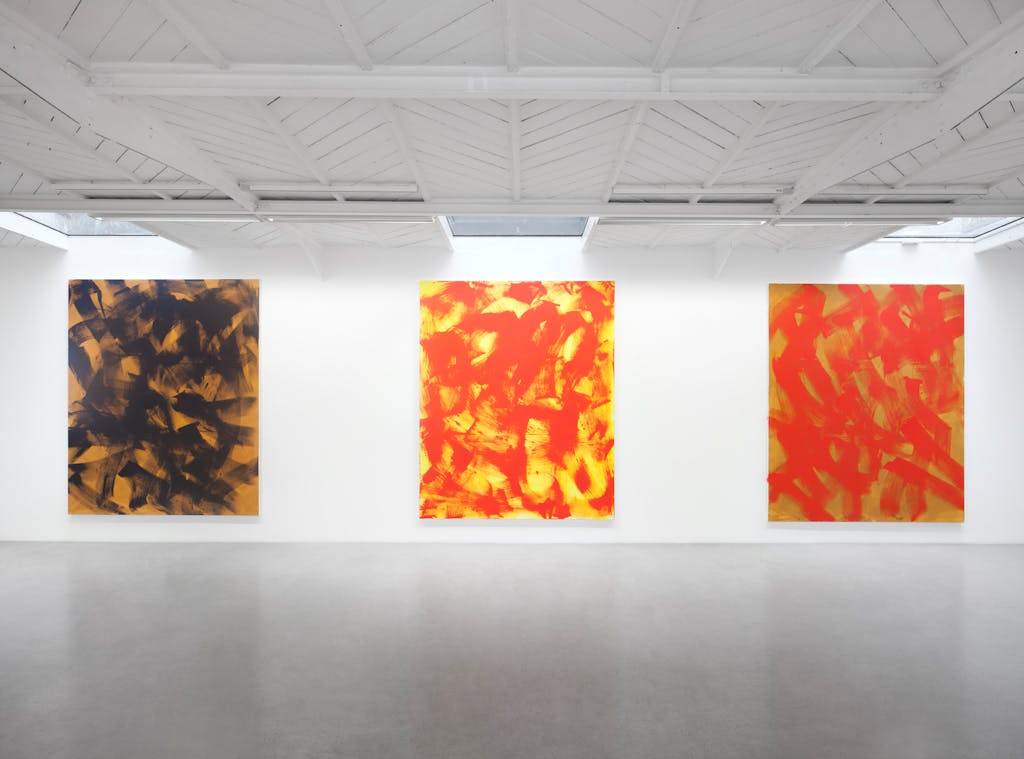 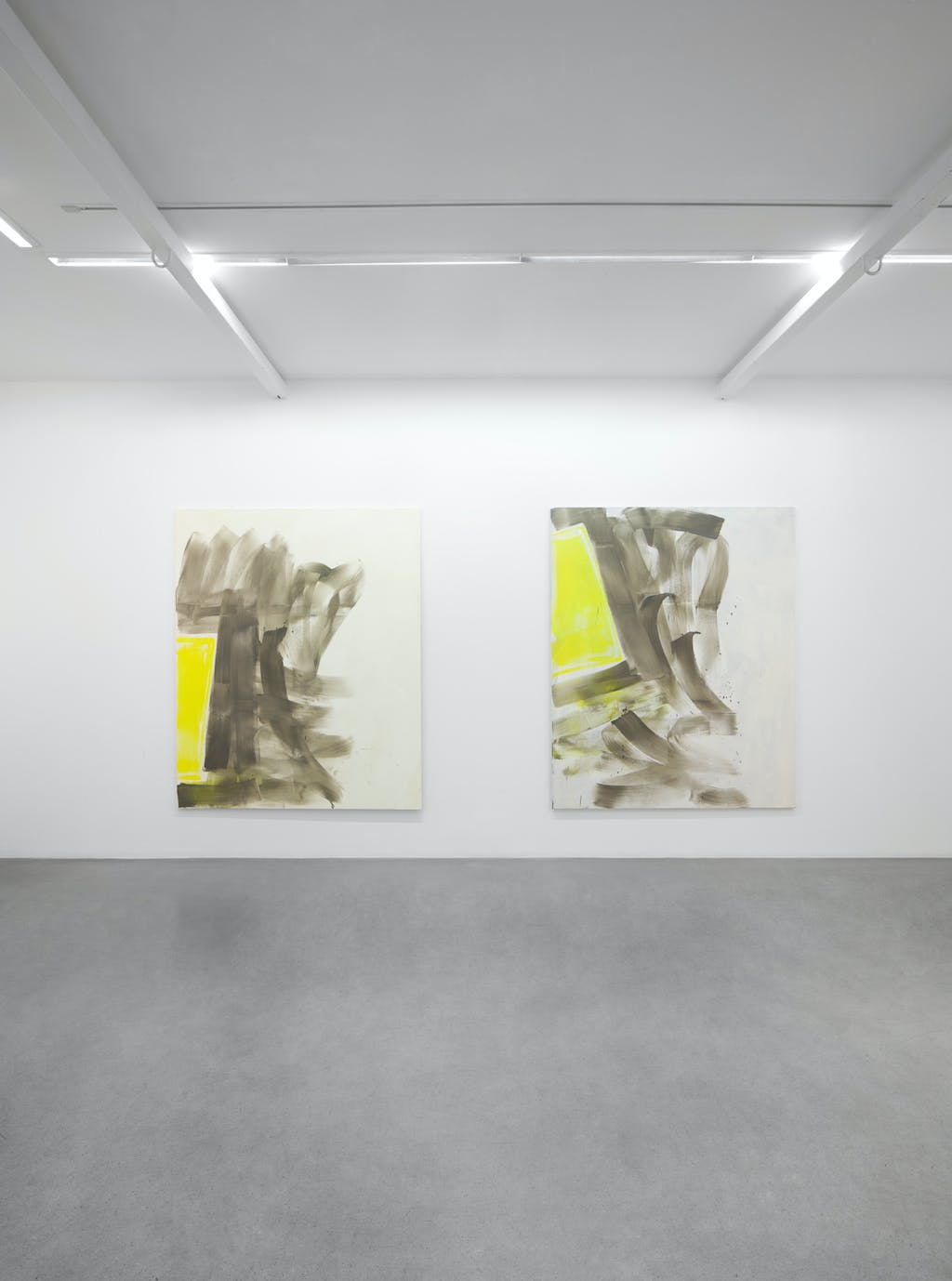 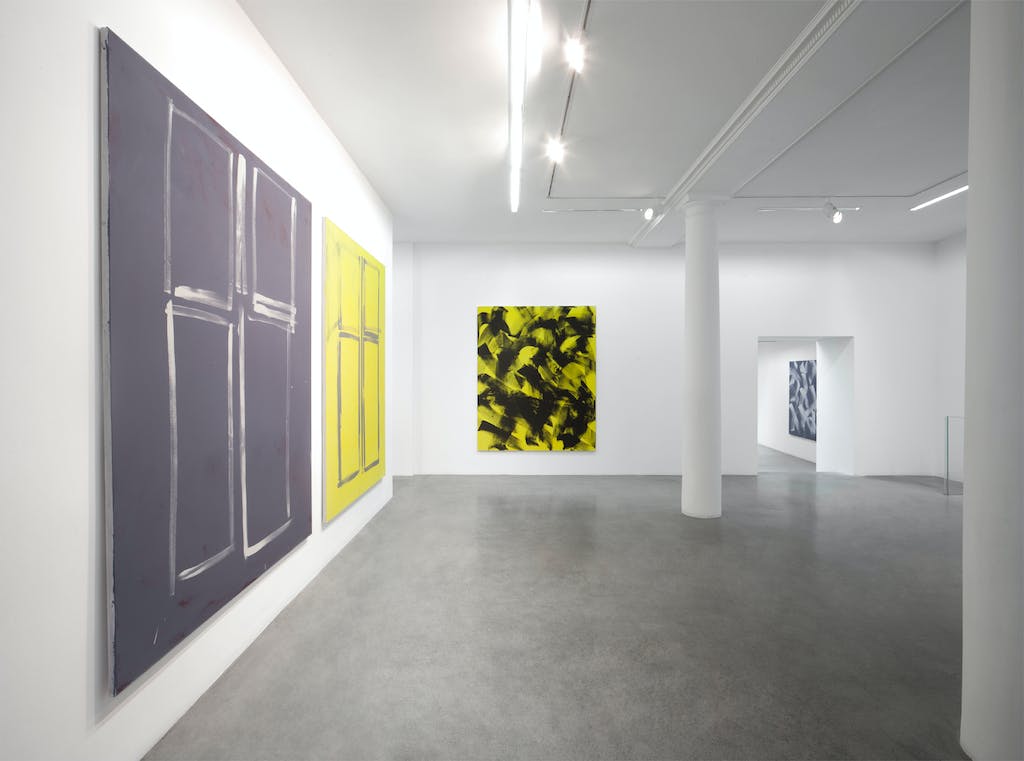 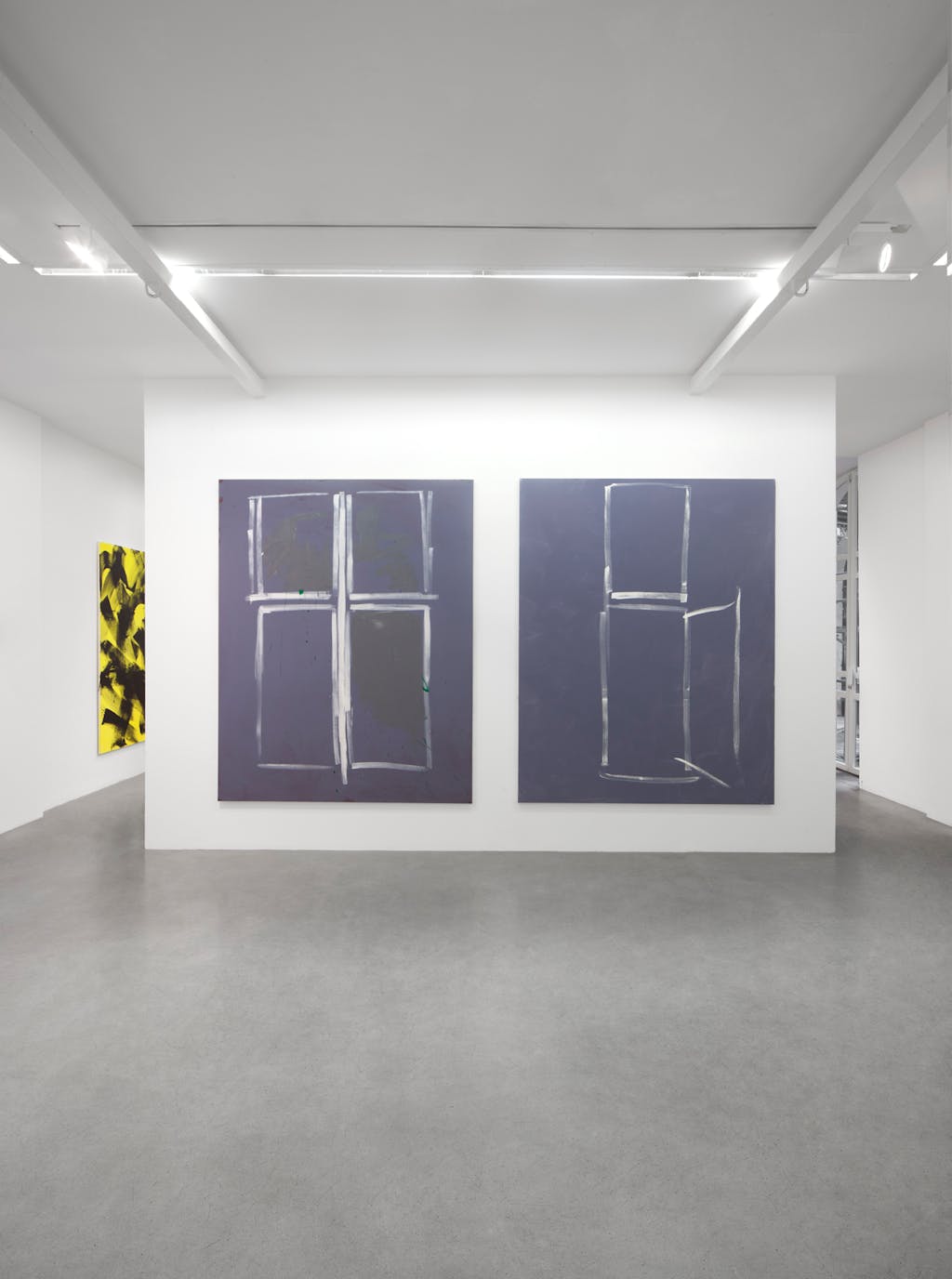 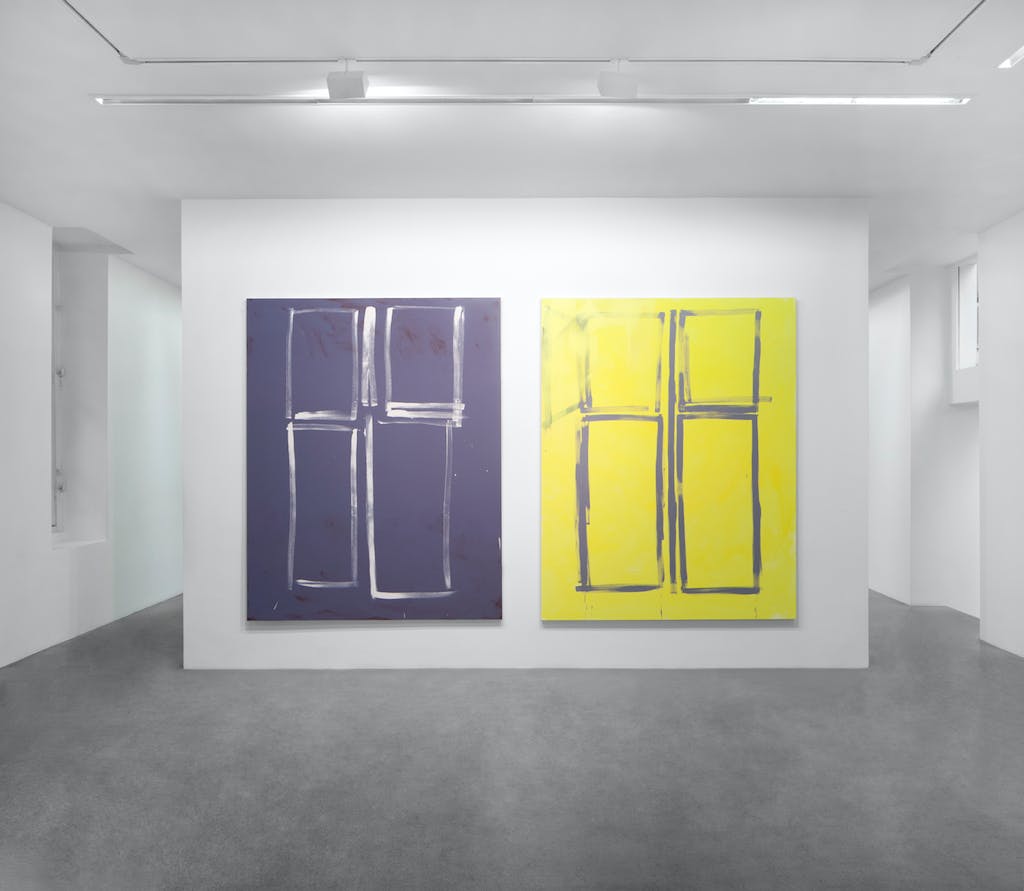