Kamel Mennour is proud to present “Céleste Temesta”, a show by Valentin Carron.
With a mixture of brutality and humour, Valentin Carron’s exhibition plays with the state of medicated lethargy—dulling contrasts and modifying the effects of reality—evoked by its title, ‘Céleste Témesta’.
On the painted walls of the first room, Carron presents a series of new collages in wooden boxes, compositions according to the most simple definition: a subject on a background. ‘I’ll look for these backgrounds and subjects. I make myself a relationship of proximity with them. I like being a witness to the presence of each of these objects in the real. I drive around and I pass scenes, schemes. I see subjects and I see them already included with their background. It becomes a bit obsessive. There are subjects I owe it to myself to have. Subjects I owe it to myself to take. Subjects I owe it to myself to work. I’m attracted to margins, to marginality. Sometimes I find situations that are so pathetic and depressing that I try to conserve the proofs of this visual poverty in order to try to transcend it later. I make use of what fails, of what shows itself like a piece of information that should be able to improve my existence. I address myself with these broken promises: a poster for a comedy show, a flaking wall, a hairdresser’s logo, a heart, a piece of fake marble… These subject have asked nothing of me. I capture them. I put them on adhesive paper, I make outlines for them or I make use of their mental or physical textures. All this lies around in my studio until the moment I try to assemble them, to produce collisions, a grinding noise between the parts.’
Collaging the subjects together with wooden offcuts, Caron assembles fragments and archetypes of different iconographies. But the sources, gathered from the real like possible sweepings from the advertising industry, also very clearly evoke art historical references. With his acidic, cutting compositions, Carron appears to be unfolding an allegory of weary boredom, the boredom of an artist who owes it to himself to bear witness to the dreary platitudes left by modernity in our everyday lives. He takes us on a walk through a dirty, depressing night.

On the level below, the atmosphere of the second space is completely different. Its overhead light and its white walls are reassuring. The works arranged in the white cube even seem familiar to us. Everything seems directly connected to the history of contemporary sculpture. We might think we were in the presence of a final reinterpretation of Joseph Beuys or a post-post-minimalist installation. But, perversely, the objects of this installation are in fact a series of replicas of village water troughs.
‘These troughs no longer serve any purpose in the villages. They’ve become purely decorative. They are no longer even places to meet, now that there are service stations. But all these little urban conglomerations still try to confirm their identity through them.
In the past, the troughs were already produced with a proto-industrial form. It’s extremely regular, which was how one worked granite. They’re undecorated. They have no structure of their own, no purely decorative flourishes. They’re as pragmatic as possible. They’re the simplest statement of a stone basin.
I think of myself however as making naturalist representations. My objects are fakes. They’re not heavy. But as copies they have been made with the highest possible level of exactitude and the upmost care.’
Through the extreme attention that the copying of these outdated, fallen objects allows, lifted as they have been from real life, Carron ridicules the vain attempts at identitarian distinction made by the authorities to distinguish us from one another. Taken out of their usual context, these basins do indeed reveal the marks time has left on them—so necessary for reassuring the city authorities—but also their worn shape and the sincere weakness of their forms.
With ‘Céleste Témesta’, Valentin Carron has again demonstrated his strength for perceiving in the real, in what is close to hand, the cracks behind which we would collectively like to seal off our most basic feelings. 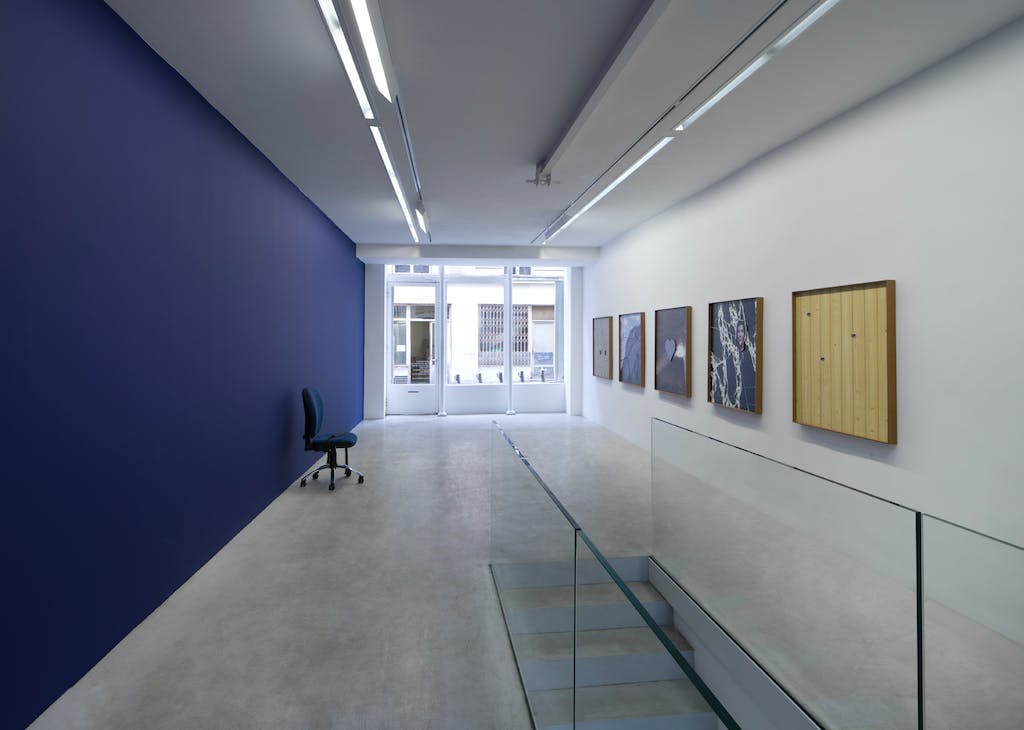 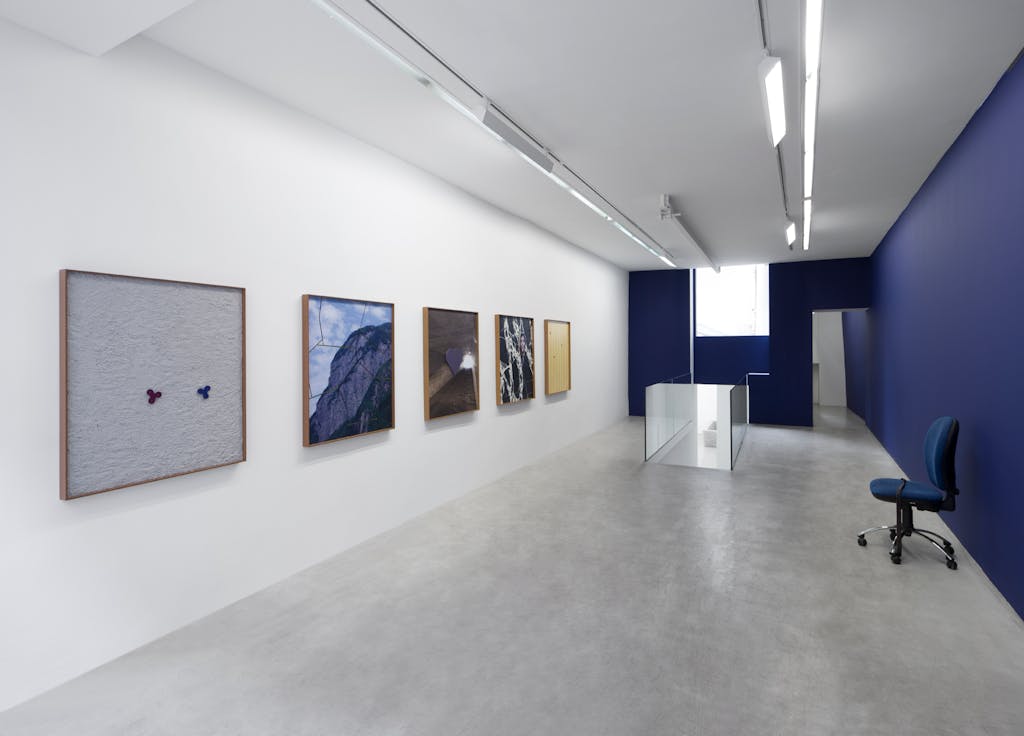 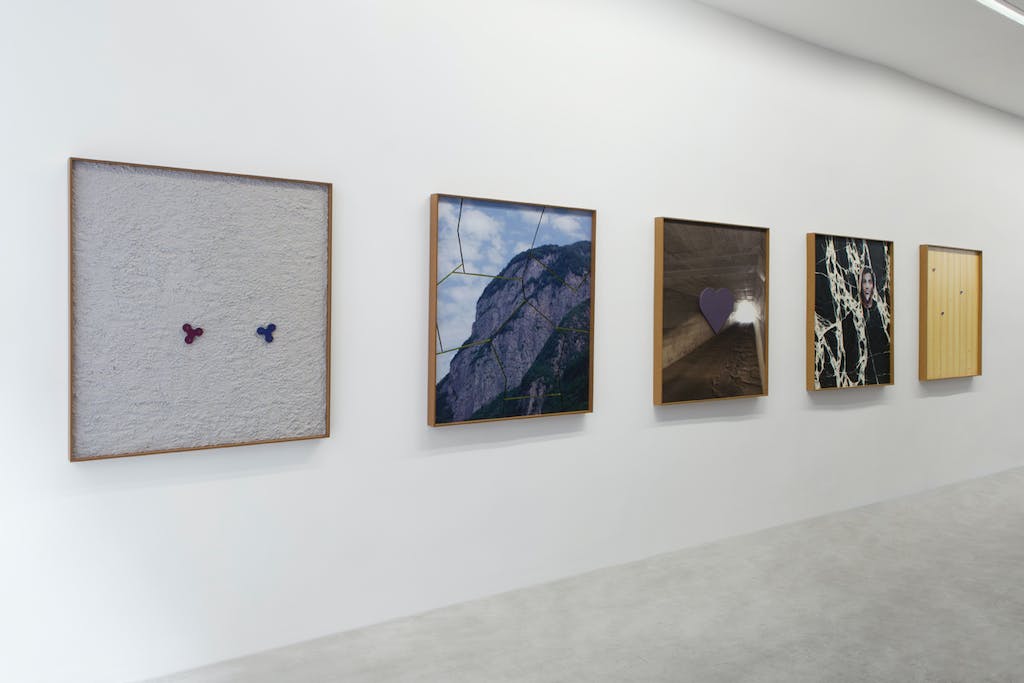 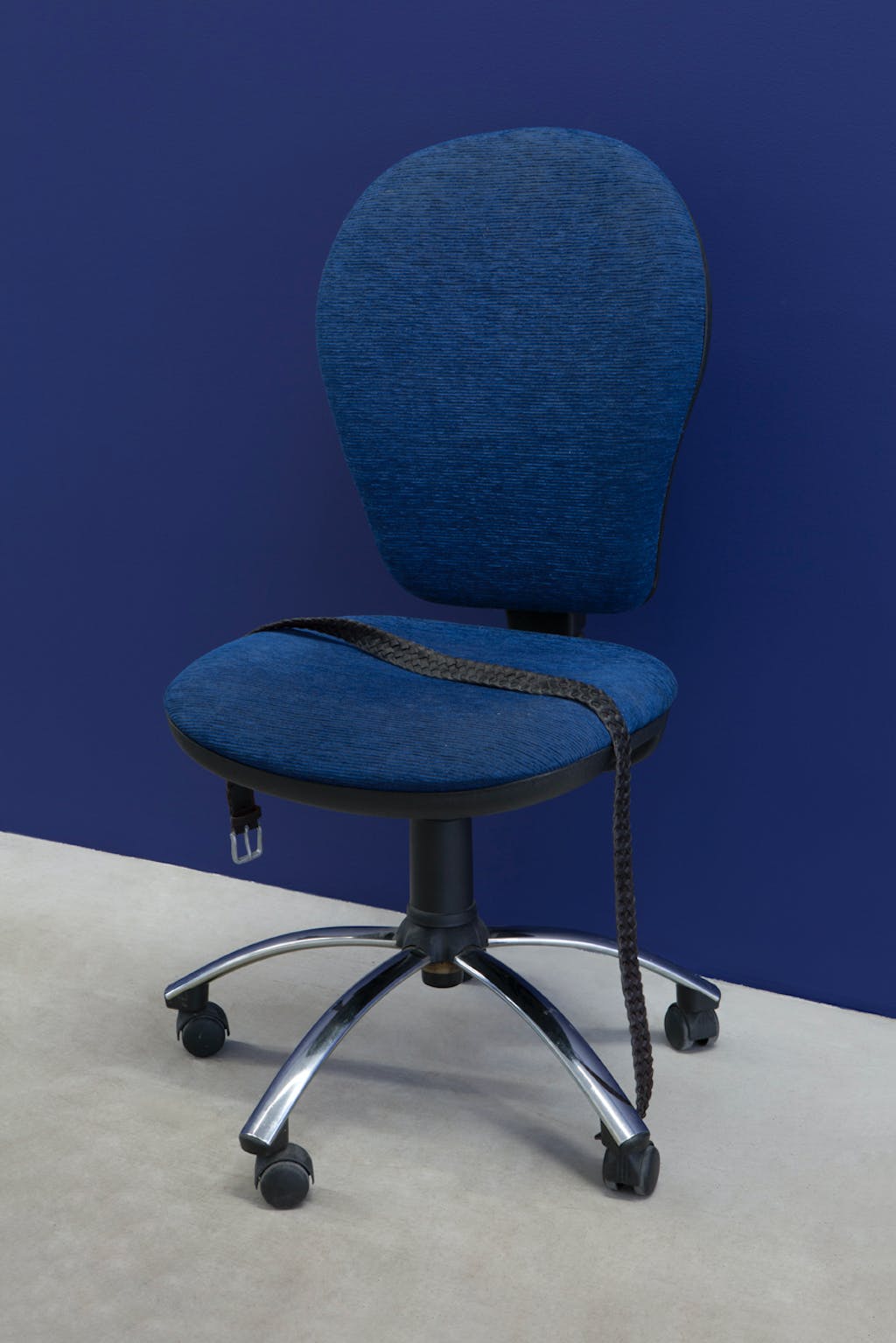 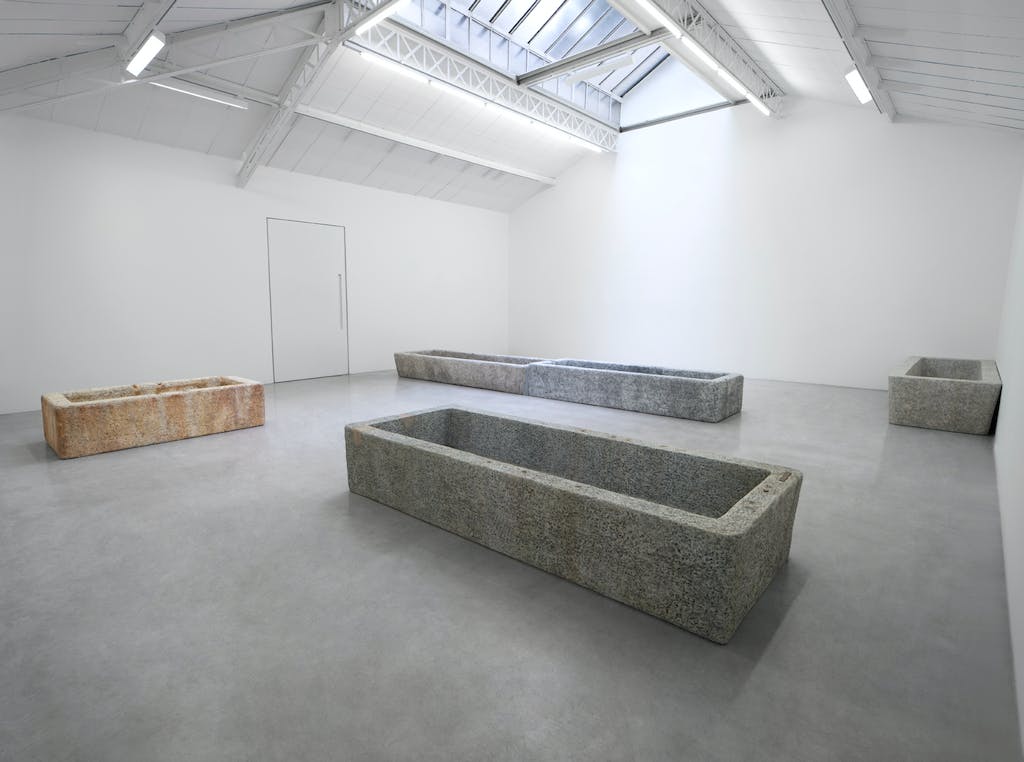 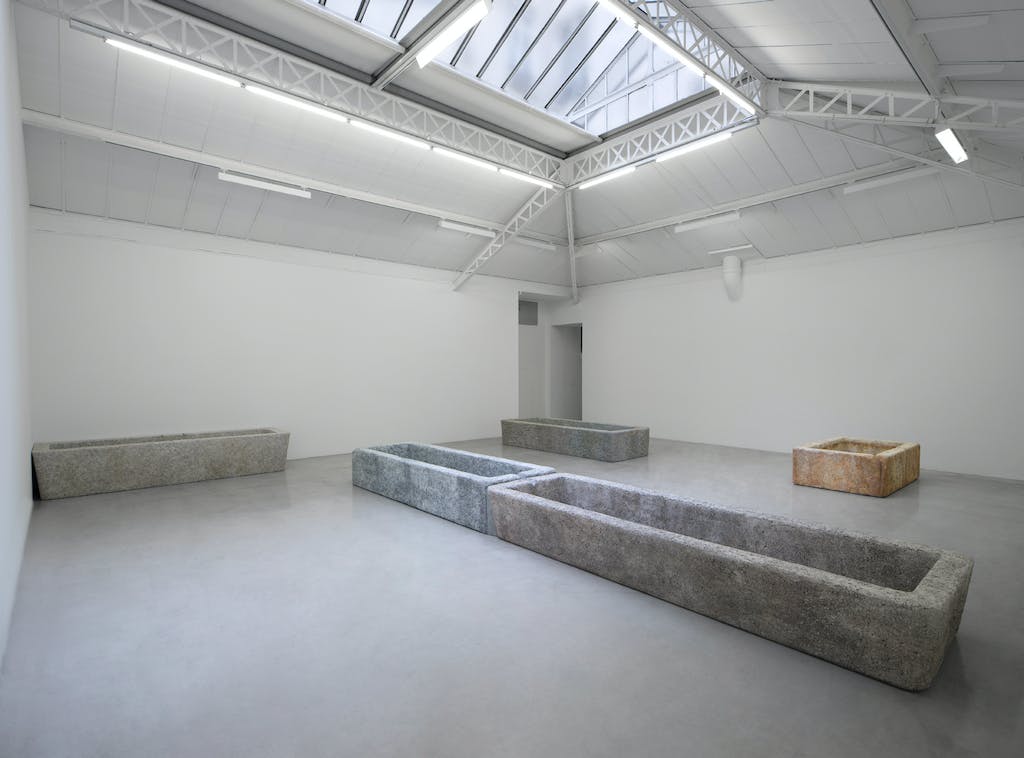 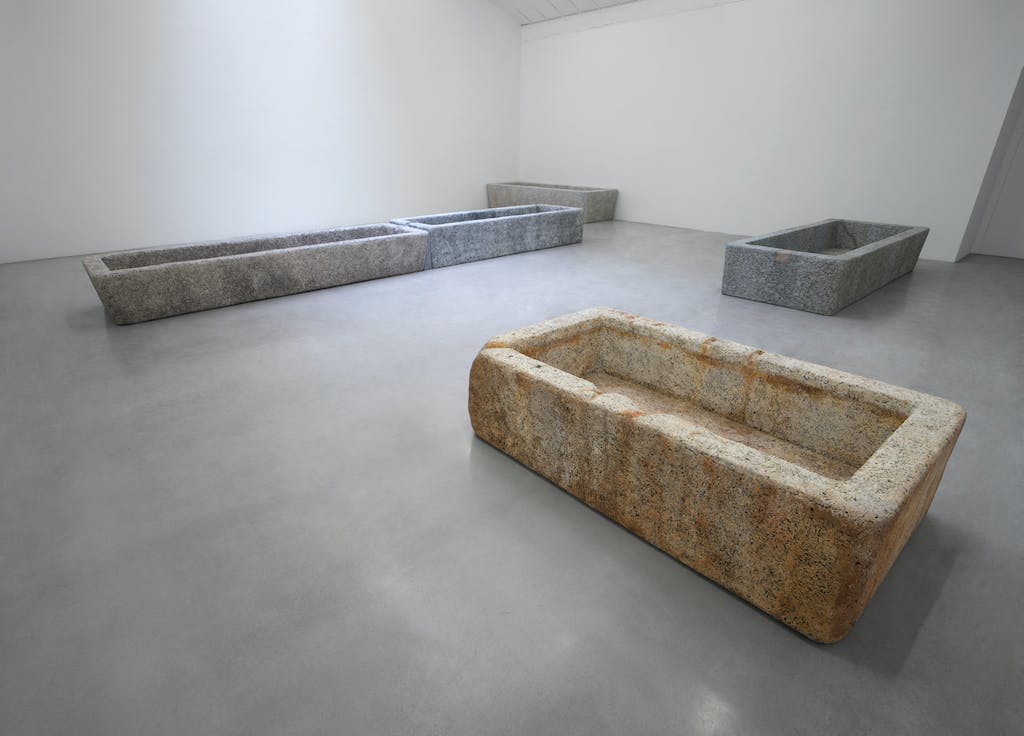